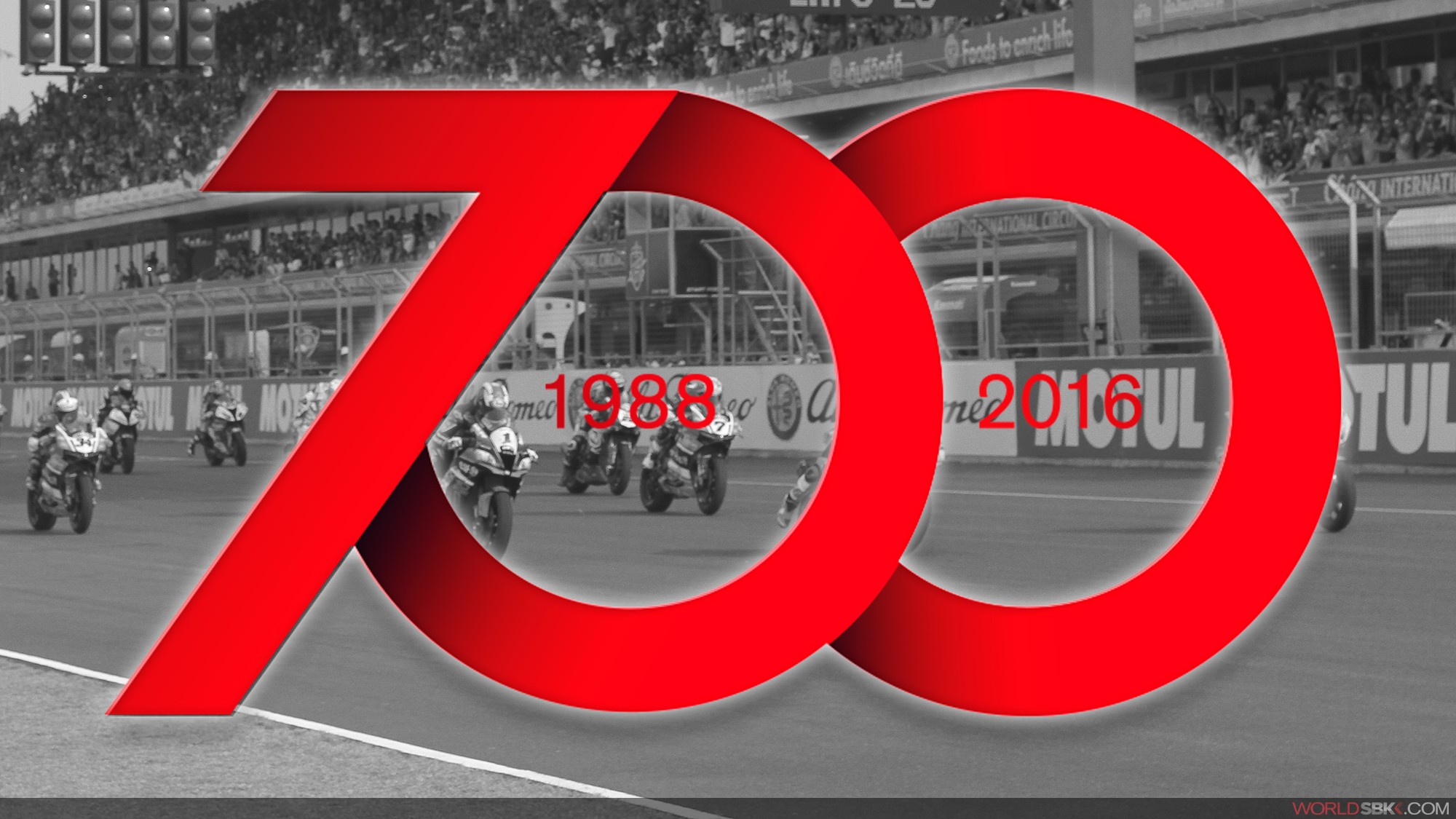 Race 2 in Aragón hails the 700th race in WorldSBK history

WorldSBK came to life on the weekend of the 3rd of April, 1988, and exactly 28 years later is set to hit the milestone of 700 races in Race 2 at MotorLand Aragón. To celebrate three decades of the world’s top production motorcycle racing Championship, we take a look through the landmarks that laid the way to this new milestone.

100
The first hundred was reached in Spain: it was the 21st of June, 1992, and the track was Jarama. Race 1 was the milestone, and was won by Rob Phillis on a Kawasaki.

300
Misano 2000 was the stage of Race number 300. Troy Corser captured the milestone on the Aprilia RSV 1000, and also won the second Race that weekend, recording pole, both fastest laps and leaving only one lap for the opposition to lead.

400
Time for another milestone race on British soil after the debut at Donington: at Silverstone, 2004, the WorldSBK championship hit the 400 mark in Race 2. Chris Vermeulen took his maiden win on a Honda.

500
Four years later at Brno in 2008 was the 500th race for the World Championship. Ducati locked out the podium in the Race (2), with Troy Bayliss winning from Michel Fabrizio and Max Biaggi

600
Bad weather spoiled the party: it was all set for Donington to be the 600th, 24 years after the championship was born on that same track, but the cancellation in Monza one week before meant that the milestone was reached on American soil, at the Miller track on the 27th of May, 2012. Spaniard Carlos Checa won it, ahead of Marco Melandri and Max Biaggi.

The most successful riders for each ‘century’ in the championship: