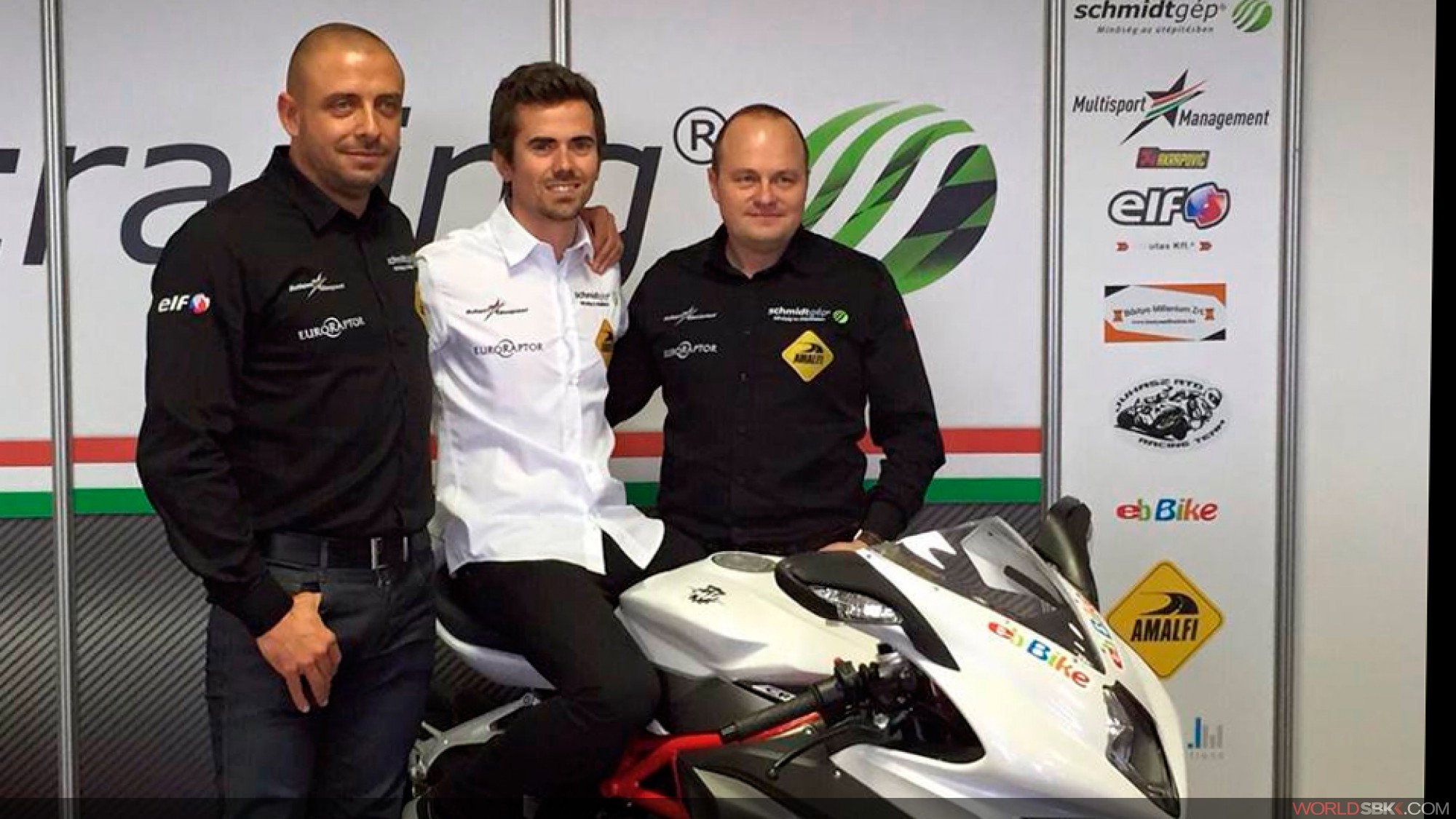 Nico Terol will race a full season of the FIM Supersport World Championship of 2016, having signed up with the newly-formed Schmidt Racing team from Hungary. The Spaniard will compete with an MV Agusta F3 675.

Terol, 27, took part in the final three rounds of the 2015 season with the MV Agusta Reparto Corse team, replacing the injured Jules Cluzel. With Cluzel having since re-signed alongside Lorenzo Zanetti for next season, Terol was on the lookout for a ride.

“I will be returning to ride in World Supersport,” Terol states. “It is a category I like, as I already knew 600cc bikes very well from my time in Moto2. It is the only place I have wanted to be racing in 2016.”

Terol – the final 125cc Grand Prix World Champion, in 2011 – further expressed his excitement on his Instagram account, pictured trying the bike for size in a partnership which will see the Schmidt Racing squad receive technical support from the MV Agusta factory. “I am very happy and motivated by this new adventure,” the Valencian wrote.