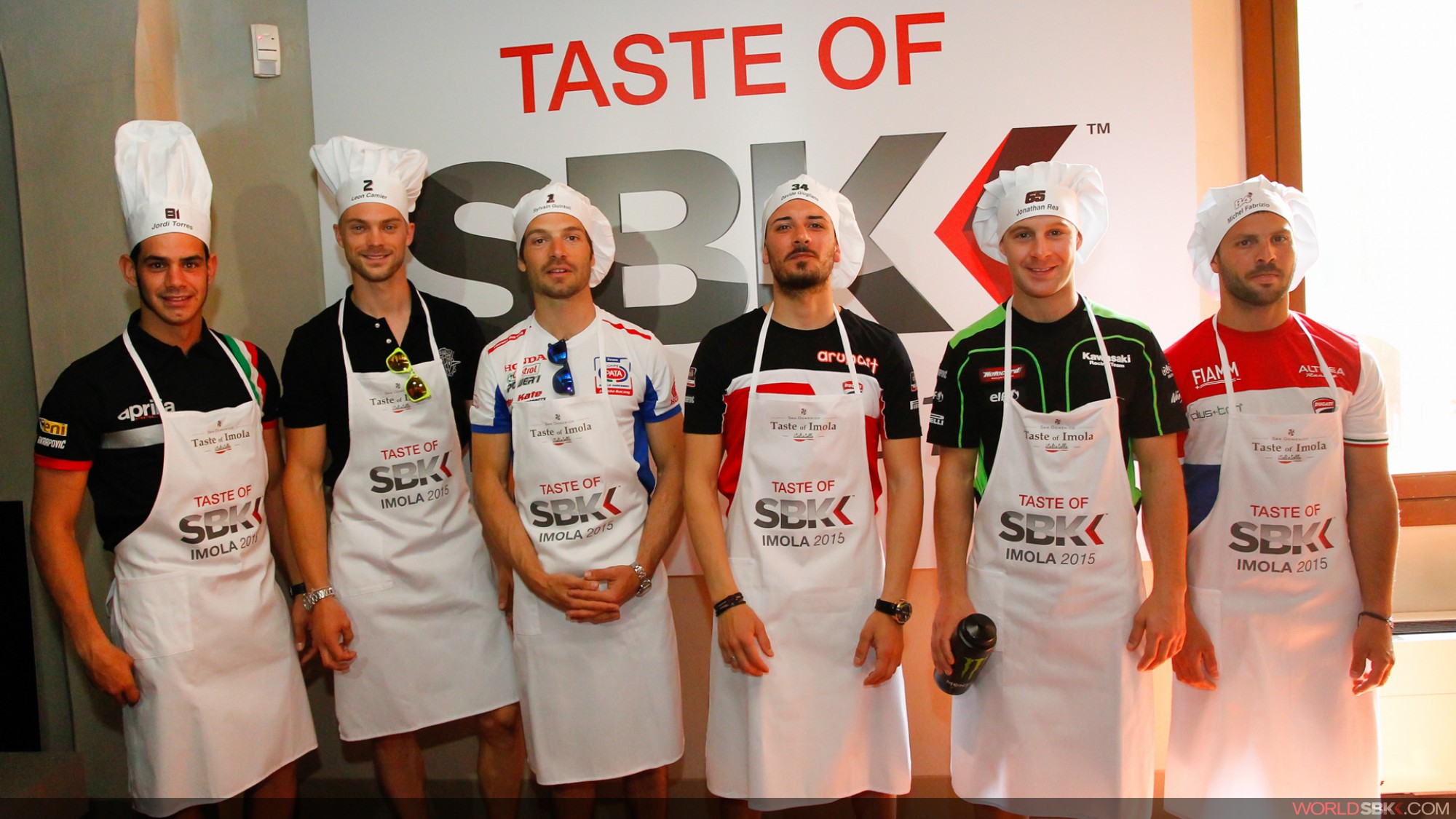 Kitchen combat as round 5 begins for a selection of leading riders.

Anna Capella (Mediaset Italia Journalist), Stefano Saragoni (Motosprint magazine Director), Ernesto Marinelli (Ducati Superbike Project Director), and Federico Poggipollini, Singer and Guitarist decided that Michel Fabrizio was the winner of the challenge, awarding him 18 points out of a maximum 20. The Italian narrowly pipped Leon Camier to the victory before being awarded a specially commissioned piece of artwork that combined the best of WorldSBK racing and cooking. He went on to say: “It’s a great way to come back into the series with a win, but my mind is focused on the weekend ahead. It could be my only races of the year so I must do my best.”

The official event opening Press Conference is scheduled to take place at 1630 on stage in the Paddock Show.