Guintoli and van der Mark eager to build on the encouraging Thai performance.

After the opening two rounds in Australia and Thailand, round three of the 2015 eni FIM Superbike World Championship sees Pata Honda riders Sylvain Guintoli and Michael van der Mark return to Europe for this weekend’s third-round encounter at Motorland Aragon near Alcaniz in Spain.

The 5.077km Hermann Tilke-designed Aragon circuit features a revised, shorter layout for WSBK’s return, eliminating the tight hairpin at the end of the long back straight and instead utilising the faster left-hander used in MotoGP to bring the riders back on to the start-finish straight.

Following the season’s opening two rounds, Guintoli currently sits in fourth place in the championship standings but the 32-year-old reigning world champion from France knows there is still work to do with his team to be fighting for podium places this weekend.

Sylvain Guintoli: “Aragon is about playing catch-up really, because it’s clear that we haven’t been fulfilling our potential in the first races of the season. My physical condition is still improving and I’m feeling better than I was in Thailand, so that’s all going in the right direction, but we need to improve our overall performance so that we can fight at the front. We’re all working hard to realize the potential of the package, especially in the areas of engine brake and power delivery. Testing conditions were not very good when we were at Aragon in January but the weather should be better this weekend. I’m looking forward to getting back there on the CBR, though; it’s a good track and I’m happy they’ve taken out the hairpin at the end of the lap, which kind of broke the flow.”

Michael van der Mark: “I really like the track at Aragon because it has a great mix of fast-flowing corners and tighter, technical sections. I think it will improve with the faster left at the end of the straight instead of the hairpin. I certainly enjoyed riding it when we tested in January but the weather was really cold so we couldn’t achieve very much. I’m quite happy with my performances over my first few races in World Superbikes. Thailand was great but the first round in Australia was really good and I’m hoping for the same feeling this weekend in Aragon. We knew that my rookie season would be about learning new things and that it would have some ups and downs, but so far I think we are more or less in the place that we expected to be.” 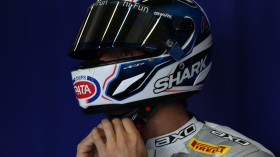 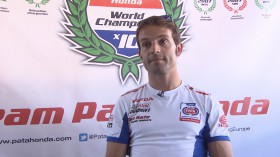 The Frenchman has been very successful over the years at his home track. 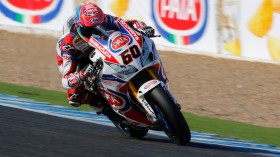 Guintoli and van der Mark eager to fight at the front in France.