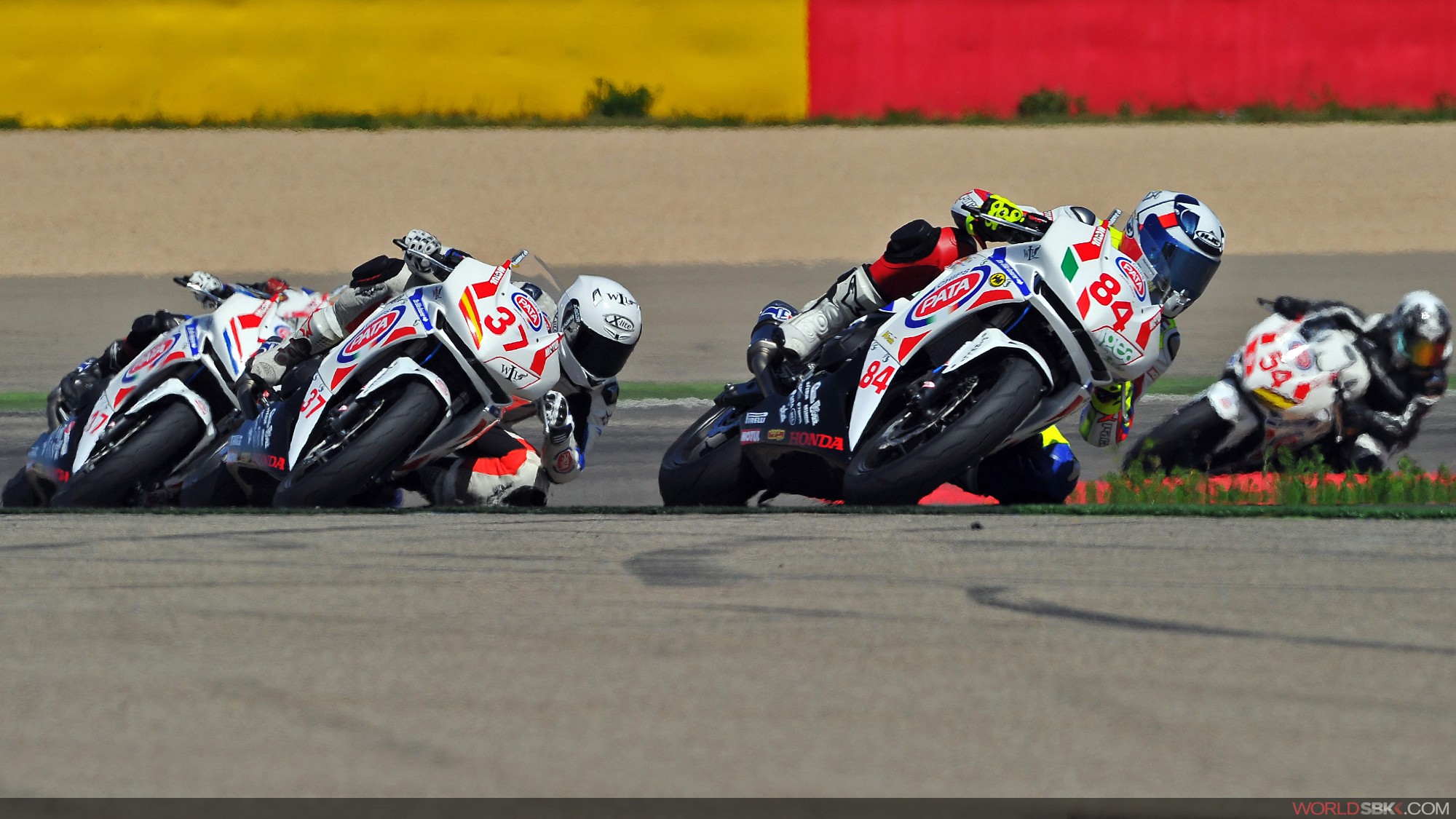 More than 30 riders from 16 countries will fight it out over 8 rounds.

The Pata European Junior Cup, powered by Honda will once again feature at all European events of this year's WorldSBK series, providing the sports future champions with an opportunity to shine in front of potential team managers and enthusiastic, knowledgeable fans alike.

With the all new Honda CBR650F the machine of choice for 2015, and the introduction of the 'women's' cup, the EJC continues to go from strength to strength with 30 full time riders from 16 countries represented.

Javier Orellana who came so close to winning last year’s crown is back again, the Spaniard keen to win the title that eluded him in 2014. Orellana is one of several former front-runners to keep an eye on in 2015 with Josh Harland (GBR), Hannes Soomer (EST), Illan Fernandez (ESP) and Mika Perez (ESP) all ready to step up and fight for title glory.

For the first time ever some of the fastest young ladies from across the globe will be recognised with the all new ‘Women’s European Cup’ highlighting the ever increasing number of female competitors that are keen to show their male rivals that girls can be fast too. Viktoria Kis is one such competitor, the Hungarian already coming out on top in the Qatar Road Racing series where she recently won the Supersport 600cc title.

The 8-round championship starts in Aragon and ends at Magny-Cours.

For 2015 the Pata European Junior Cup, Powered by Honda is to see races broadcast live for the first time, complete with English commentary, on the WorldSBK Official YouTube Channel.