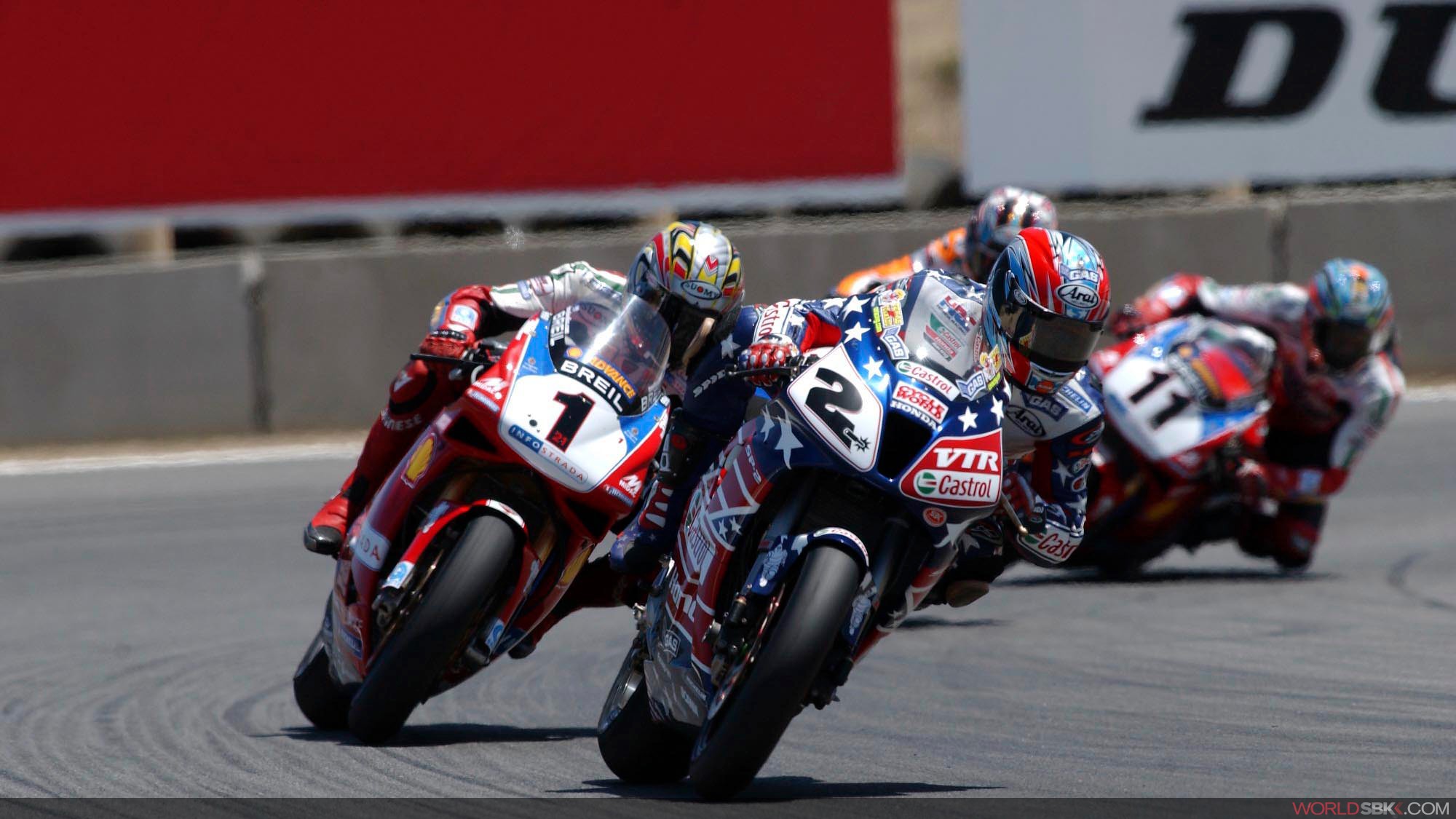 Memorable moments and significant dates ahead of Round 9.

Laguna Seca first appeared on the WorldSBK calendar in 1995: a year of dominance for Carl Fogarty, whose path to the title that year been very similar to that so far of Jonathan Rea 20 years later.

The first race victory at Laguna was taken by Anthony Gobert, while championship leader Fogarty had to settle for fifth place, some 25 seconds behind and reporting engine-related problems. Troy Corser won Race 2, with Gobert behind him, while Fogarty’s difficult weekend ended in seventh position and over half a minute behind the winner.

Over the next two years, 1996 and 1997, few could match John Kocinski as the American clinched three of the four wins; the only exception was Race 2 in 1996, when he had everything under control until he fell on the final lap.

With Kocinski having left World Superbike in 1998, it was again the turn of Corser at Laguna Seca, but a double was denied thanks to the Race 2 success of Noriyuki Haga.

Corser was again the man to beat in 1999, with a third pole at the venue: a record which still stands. In the race, the Australian found himself unable to fend off the challenge of the Vance & Hines Ducati team: Gobert won Race 1 while Ben Bostrom pleased the local crowd by sealing his first WorldSBK victory in Race 2.

The 2000 edition proved to be a repeat of 1998, with victories for Corser and Haga, while in 2001 Bostrom achieved a popular double; in fact, three of the American’s seven career victories came at Laguna Seca.

2002 is always remembered as the season in which Troy Bayliss and Colin Edwards fought in classic style for the title. Laguna reflected this, as the duo shared the two wins.

It took until 2003 for a European rider to claim the top step. The honour went to Frankie Chili, who clinched Race 1 following a crash for Ruben Xaus. Xaus, trying his upmost to keep team-mate Neil Hodgson in touch for the title, would fight back to win the second race from Hodgson.

In 2004, Chris Vermeulen found the sweet spot with Laguna Seca. Riding a Honda, the Australian took Race 1 in front of no less than six Ducati bikes, while in Race 2 the amount of Ducatis behind Vermeulen went up to seven; James Toseland – who went on to claim his maiden title that year – was less than one second behind the winner at the finish, with Regis Laconi completing the rostrum in third position.

After the 2004 meeting, World Superbike would not return to Laguna Seca until 2013; Tom Sykes clinched the first British victory at the Californian track, while Eugene Laverty would not give in to Davide Giugliano and won Race 2 by just 0.112 seconds.

Last year, Marco Melandri led an Aprilia one-two from team-mate Sylvain Guintoli in Race 1, while Race 2 was stopped twice before Sykes claimed the win. Guintoli ended the day with another second place in what would prove to be his title year.

- Three riders have won at Laguna Seca in years they become World Champion: John Kocinski did the double in 1997, Colin Edwards won Race 2 in 2002 and Tom Sykes won Race 1 in 2013

- Australian riders have been more successful than any other nationality at Laguna Seca, with 9 wins followed by the USA’s 7. No other nation has more than two wins to its name, although two have been achieved by three countries: Japan, Italy and Great Britain. The Republic of Ireland and Spain have one win apiece

- The riders with most Laguna Seca victories to their names have each won at the track three times: John Kocinski, Ben Bostrum, Anthony Gobert and Troy Corser

- Italian Frankie Chili was the only rider who competed in all 20 races that took place at Laguna Seca during its first stint on the calendar, from 1995 to 2004

- The only rider to have started from pole position at Laguna Seca on more than one occasion is Troy Corser (3 poles); each of the other nine pole-sitters have clinched the top grid spot only once