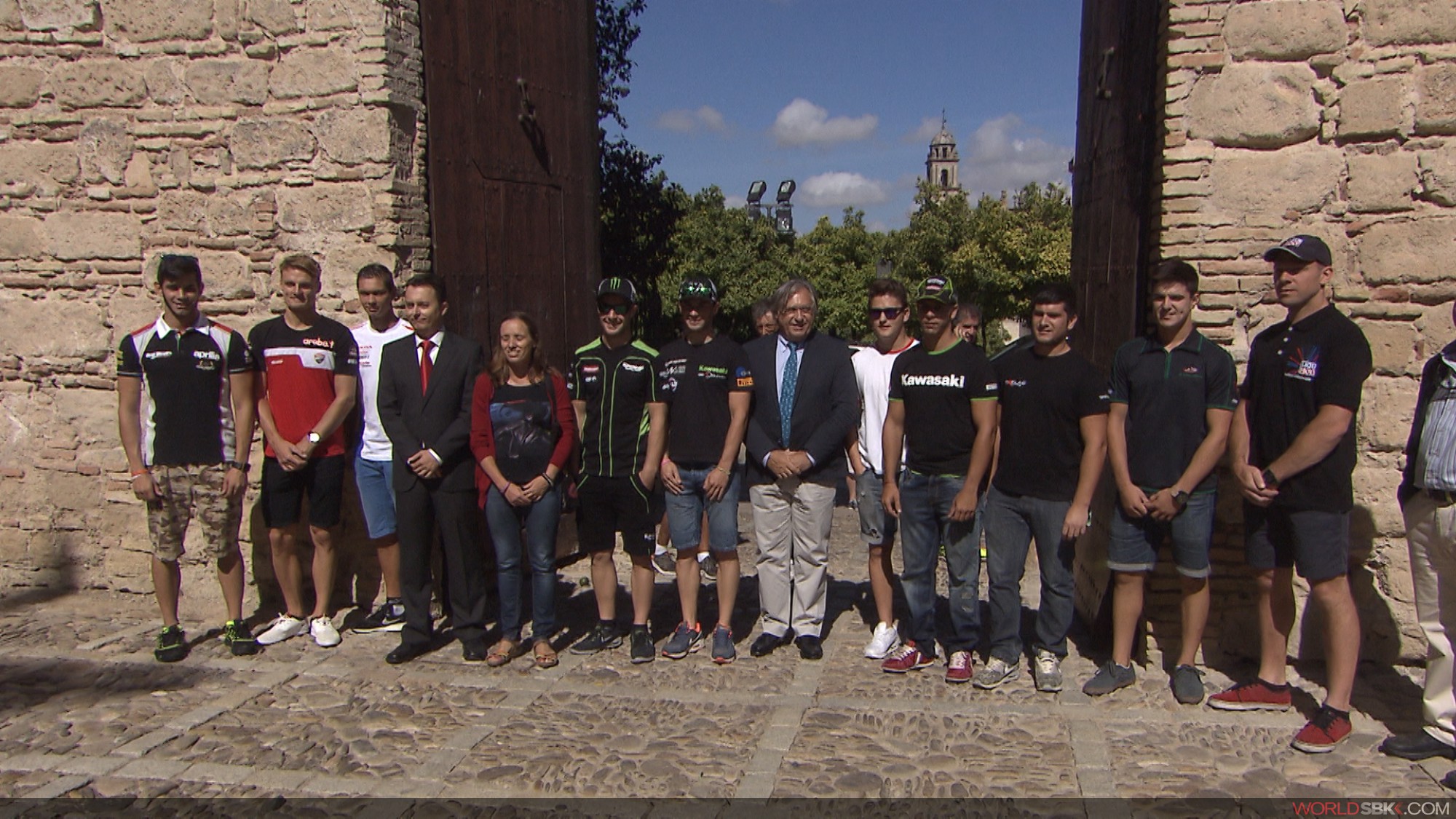 Riders take a tour around the Alcazar before meeting the fans.

Ahead of tomorrow’s opening day of on-track action at the Pirelli Spanish Round of the 2015 eni FIM Superbike World Championship, a selection of riders were invited to visit the historical Alcazar of Jerez, an 11th century Fortress located in the city of Jerez de la Frontera, before attending an autograph session at the neighbouring Plaza del Arenal.

The event began with a guided tour of the impressive fortress, which includes an Octagonal Tower, the sole remaining mosque and the Baths, where some of the original heating system is still partially visible.

The group then moved to the Plaza del Arena, an impressive square adjacent to the Alcazar where they were met by fans, who had been queuing around the square awaiting the riders.

Replica bikes of the leading WorldSBK manufacturers were also on display in the Plaza, providing the fans a unique opportunity to get up close to the machines raced by their heroes.

Looking ahead, it's highly likely that some fierce competition on Sunday could see champions crowned in STK1000, EJC as well as in WorldSBK with Jonathan Rea, Lorenzo Savadori, Javier Orellana and Avalon Biddle all on the brink of title glory. Before racing commences however there will be a number of practice sessions ahead of official qualifying for all classes, beginning tomorrow with FP1 for STK1000 at 0845 local time. The opening session for WorldSBK starts at 1115 local time.

Keep up to date with the latest action direct from the circuit by following on Twitter: @WorldSBK