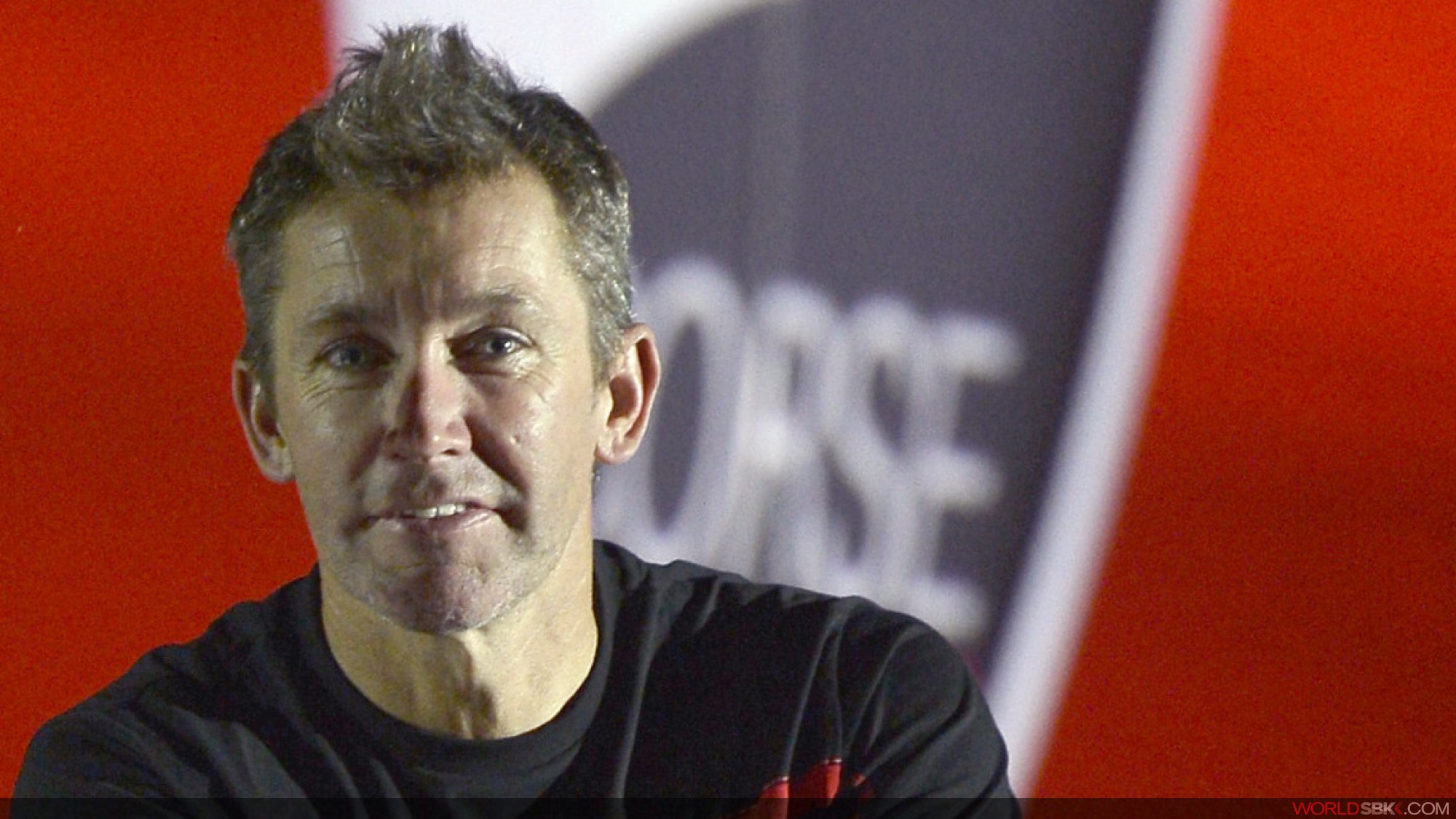 Troy Bayliss – WorldSBK Champion of 2001, 2006 and 2008 – is to make a surprise return to the paddock as he substitutes for the injured Davide Giugliano in his home event this weekend. The news was announced by the Aruba.it Racing – Ducati Superbike Team on Wednesday, with Giugliano having been ruled out of action following a crash in testing on Monday in which he suffered back injuries.

“I want to start by saying that I really feel for Davide and that it’s a real shame for his season to be starting in this way,” Bayliss comments. “The desire to be able to return to the track and see the home crowd and the Ducatisti has always been strong, ever since I last raced. Also Phillip Island, one of my favourite tracks, is celebrating its 25th anniversary of World Superbikes. This gave me the idea to compete as a wildcard and work with the Ducati Superbike technicians once again.

“I know it’s going to be a very difficult weekend, also because it’s a while since I’ve ridden the Superbike but I do know the track well and so hope to get back into it after a few laps. I’ll try to enjoy myself and will of course be doing my best to score a good result and put on a good show for the public.”

The team has also announced the latest on Giugliano’s condition:

‘Davide Giugliano left the Alfred Hospital in Melbourne yesterday evening (Tuesday in Australia). Unfortunately the final prognosis for the Italian rider, who has two micro-fractures of the L1 and L2 vertebrae, is that he won’t be able to return to racing his Panigale R for a period of 90 days. Davide will fly home to Italy as soon as possible, where he will undergo further checks and begin rehabilitation in order to return to full fitness as soon as possible.’

Troy Bayliss last rode the Ducati Panigale bike in a test at Mugello in May 2014.