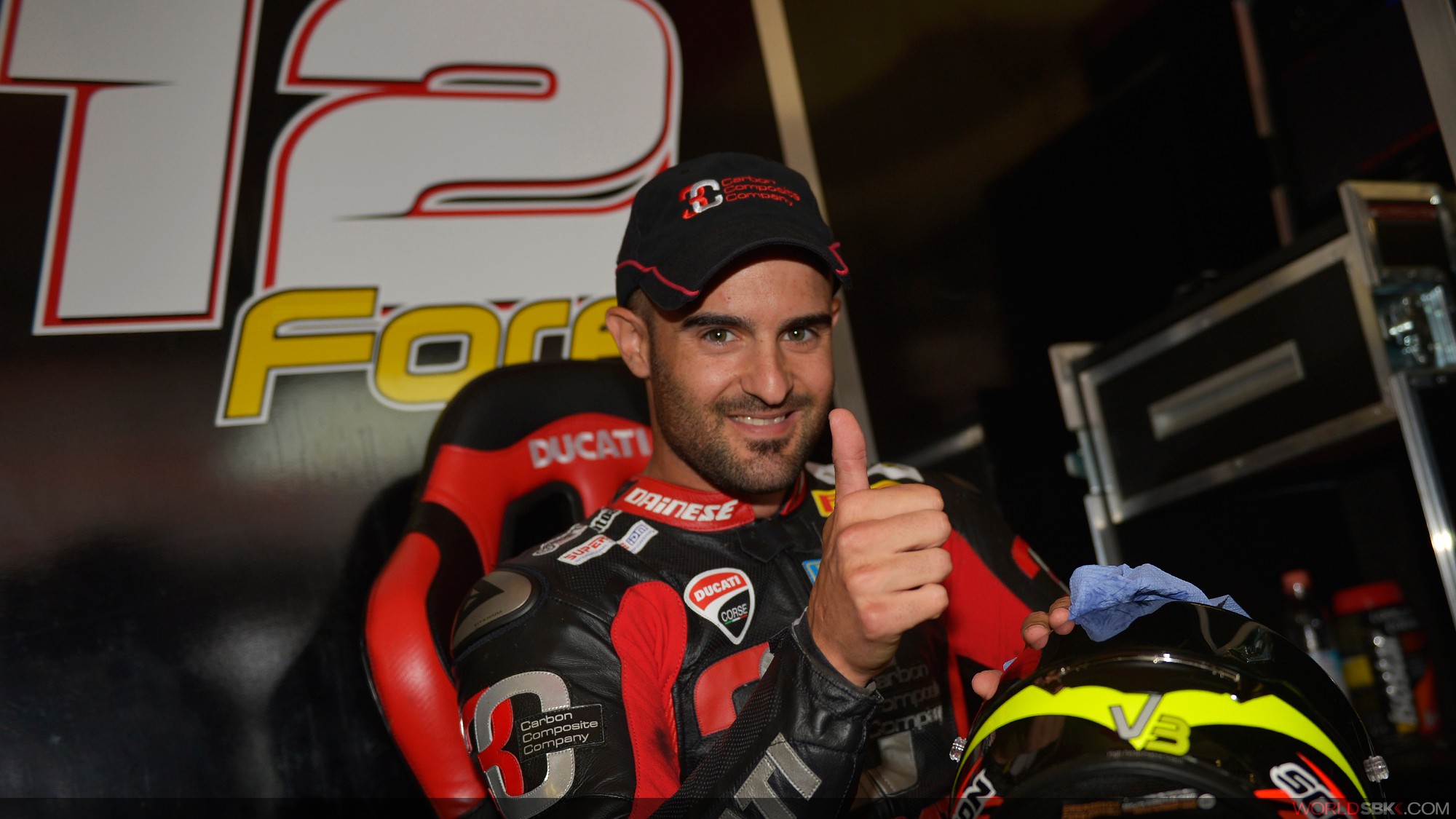 Xavi Fores on taking the Troy Bayliss hotseat for Aragon.

He’s been waiting for the opportunity to return to WorldSBK for some time. And now Xavi Fores will do so, at home in Spain as the latest rider to cover for the injured Davide Giugliano at Aruba.it Racing – Ducati Superbike Team. He takes over from three-time World Champion Troy Bayliss, who raced in Australia and Thailand.

“It’s been a long time coming,” 29-year-old Fores says in an interview with WorldSBK.com. “I know people were already talking about me coming to ride in Thailand, but Bayliss was top of the list – he’s a bit more newsworthy than I am!  When I read about his permanent retirement, I got back in touch with Ducati and we were able to agree everything. I’m really happy about it and I think we can do well.”

Agreeing that this is a good opportunity to demonstrate whether he can compete at a competitive level in the eni FIM Superbike World Championship, Fores goes on to discuss the opening two rounds of 2015 at Phillip Island and Buriram.

“I haven’t missed a race,” he affirms. “It is a championship I always follow very closely. I have been pleasantly surprised by Jordi Torres, who has been strong from the start. Also with Nico Terol, who is learning quickly. As always, I think the level is very strong: Jonathan Rea has been remarkable, Leon Haslam is back to where he deserves to be. The championship is very exciting this year.

“In terms of my own expectations, I’ve aware that Rome wasn’t built in a day. Actually, I have been off-track since October, so Aragon is going to be quite a workout for me. A track on which I’ve always been quick is Assen, plus it’s a track that suits the Ducati. At MotorLand, we could be hindered by the long straights…”

Fores’ latest foray into WorldSBK will be his fourth; he first competed in six races during the 2011 season, prior to racing at Jerez in 2013 and Magny-Cours towards the end of last year. To date, he has ten race starts to his name and a best finish of ninth, which came with Team Ducati Alstare in the first Jerez race of two years ago.