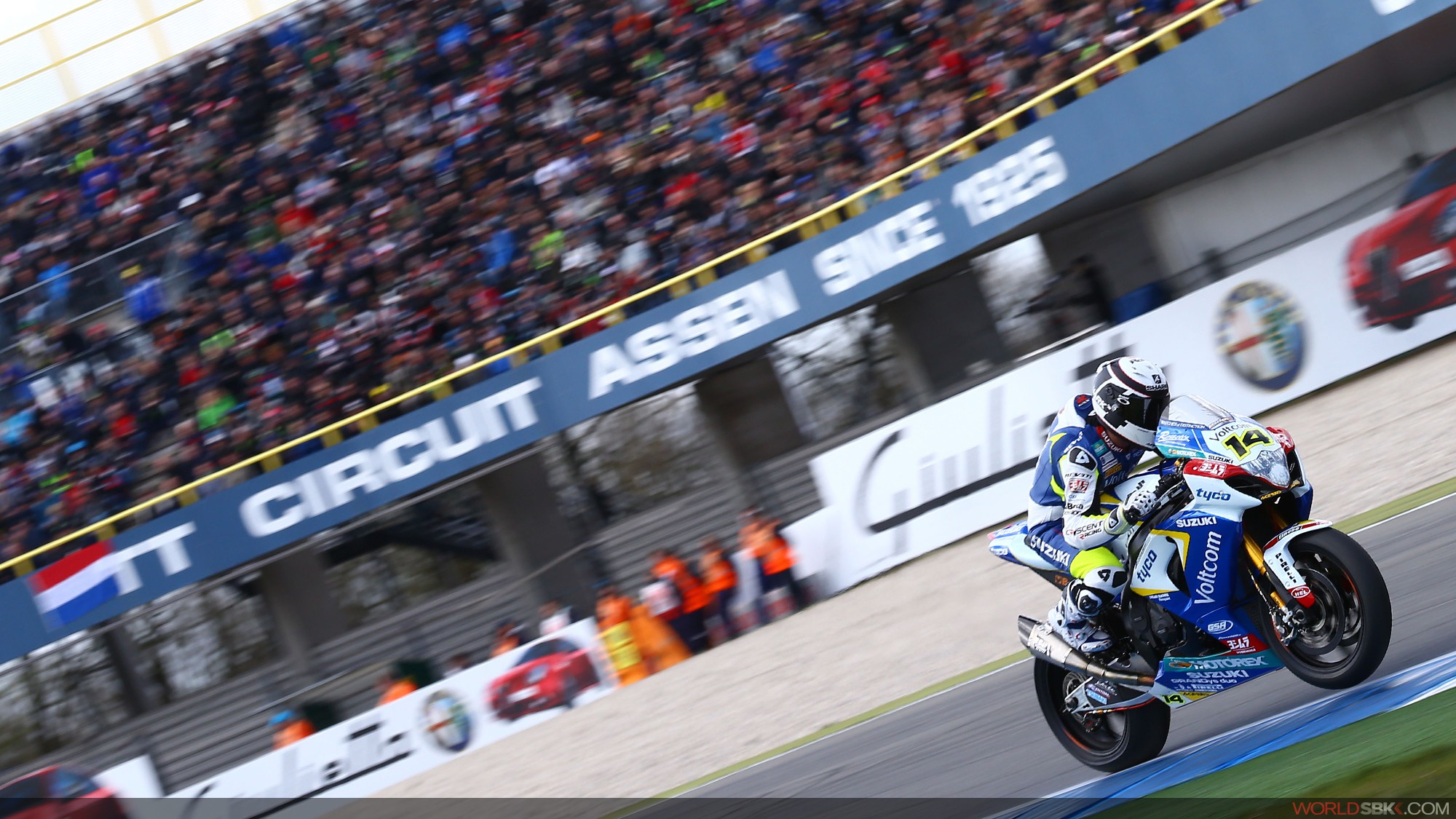 Voltcom Crescent Suzuki suffered a highly difficult start to the Assen weekend when both of its riders were removed from Race 1 in an unusual Turn 1 incident.

With Alex Lowes having run wide at Turn 1, the Englishman was in the process of rejoining when team-mate de Puniet lost control of his bike and slid into the run-off area at high-speed. The latter’s bike flew past that of his team-mate before barrel-rolling into the gravel trap, but it was de Puniet himself who collected Lowes.

“From the beginning of the weekend we’ve had problems with the traction control, engine braking…it’s impossible to ride,” de Puniet told WorldSBK.com. “I never got in three laps in a row until the race. So I started 18th and the feeling was not good, but you always try to give your best in the race. I was struggling a lot to stop the bike.”

The Frenchman went on to describe the double Suzuki crash:

“Alex went straight on. I was just behind and not able to decelerate the bike as I wanted, so had to apply more front brake pressure and lost the front at Turn 1. At the very same moment, Alex was there and when I slid my body hit his bike. I am lucky not to be hurt and so is he.

“My first bike was completely destroyed, so in Race 2 I used the second bike. The feeling with the chassis was not good and I had no front feeling, so I decided to stop because it was completely stupid to continue the race in this condition.”

Following the two-way retirement of Race 1 and de Puniet’s second non-finish of the day in Race 2, Suzuki did score points in The Netherlands as Lowes would complete the afternoon’s second encounter in ninth position.

Previously at Assen, Team Manager Paul Denning explained in WorldSBK.com’s In the Garage video that, since switching to a Magneti Marelli ECU in Aragon, the team is having to fit six months of work into six weeks.