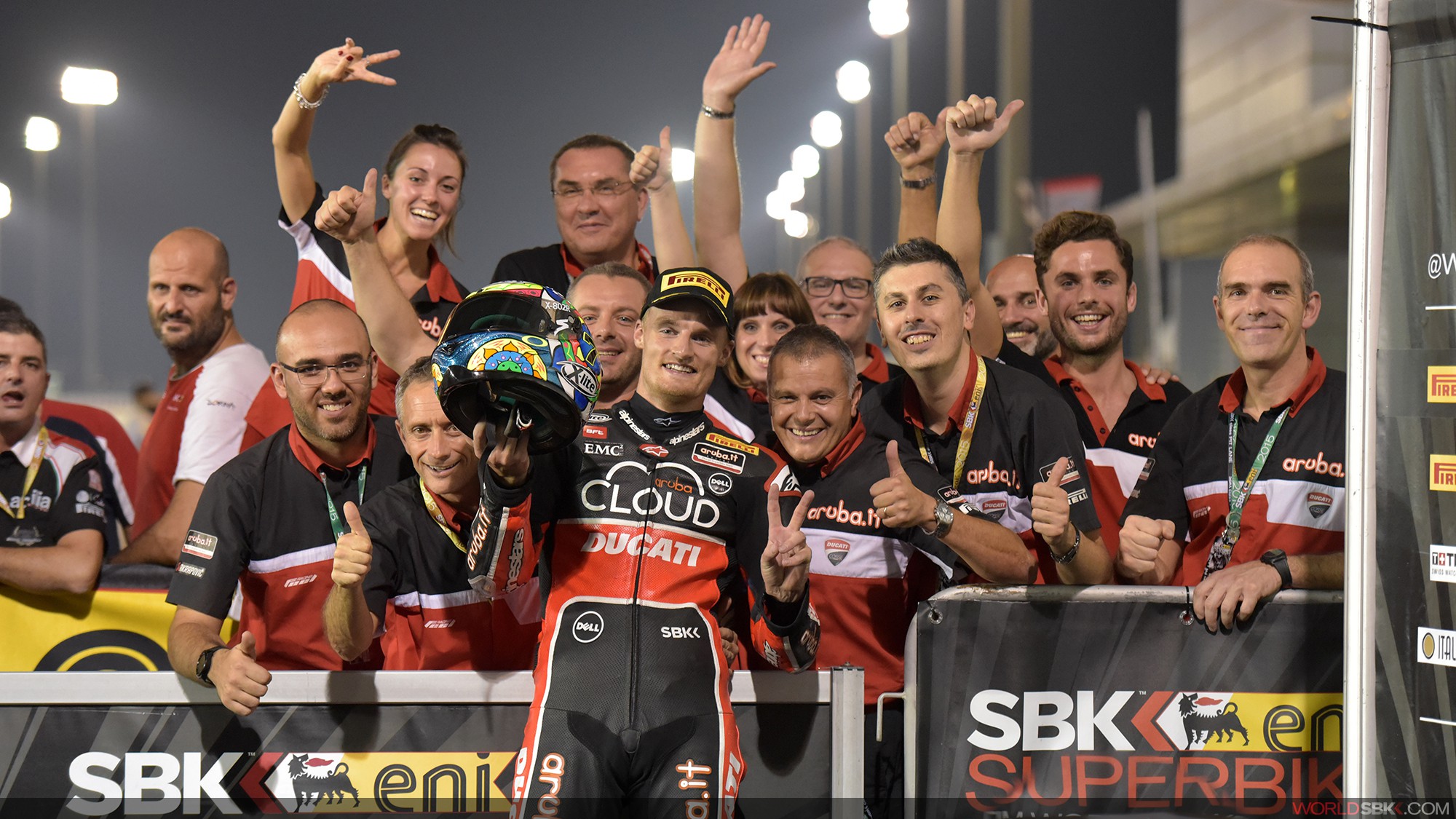 Ducati rider comes out on top in Qatar.

The pair headed into Sunday’s Qatar double-header separated by 16 points, ending proceedings 17 points apart as Davies finished the two races in respective fourth and second places while Sykes picked up a pair of third positions.

“I’m really happy,” commented Davies (Aruba.it Racing – Ducati Superbike Team). “We came here with the aim to finish second in the championship and we did just that. In Race 1 I struggled but, after making a few changes before Race 2, the suspension was better and I could push harder, though it was still definitely one of the hardest races of the year.”

Davies ends a highly impressive year with five race victories and 18 podium finishes from 26 races (second only to World Champion Jonathan Rea in both cases).

“Collecting more than 400 points over the season is not at all bad,” the Welshman began to sum up. “But we can always improve! We have work to do over the winter but I’m confident and excited about starting the 2016 season!”

From Qatar, Davies will spend one day in Dubai ahead of his 2016 pre-season testing schedule which starts from as early as next week.