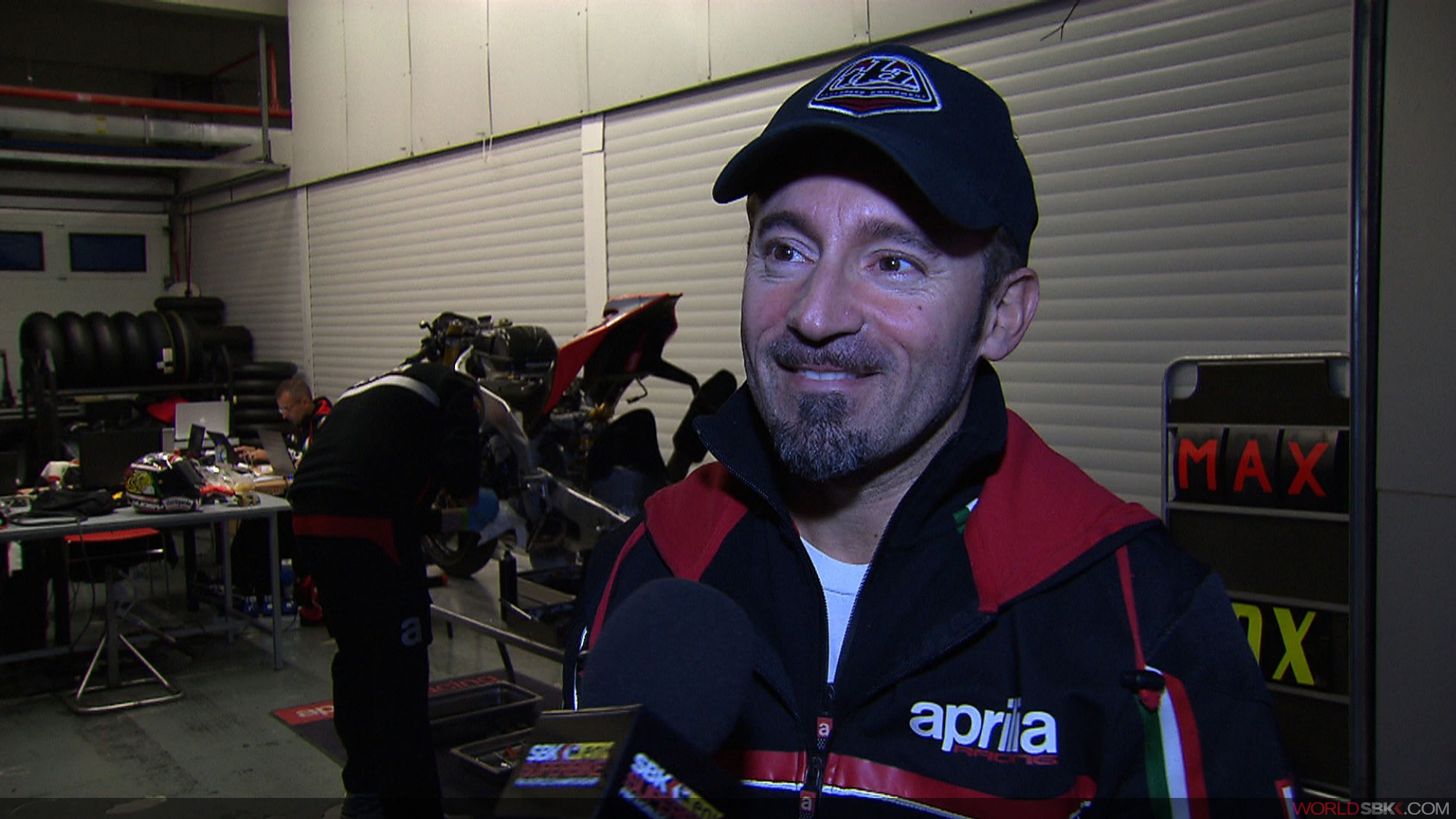 Max Biaggi was at Jerez last week to help develop the superbike machine the Aprilia Racing Team – Red Devils squad will be using in 2015. The two-time Superbike World Champion was back on the RSV4 machine for the first time since his retirement from professional racing back in 2012. This year Biaggi will be Aprilia’s test rider for both WorldSBK and MotoGP efforts.

“It’s really nice and fun to be back on a WorldSBK machine,” Biaggi said. “My last time was in 2012 so it has been a long time. It’s an honour for me to back on the track and to help develop the bike. Being away for more than two years means that I need to knock some rust off and get back into rhythm. This will take some time but it’s really nice. Looking back it would have been better for me not to stop at all but if I do enough laps I think I will be able to ‘go back in time’. These guys are very fast, though.”

Despite the rumours, Biaggi denied the chance of seeing him doing any wildcard ride in 2015: “I’m sorry to say this but I won’t be doing any wildcard ride this year,” he added. “I am just a test rider so my goal is to put in as many laps as possible while evaluating new components and settings for both the MotoGP and World Superbike motorcycles.”