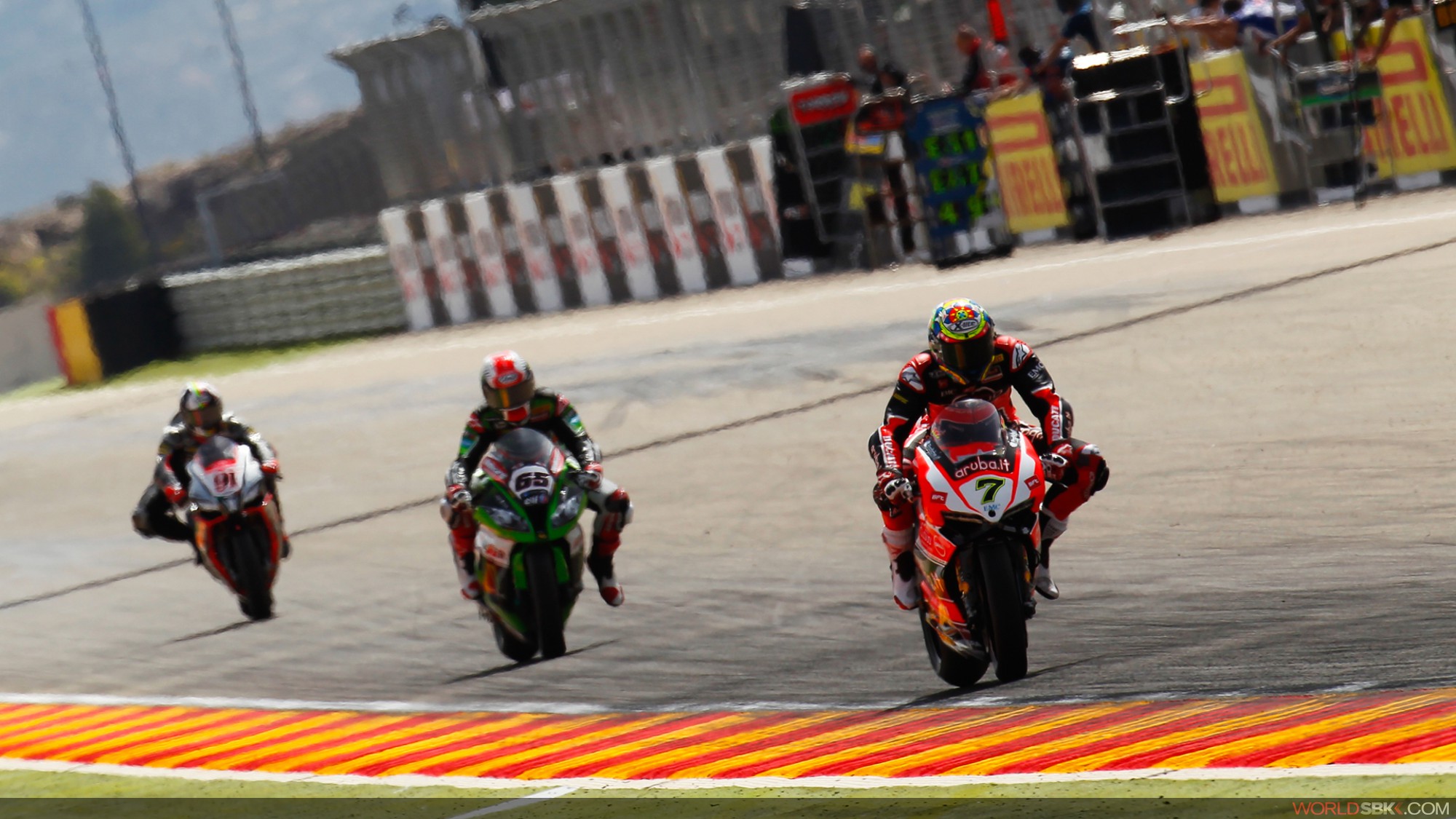 A favourite circuit for Rea, but his rivals are looking to stop him…

Round 4 sees the eni FIM Superbike World Championship return to ‘The Cathedral’ and Assen for the Dutch Round. Present on the championship calendar since 1992, the Dutch track opened in 1926 which makes it one of the oldest in the world. 2015 marks the 24th staging of a WorldSBK event at the venue, which is second only to Australia’s Phillip Island as the circuit to have hosted most rounds in the series.

Located a stone’s throw from Assen itself, the track has been shortened over the years and in its current configuration measures 4.542 kilometres, with six left turns and 11 right-handers, featuring a distinctly tight start to the lap which can provide drama early on in races.

The rider on the grid with most success to his name at Assen is Jonathan Rea, who now returns to The Netherlands not on a Honda but with Kawasaki machinery at his disposal. The Northern Irishman has been on the podium eight times, including an impressive victory in last year’s second race. He now heads back there as a four-time race winner from the six encounters to have been witnessed so far this year. This added to a couple of second places means Rea has amassed a staggering 93% of the possible maximum 150 points to have been up for grabs thus far. The Kawasaki Racing Team man leads Leon Haslam (Aprilia Racing Team – Red Devils) by 26 points, while third different race winner of 2015 Chaz Davies (Aruba.it Racing – Ducati Superbike Team) sits third overall.

Aragon Race 2 saw things turn around in dramatic fashion for Tom Sykes, who spectacularly highsided out of action following a rostrum finish in Race 1. The 2013 World Champion is now looking to put this to the back of his mind, with positivity in Round 4.

If Haslam pulled off a successful damage limitation exercise in Spain last weekend, for Chaz Davies it was even better. The Ducati rider sealed the marque’s first victory since the 2012 season and the first for the Panigale model which debuted at the start of 2013. He will remain alongside eyebrow-raising Spaniard Xavi Fores, while Davide Giugliano is back up to his full training regime and is expected to return to action for the next round at Imola. Incidentally, Fores knows Assen well from his time in the German Superbike Championship.

Perhaps those most looking for a turnaround in fortunes are the riders of Pata Honda World Superbike Team. Michael van der Mark heads to his home circuit hoping for at least a podium finish, having won the World Supersport race en route to the title last season. For World Champion team-mate Sylvain Guintoli, he is also looking for positivity after his Aragon Race 2 crash brought an end to a record run of 43 consecutive points finishes.

As for Voltcom Crescent Suzuki riders Alex Lowes and Randy de Puniet, plus MV Agusta Reparto Corse’s Leon Camier and Team Pedercini’s David Salom, all four riders will be continuing to set up their new electronics packages which first made appearances in Aragon, while Ayrton Badovini aims for more strong results following a ninth place last time out on what was his return to the World Championship with BMW Motorrad Italia. Althea Racing’s Nico Terol and Matteo Baiocco were locked together in the last race, while Team Hero EBR’s Niccolo Canepa picked up his first point for the American constructor. He and team-mate Larry Pegram now hope for double top 15 finishes at Assen.

The very first Assen World Superbike race was won by Doug Polen in what remains the most dominant season on record. Can Rea’s opponents prevent a similar situation in 2015? With three different manufacturers having won the opening six races, recent history says they can…