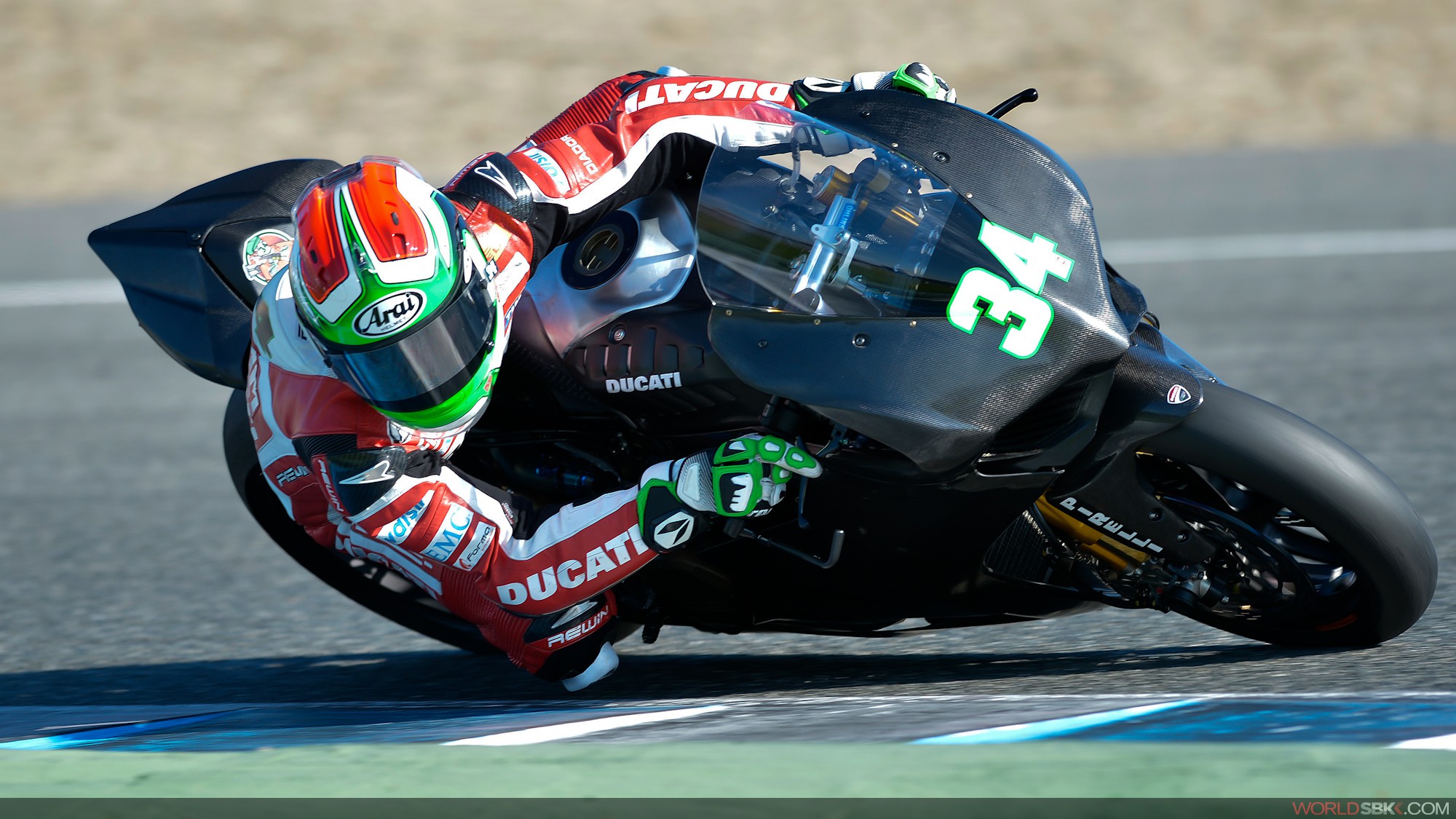 The Ducati Superbike Team has today concluded a three-day test session at the Jerez circuit in Spain, consolidating the positive results already seen during last week’s tests at Aragon.

The Ducati Superbike Team and riders Chaz Davies and Davide Giugliano made the most of day one (Wednesday), the only totally dry day, continuing from where they had left off at Aragon with the work on the new bikes. This week was spent concentrating on the set-up of the new Panigale bikes in their 2015 configuration, working with the new engine and electronics and testing various new components. Lap times have been positive and are in line with expectations at this point of the winter season.

On Thursday and Friday, weather conditions were adverse with several heavy rain showers during the sessions. On a constantly wet track, the team focused inevitably on rain settings and on the testing of different electronics settings. Although work was disrupted by rain throughout days two and three, the Ducati Superbike Team is nevertheless satisfied with what it has achieved in Jerez.

On the final two days, Luca Scassa was also present at the track. He was able to complete some laps on board the 1199 Panigale in its 2014 Superbike version. The test was organised in order to evaluate a possible collaboration with the Italian in terms of test riding next season.

The Team will now take a break, with the winter testing programme set to resume on 21-22 January 2015 at Portimao in Portugal.

Chaz Davies: “It’s been a pity about the weather, which hasn’t helped us, especially today when the track has been mixed, neither dry nor fully wet and so not very useful. It was however important to continue to work with the 2015 bike and even yesterday’s wet day allowed us to work to identify the right rain setting. I’m pleased with what we’ve done in terms of electronics, especially with the anti-wheelie system that now works very well. We made an interesting test on day one, on a dry track, to improve rear grip. It went well and we will develop this further next time we’re on track. We’ve collected some important information to use over the winter break, so that we can come back in January ready for the fight that awaits us next season.”

Davide Giugliano: “Overall we’ve had three positive days, despite the weather that limited us to just one dry day. We’ve got a lot done here anyway. We had various things to try, particularly with the electronics and the two wet days allowed us to take things steadily and test almost everything. It was also a useful exercise to ride in the wet, our first experience with the 2015 bike and rain settings, and everything worked well. I’m pleased with the material; we have a good base for the championship and I can’t wait to get back to it and resume testing in January, after the Christmas break.” 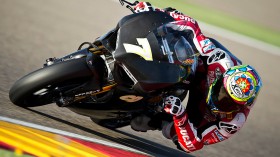 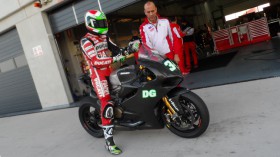