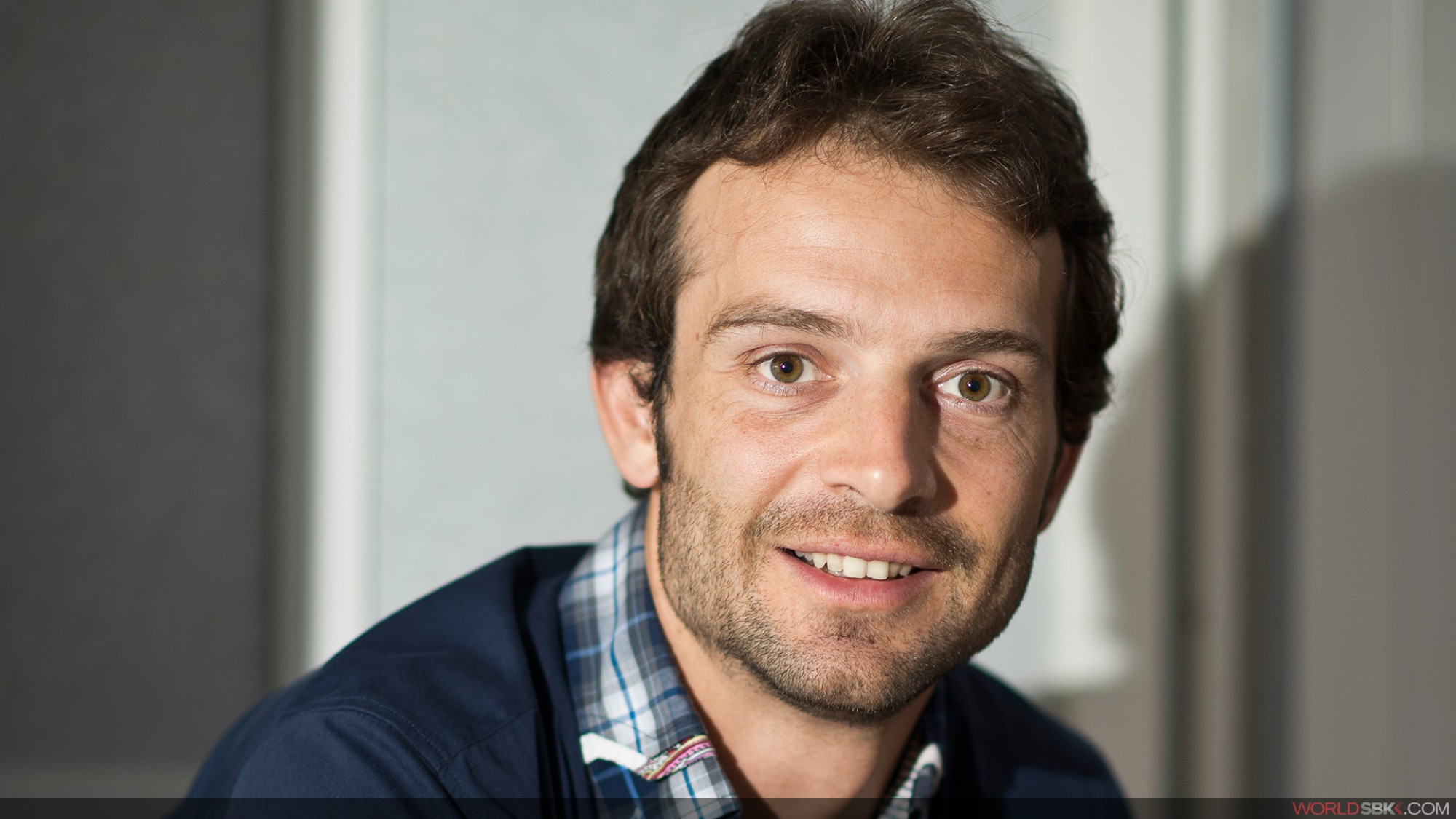 The 2014 World Superbike Champion Sylvain Guintoli has signed an agreement to ride for the Pata Honda team alongside Michael van der Mark in the 2015 championship.

Guintoli is one of the most widely experienced riders in the World Superbike paddock and won the 2014 title in yesterday’s final round at the Losail International Circuit in Qatar. The French rider, who lives in the UK with his English wife Caroline and their four children, has also ridden at the highest level in MotoGP.

The 32-year-old has a total of nine World Superbike wins to his credit, five of which have come this season at Phillip Island in Australia, Assen in the Netherlands, his home round of Magny-Cours in France last month, and a double race win in Qatar to end the season in style. He boasts a total of 40 WSBK podium finishes.

Although the 2015 season will be Guintoli’s first ride for Honda, he has a strong historical relationship with the team’s title partner Pata, having ridden for a Pata-sponsored Ducati team in 2012, taking two race victories to finish seventh that season in the World Superbike standings.

The announcement of Guintoli’s appointment to the Pata Honda World Superbike team and his new partnership with 2014 World Supersport champion, Michael van der Mark, means that the team will bid farewell to both Jonathan Rea and Leon Haslam. The entire Pata Honda team and Honda Motor Europe offer their very best wishes to both riders in the future careers.

Sylvain Guintoli: “The events of this season and especially last night are still buzzing in my head, but I’m delighted to be joining the Honda family and to be reuniting with Pata. The last time we worked together was a very unexpected but successful partnership. I brought Pata their first victories and we have a strong relationship. I’m looking forward to tackling this new challenge and I can’t wait to get going. Johnny [Rea] has obviously been strong on the CBR all season and sometimes he’s been very strong! So I think there is definitely a big potential with the bike and I think the new rules for next year will suit it. So for us this is good news and I can’t wait to understand how it works, but it looks like a really good package and I’m looking forward to getting the first impressions soon.”


Ronald ten Kate – team manager: "In many ways it’s the end of an era, but it’s the start of a new one, too, and I think 2015 is going to be a really exciting season for us. I’m really delighted that we are able to welcome Sylvain to the Pata Honda team for his first ride with Honda. He has a great record in the World Superbike championship and has performed really well this season to come back from a big deficit and win the title in style. With Mikey [van der Mark] on the other side of the garage I believe we have that perfect blend of youth and experience that all team managers aim for. We have an intensive winter testing schedule planned and I honestly can’t wait for next season to start."

Robert Watherston – head of motorsport, Honda Motor Europe: "This is a great appointment for the team and I’m very happy that we have been able to secure the services of a rider who can bring so much top level experience to the team. Sylvain will be the perfect foil for Michael’s [van der Mark] aggression and raw speed so I see this as a great line-up for the CBR1000RR Fireblade SP’s ongoing development as we head into this new era of WSBK regulations. On behalf of the whole team, we wish Jonathan and Leon all the best for the future and thank them both enormously for their years of service with Honda."