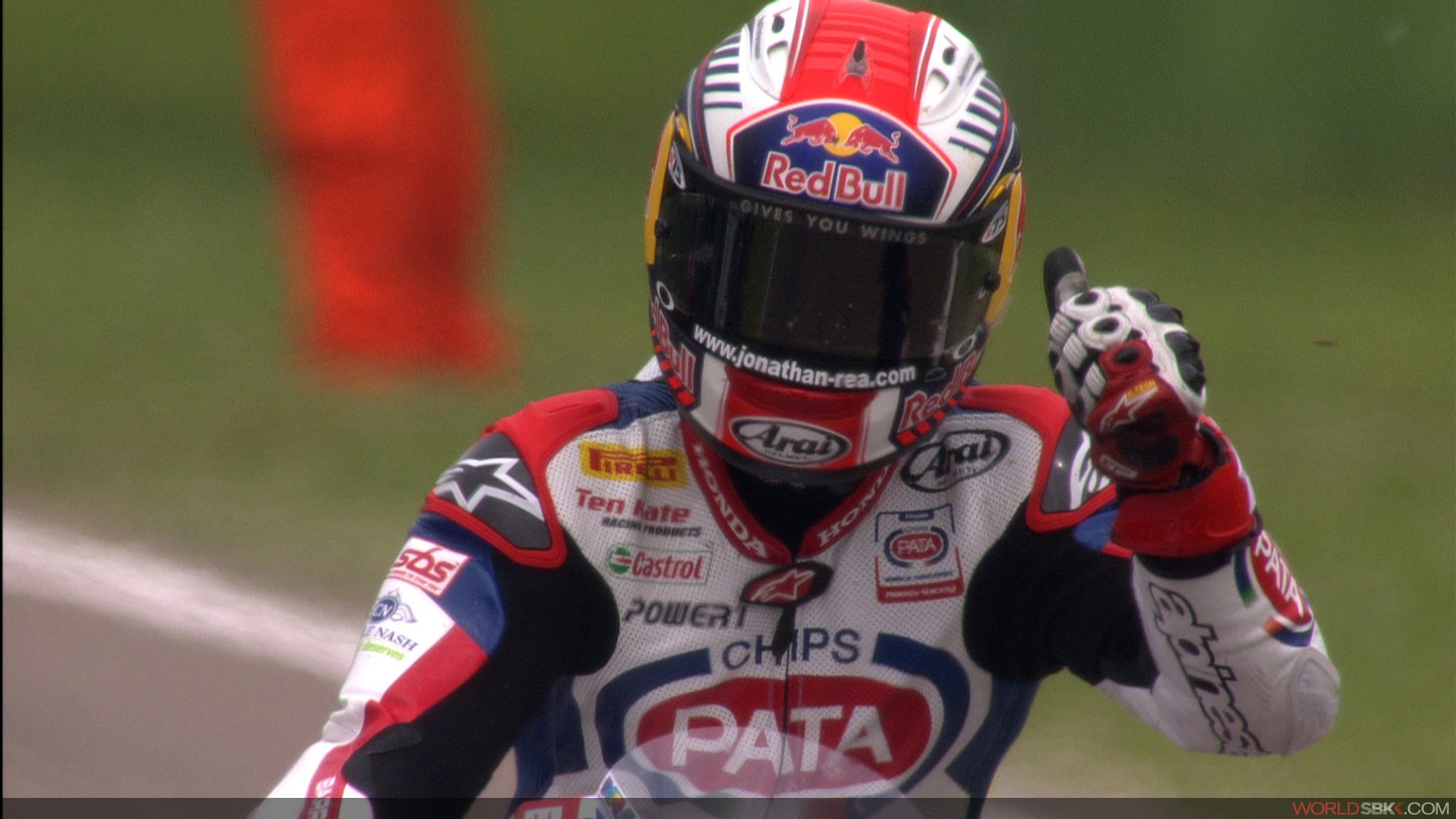 The fifth round of the season will take place at Donington Park.

Donington Park will host Round 5 of the 2014 eni FIM Superbike World Championship this weekend. This will be the 22nd time the Superbikes will race at the Leicestershire track, the first of which dates back to April 3rd 1988, when WSBK started.

Tom Sykes (Kawasaki Racing Team) was the absolute master of last year’s event, claiming the Tissot-Superpole and winning both races in dominant fashion in front of his home crowd. Sykes’ teammate Loris Baz made his WSBK debut at Donington Park two years ago, when he replaced the injured Joan Lascorz.

New points leader Jonathan Rea (Pata Honda World Superbike) is hoping to keep his winning streak alive, after standing on top of the podium in the last three encounters. Local rider Leon Haslam from Derby is hoping to step up his game after the good progress made in the one day, post-race official test at Imola last week.

Aprilia Racing Team’s Sylvain Guintoli and Marco Melandri have enjoyed good results at Donington Park in recent years, with the Frenchman twice on the podium in 2013 and the Italian rider able to previously score two wins and two second places at the British track.

There have been no top 3 finishes so far at Donington Park in WSBK for the Ducati Superbike Team duo Davide Giugliano and Chaz Davies, as the best result was a fourth place claimed by the Italian rider last year, in Race 2.

The whole Voltcom Crescent Suzuki Team is looking forward to their home round, with Eugene Laverty and Alex Lowes aiming to get back on podium form after a difficult round at Imola for both riders.

MV Agusta RC – Yakhnich Motorsport and Team Hero EBR will continue their learning curve within the Superbike World Championship at Donington Park with both teams making their UK debut.

Leon Camier (BMW Motorrad Italia Superbike) is looking forward to his home round, in the battle for supremacy in the EVO class which will also see David Salom (Kawasaki Racing Team) and Niccolò Canepa (Althea Racing Team Ducati), along with the rest of the field, aiming again for top honours in the new category.