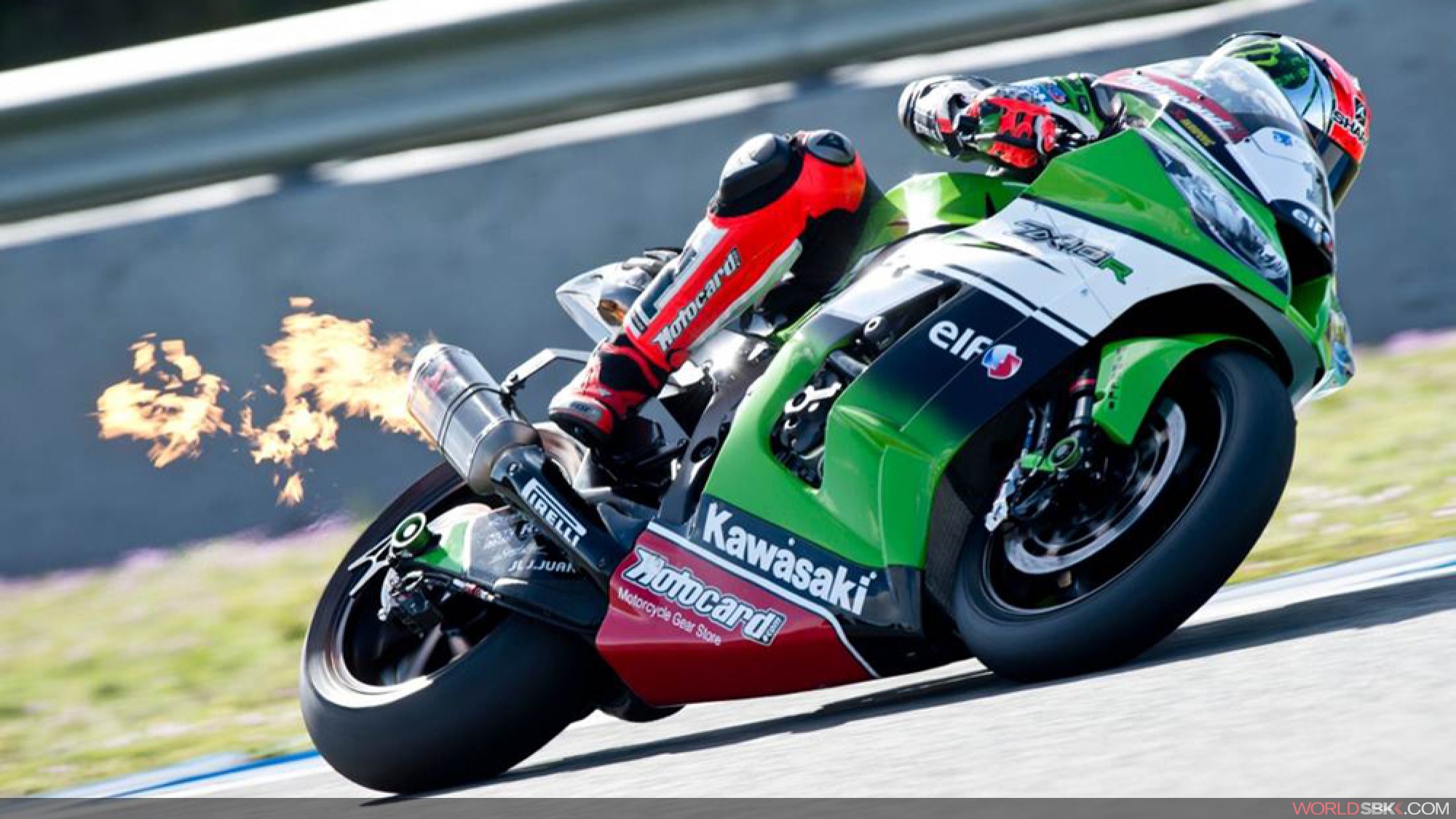 Encouraging lap-times for most of the riders on track today

The sun finally shone at Circuito de Jerez during the last day of testing for several WSBK teams, before their trip to Australia for the first round of the season. During the afternoon, all riders present at the Andalusian venue got on track to test their bikes on dry conditions, from factory Kawasaki trio of Sykes, Baz and Salom (EVO) to Pata Honda duo of Rea and Haslam and Aprilia Racing Team riders Sylvain Guintoli and Marco Melandri. WSBK rookies Jeremy Guarnoni (MRS Kawasaki) and Alessandro Andreozzi (Team Pedercini Kawasaki), both to race in the EVO class, were also up to speed as the Italian rider was also joined by his STK1000 team-mates.

The work on track continued flawlessly despite high winds, but towards the end of the session another worsening of conditions forced teams to an early end of the test.

Kawasaki Racing Team riders Sykes and Baz focussed mainly on some small adjustments ahead of the first round of the season. Pata Honda Jonathan Rea was visibly satisfied of the outcome of the test, despite the little number of laps completed due to tough weather conditions. The Ulsterman was particularly happy about the steps forward made with the electronics of the CBR1000RR SP.

Melandri, after the spectacular but harmless crash suffered yesterday, continued his familiarisation with the RSV4 with a special eye on the electronics, while Guintoli’s main target was to get some feeling back with the track and his machine. The Frenchman fell off his bike towards the end of the day, but he was unhurt.