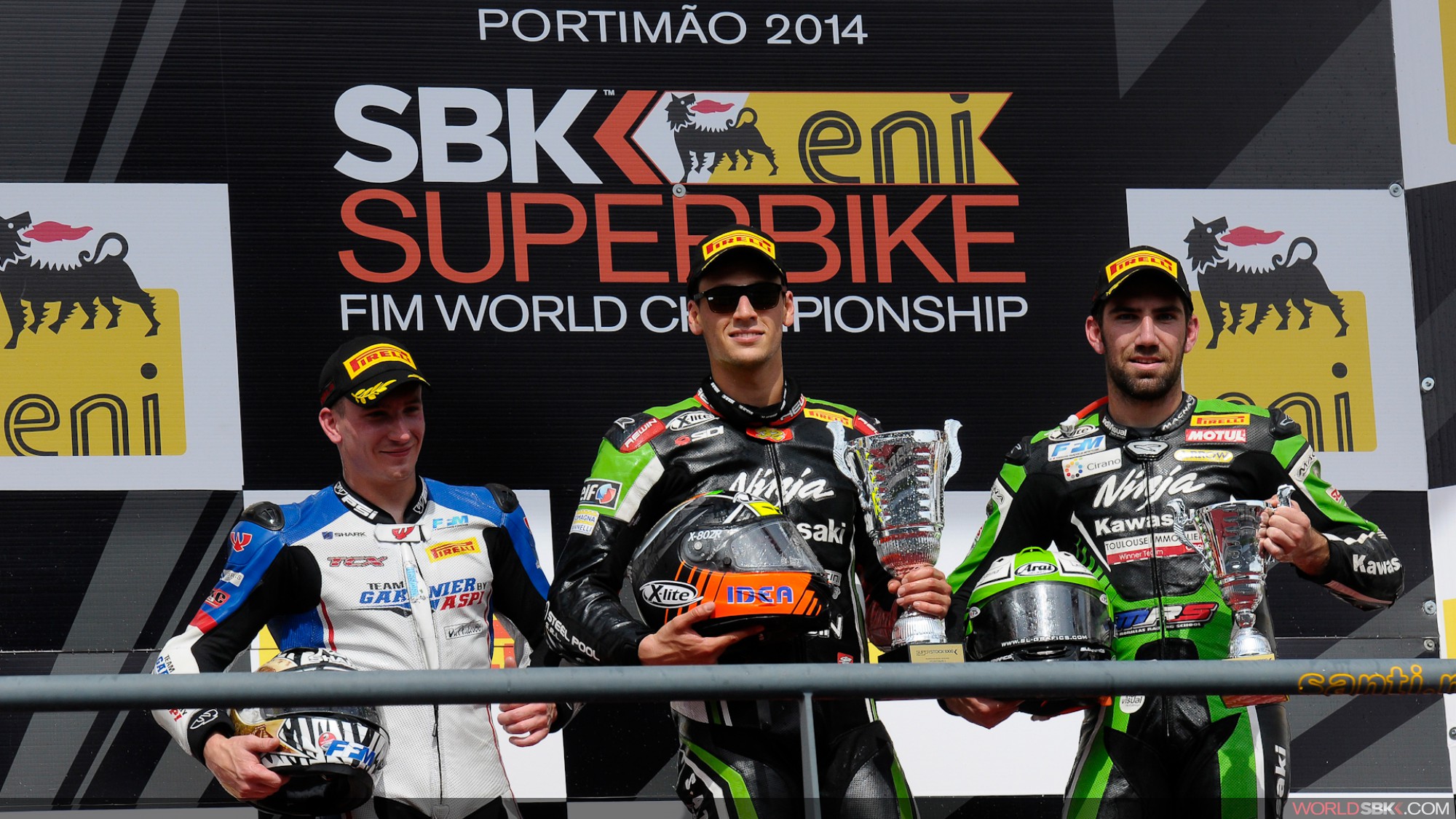 On a drying Portimao circuit Lorenzo Savadri (Team Pedercini Kawasaki) has taken victory in today’s FIM Superstock 1000cc Cup race after easing way in the final laps from Matthieu Lussiana (Team Garnier by ASPI Kawasaki) who was back on the podium in 2nd and David McFadden (MRS Kawasaki) who overcome the challenge from Kyle Smith (Agro-On WIL Racedays Honda) to take his first ever podium.

Smith was therefore 4th ahead of American Josh Day who was a lonely 5th on the second Agro-On Wil Racedays Honda and Fabio Massei (EAB Racing Ducati).

With only two races of the series remaining, Leandro Mercado (Barni Racing Team) has lost his championship lead and heads to the penultimate round in Jerez 2nd in the standings after finishing a lowly 9th in today’s race.

Fellow Barni Racing Ducati rider Ondrej Jezek didn’t even make it to turn one after suffering a technical problem at the start. 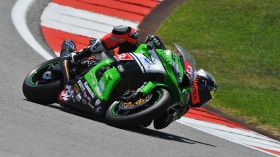 Mercado and Smith on the front row of the grid in second and third.