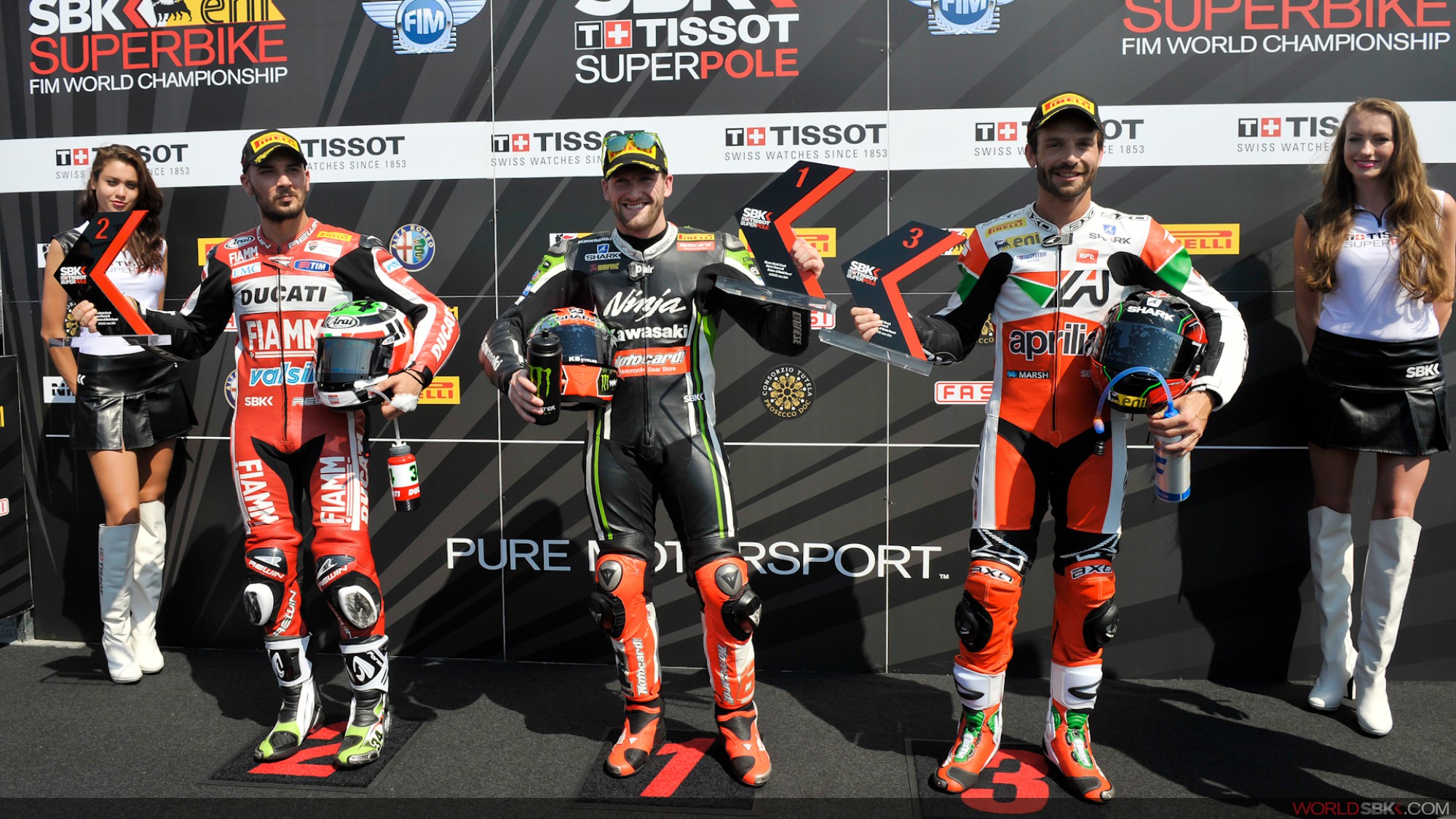 After another tense but exciting Tissot-Superpole session, Tom Sykes (Kawasaki Racing Team) will start tomorrow’s two 21 lap races at the Misano World Circuit after getting the better of Davide Giugliano (Ducati Superbike Team) and Sylvain Guintoli (Aprilia Racing Team) who will join him on the front row.

With 11 riders separated by less than one second during the three Free Practice sessions, it was always going to be a close session and the on track action certainly didn’t disappoint the crowd as several riders took their turn to head the field.

Toni Elias (Red Devils Roma Aprilia) and Niccolo Canepa (Althea Racing Ducati) made it through to the final 15 minute Pole Position shoot-out courtesy of being the fastest two riders in Superpole 1, progressing to join the already seeded top 10 from the combined Free Practice classification. Toni’s time of 1.35.961 was actually the fastest lap of the weekend until the final Pole Position lap eclipsed it.

With five minutes remaining all of the riders ventured back out for their final qualifying push, with Tom Sykes smashing the outright circuit best lap on his way to his 21st career Superpole victory.

The EVO battle was won by Niccolo Canepa who will start both races tomorrow from the fourth row in 10th position overall.

Leon Haslam (Pata Honda World Superbike Team) crashed at the end of the session and will therefore start 12th. 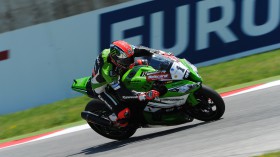 3rd double win of 2014 for the reigning champion. 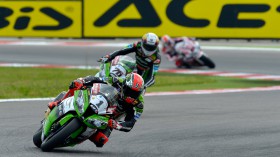 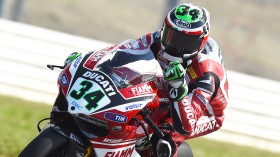 Italian riders 1-2 as we head to Tissot-Superpole.