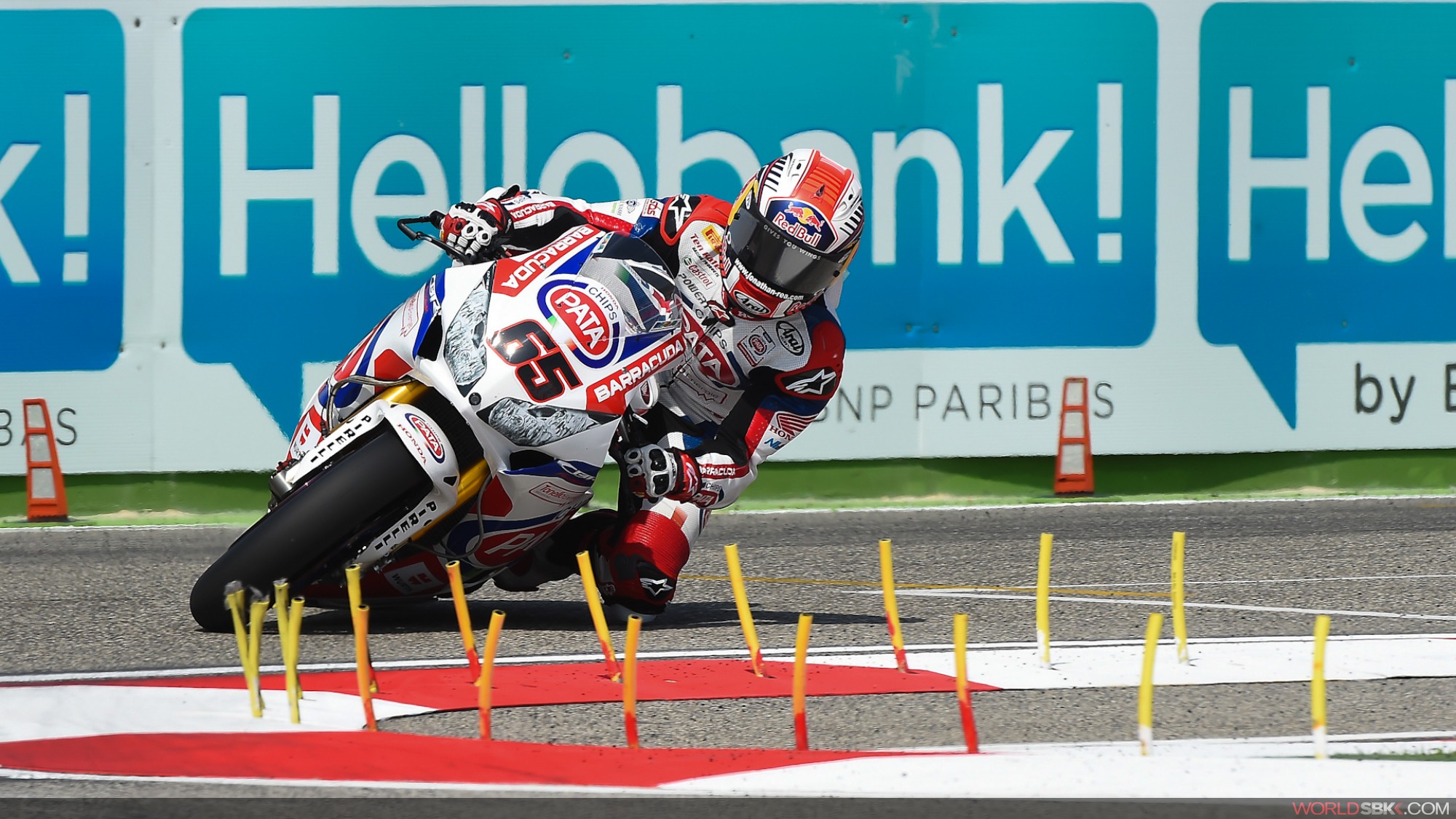 The sun continued to shine at Imola as the first race of the day got underway in front of a large and enthusiastic crowd.

From the start it was Pole Position setter Jonathan Rea (Pata Honda World Superbike Team) who immediately took the lead ahead of the Aprilia Racing Team duo of Marco Melandri and Sylvain Guintoli. Chaz Davies (Ducati Racing Team) moved up to second at the end of lap one and as the laps progressed a number of riders in the leading group would run off track in their efforts to keep up with the flying British duo at the front.

By half distance Rea had moved clear of the chasing pack with a lead of almost two seconds. Behind the leader a four rider fight involving Davies, Tom Sykes (Kawasaki Racing Team), Sylvain Guintoli who had worked hard to bridge the gap after an off track excursion at the chicane on lap 2, Loris Baz (Kawasaki Racing Team) and Davide Giugliano (Ducati Superbike Team) became more intense with every corner.

Giugliano slid out of contention on the twelfth lap, the Italian clearly annoyed as the front end of his Ducati went away from him.

At the flag and after 19 exciting laps it was Rea who took back to back wins ahead of Davies and Sykes, who complete the race one podium. The Ulsterman now sit second in the standings, with only ten points to make up from the leader Tom Sykes. 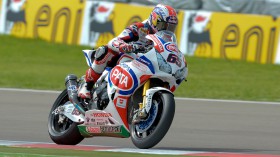 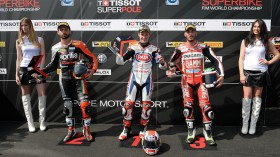 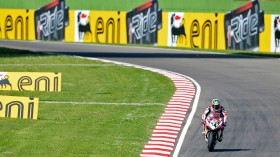