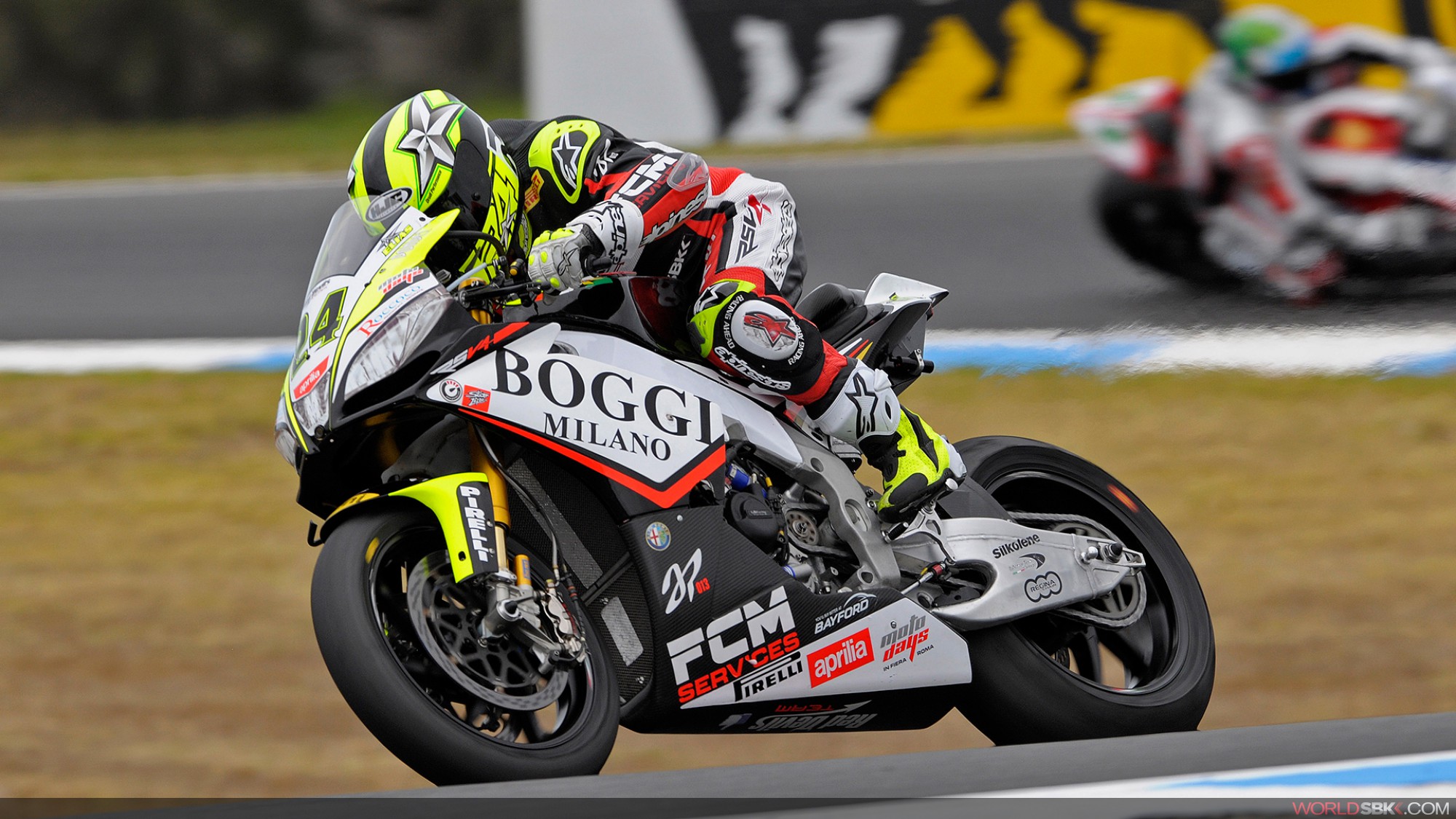 Riders and teams are ready for the first European event of 2014.

The first European round of the 2014 eni FIM Superbike World Championship takes place this weekend at the MotorLand Aragon circuit. The track, located near Alcaniz, Spain, has been on the calendar since 2011. The first two editions of the Aragon Round saw Max Biaggi and Marco Melandri sharing wins, while last year Briton Chaz Davies stole the show by taking the double.

The 27 year old Welshman, now one half of the Ducati Superbike Team duo, has showed great pace again on the track during winter testing, while teammate Giugliano was the quickest at the last private test recently at the other Spanish venue on the calendar, Jerez.

Championship leader Sylvain Guintoli (Aprilia Racing Team) had a season start very similar to last year’s, with one win and a third place at Phillip Island. The Frenchman leads the title race with a 10 point advantage over compatriot Loris Baz (Kawasaki Racing Team) and 13 points on new team mate Marco Melandri. For the first time ever Baz lies ahead in the standings of other KRT rider and reigning Champion Tom Sykes who is one point behind fourth place Giugliano and tied in points with Eugene Laverty (Voltcom Crescent Suzuki), fifth.

First race winner of the season Laverty is looking forward to the second round of the season and hopes for a change in fortunes from last year when he finished with two DNFs, due to a technical problem occurred in Race 1 and by an early crash in the following one. Despite his ankle still not 100%, Laverty's teammate Alex Lowes hopes to post strong results on a track where he has never raced before.

After almost one week of testing between Cartagena and Jerez, the Pata Honda Team heads to Aragon with the aim of making that further step forward that would help both Jonathan Rea and Leon Haslam to compete for the top-3.

Team Hero EBR is currently performing the second day of private testing at the Alcarras circuit, located only one and a half hours drive from Aragon, with both Aaron Yates and returning Geoff May. The official squad of the American marque continues its learning curve in the championship, hoping for an improvement in performance in its second ever WSBK round. Same target for the MV Agusta RC – Yakhnich Motorsport Team, who recently did a one day test at the Cremona circuit mainly to practice starts.

On the EVO side of the Championship, local rider David Salom (Kawasaki Racing Team) is going to try and race despite the right hand injury suffered during the first day of testing at Jerez last week. Salom’s main challenger for the race wins at Phillip Island Niccolò Canepa (Althea Racing Team) will be determined to edge out the Spaniard at his home track.

With Sylvain Barrier out due to the road accident he had three weeks ago, the BMW Motorrad Italia Superbike Team selected former WSBK full-timer Leon Camier to replace the injured Frenchman. After testing his conditions during a recent outing at Imola, multiple WSBK race winner Michel Fabrizio will get on track for his season debut, as the Italian rider injured himself in Phillip Island’s official testing.