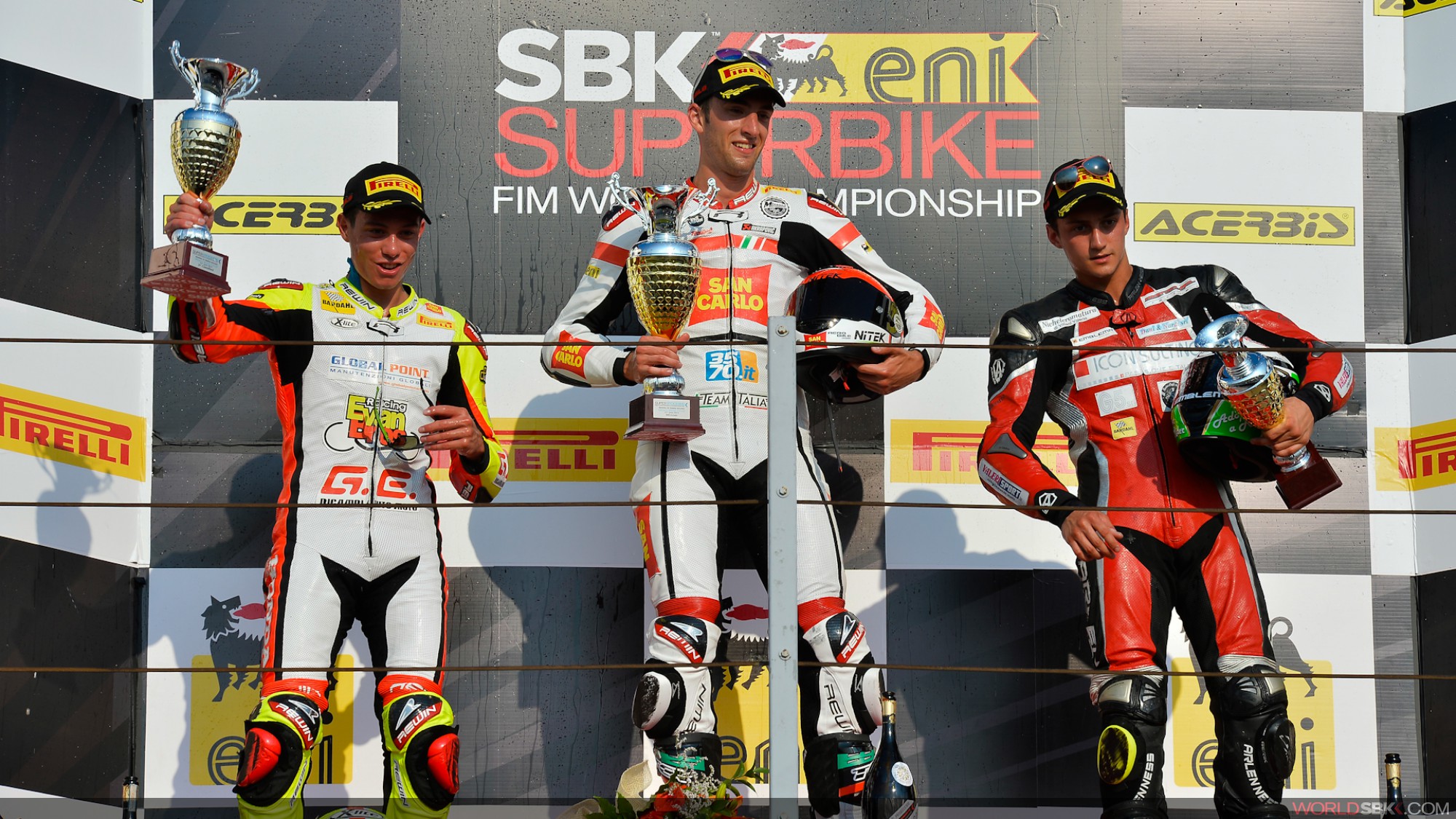 All Italian podium in STK600 race.

Marco Faccani (San Carlo Team Italia Kawasaki) has won the fourth round of the European Superstock 600cc Championship after a close fight with compatriot Federico Caricasulo (Evan Bros. Racing Team) and with it returns to the lead of the championship.

Taking the intial holeshot, Faccani tried to break away but after setting a new lap record on the second lap Federico Caricasulo set off in pursuit, the young Italian eventually having to settle for 2nd, but delighted with his maiden podium finish.