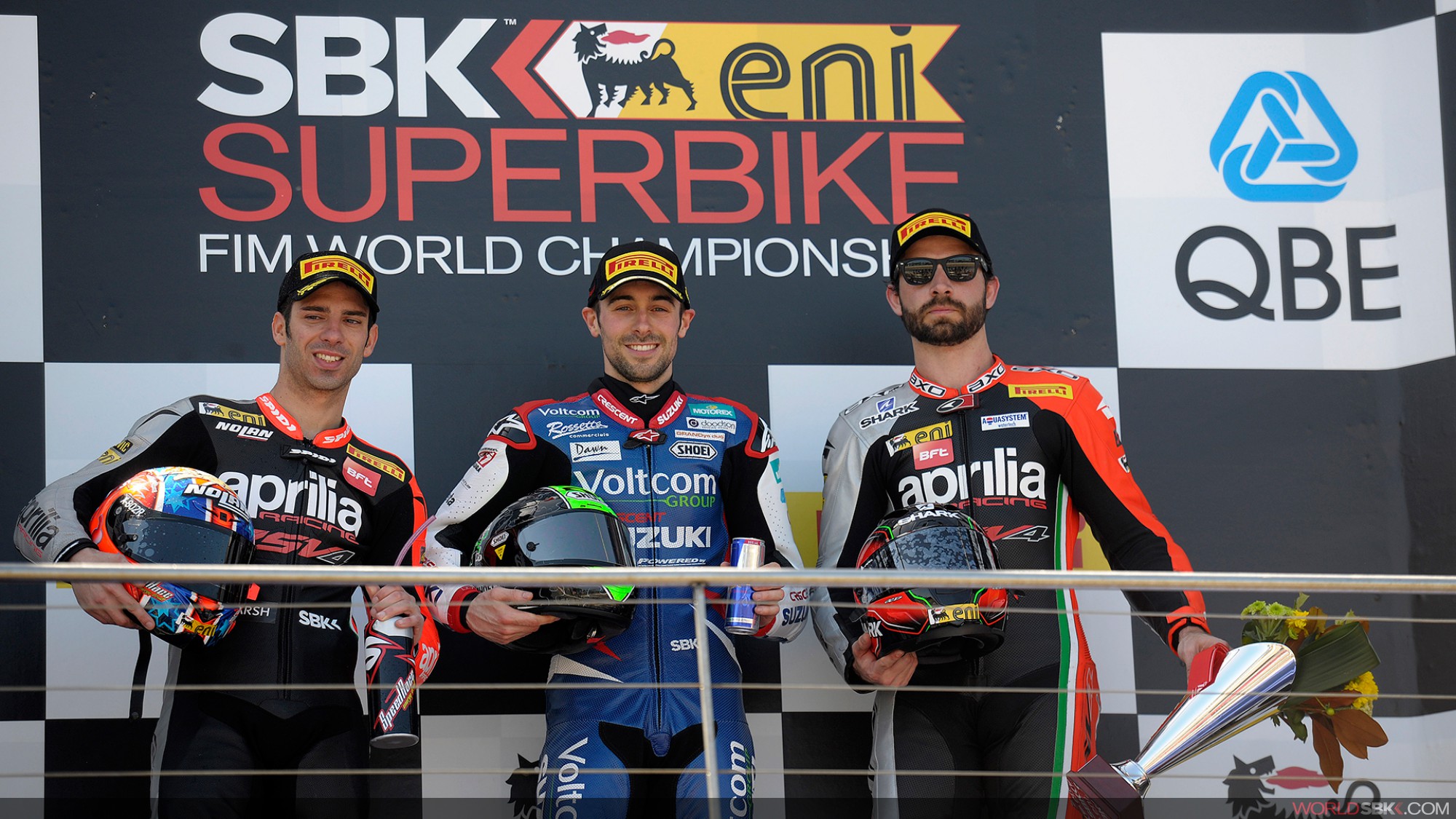 The Irishman scores his team's maiden win in WSBK.

The eni FIM Superbike World Championship had its first exciting race of the year today at Phillip Island, with Irishman Eugene Laverty scoring a sensational win aboard his GSX-R 1000, making it three in a row with the double he scored at Jerez last yearin the last round. In his debut race with Voltcom Crescent Suzuki, Laverty achieved an historical maiden win for the Voltcom Crescent Suzuki Team. Laverty is also the first Suzuki rider to climb on the top step of the podium since the second race at Kyalami in 2010.

After a poor start of the race, which saw him crossing the line in seventh place at the end of lap 1, and an early battle first with Chaz Davies (Ducati Superbike Team) and then with Jonathan Rea (Pata Honda World Superbike), Laverty started his charge to the leaders thanks to an incredible race pace. Once reached the front runners, the Irishman passed Davide Giugliano (Ducati Superbike Team), Marco Melandri and leader Sylvain Guintoli (Aprilia Racing Team) to take first position on lap 17.

With Laverty pulling away in the late stages, Melandri got the better of team mate Sylvain Guintoli for second, whilst Giugliano settled for fourth after losing ground in the final laps. Loris Baz (Kawasaki Racing Team) edged Jonathan Rea (Pata Honda World Superbike) to take fifth place as reigning Champion and Baz's team mate Tom Sykes had a difficult time, eventually ending up seventh ahead of Chaz Davies.

Click here and take a look at the photo gallery of the Race.