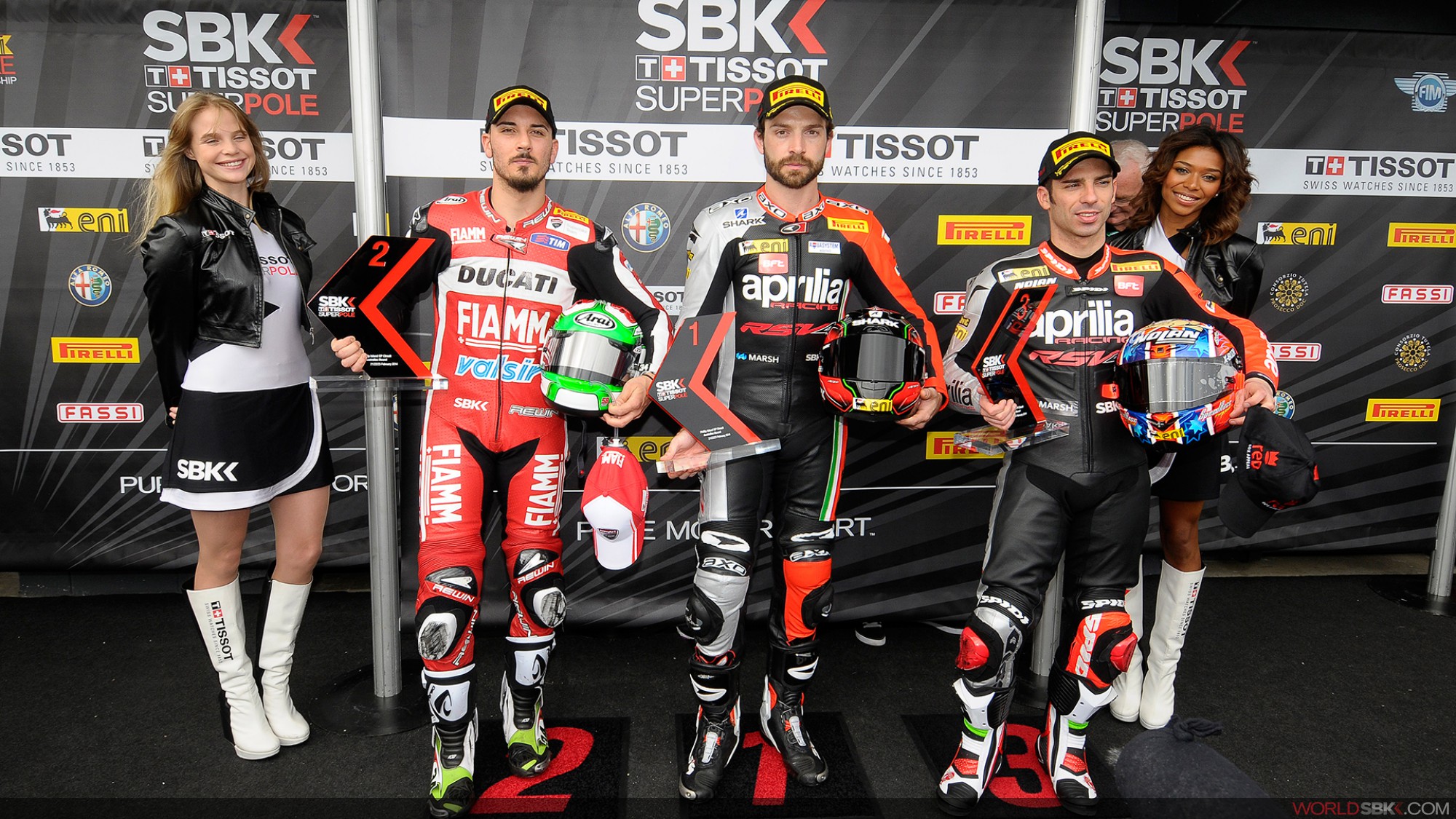 Davide Giugliano and Marco Melandri to complete the first row.

The first Tissot-Superpole of 2014 was contested today under cloudy skies, with Sylvain Guintoli (Aprilia Racing Team) securing the first slot on the grid for the two debut races of the season, scheduled for tomorrow at Phillip Island. The 31 year old Frenchman set a new outright best lap of the Australian venue in 1'30.038during the final Superpole session, despite a small moment he had during his flying lap. The first race winner of last year got the better of Davide Giugliano (Ducati Superbike Team) by only a hundredth of a second, with the Italian rider continuing to impress on his first ever race weekend aboard his Ducati 1199 Panigale R.

Leon Haslam, following an encouraging lap set in Superpole 1, did not manage to significantly improve his performance in the following session and was 9th at the chequered flag, two places in front of fellow British Chaz Davies (Ducati Superbike Team).

Two riders out of the twelve who took part in the second Tissot-Superpole were riding EVO-spec bikes. NiccolòCanepa (Althea Racing Ducati) finished 10th after qualifying directly to the final 15 minutes, thanks to a 6th place in the combined times from free practice. Kawasaki Racing Team's David Salom, on the other hand, worked his way up to Superpole 2  thanks to the second best time set in the first session, eventually securing a 4th row start (12th place). 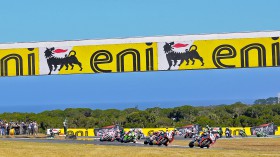 Technical problem for Laverty, Baz and Sykes complete the podium. 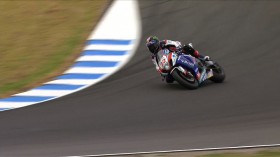 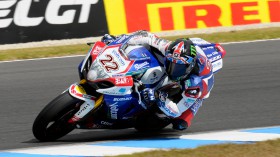 The Brit ahead of Marco Melandri for only a fraction of a second.