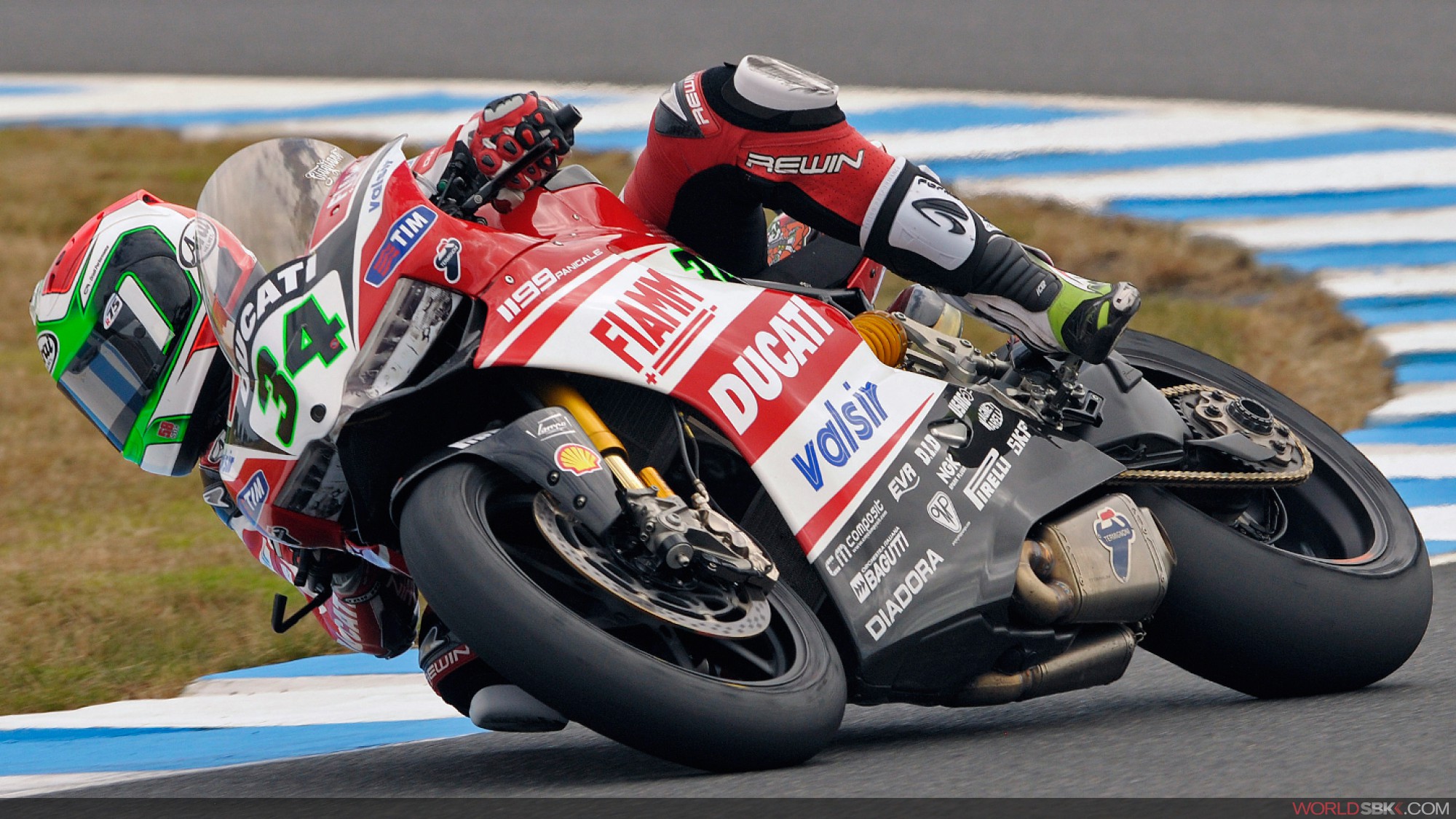 The Italian on top ahead of Baz, Rea and team mate Davies

The second day of private testing at the Jerez circuit was held under good conditions, meaning riders and teams who are present at the Andalusian track were able to continue their work in preparation for the second round of the season. Davide Giugliano (Ducati Superbike Team) was again the fastest rider of the day (1'40.166), with Loris Baz (Kawasaki Racing Team) and Jonathan Rea (Pata Honda World Superbike) able to elevate themselves to second and third respectively - ahead of Giugliano's team mate Chaz Davies. Frenchman Baz was the only one able to keep the pace of the Italian rider, as both lapped considerably quicker than the current best lap of the circuit (set last year by Eugene Laverty).