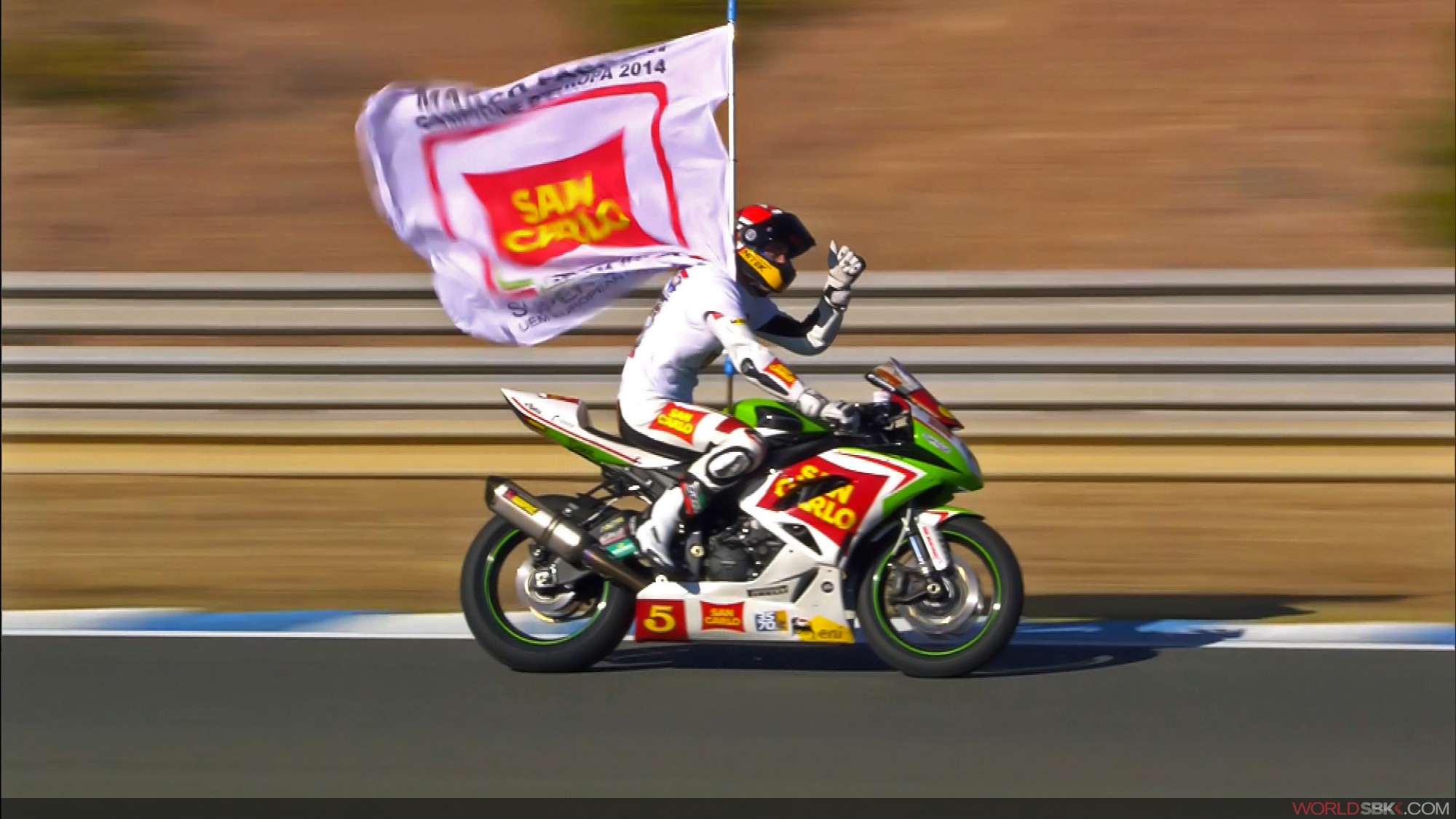 5th win of the season for Faccani and San Carlo Team Italia.

Marco Faccani (San Carlo Team Italia) has won today’s European Superstock 600c race at Jerez and with it the 2014 championship.

Starting from Pole Position he and Federico Caricasulo (Evan Bros Racing Team) were soon over three seconds clear of the chasing pack, leaving the duo to fight for the victory.

In the end it was Faccani who has been at the front of all of the races bar one this year who claimed his fifth win of the year ahead of his compatriot who himself notched up his 3rd podium of the season.