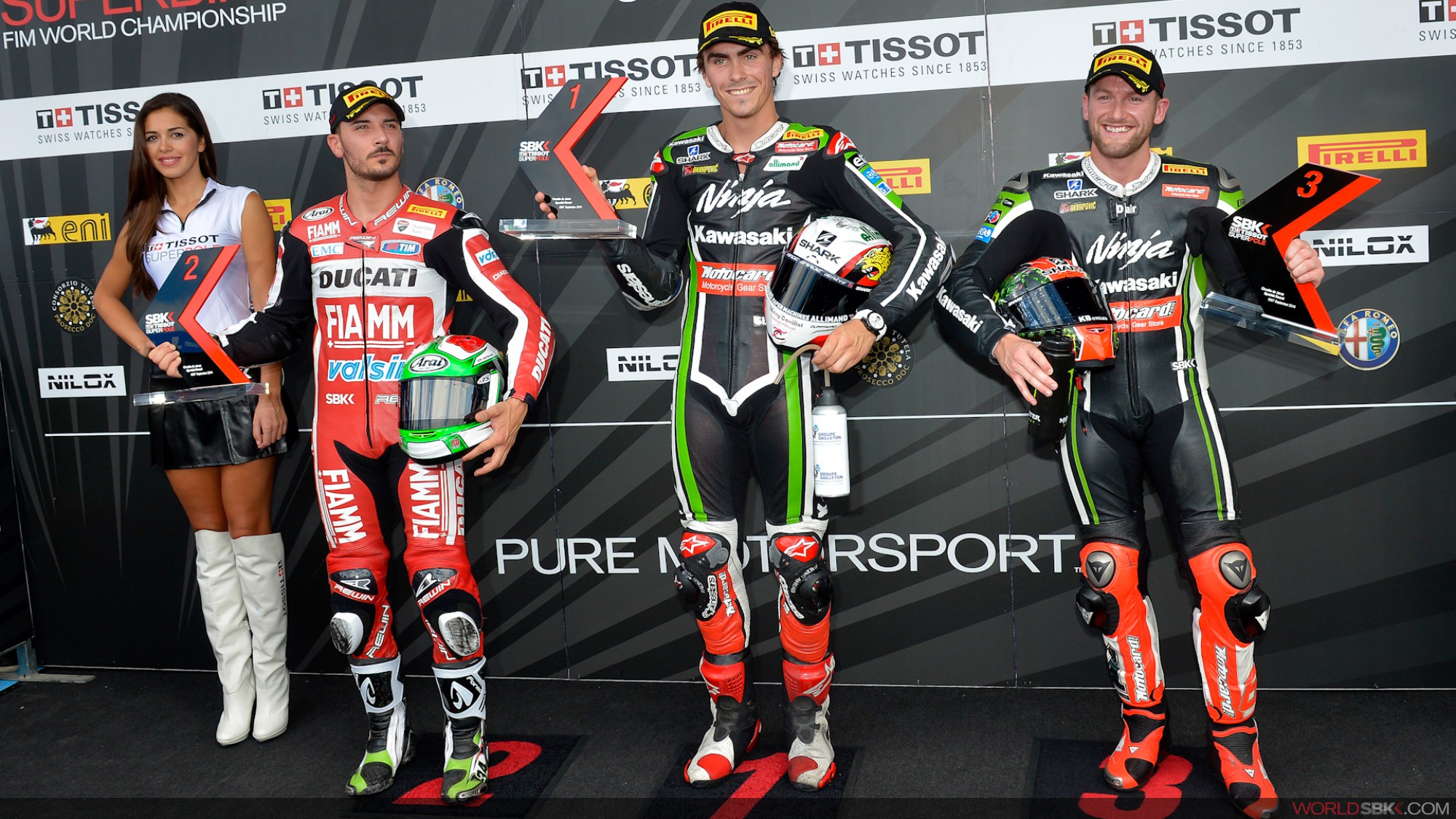 An intense Tissot-Superpole second session has been won by Loris Baz (Kawasaki Racing Team) who claimed Pole Position today at Jerez. the young Frenchman will move off ahead of everyone else in the two Sunday races for the second time this year. Baz also recorded the new best lap of the track for the Superbike class in 1’40.298, beating the previous record by 0.322s.

The accolade of being the fastest of the EVO qualifiers went to Sylvain Barrier (BMW Motorrad Italia) who will start tomorrow’s races from 12th on the grid despite falling at turn 6 with two minutes to go.

Superpole 1 was as equally exciting with Sylvain Barrier (BMW Motorrad Italia) posting an incredible lap of
1.41.768s, a time that would have put him 3rd overall on the pre-Superpole classification. Leon Haslam (Pata Honda World Superbike Team) also made it through to Superpole 2 with his fastest lap of the weekend where they joined the automatically seeded top ten riders after free practice. 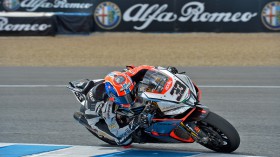 Guintoli closes in on Sykes as title fight hots up in Spain. 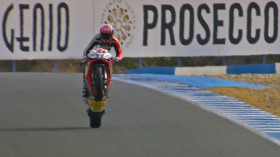 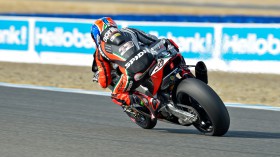 Improvements by everybody in final free practice.