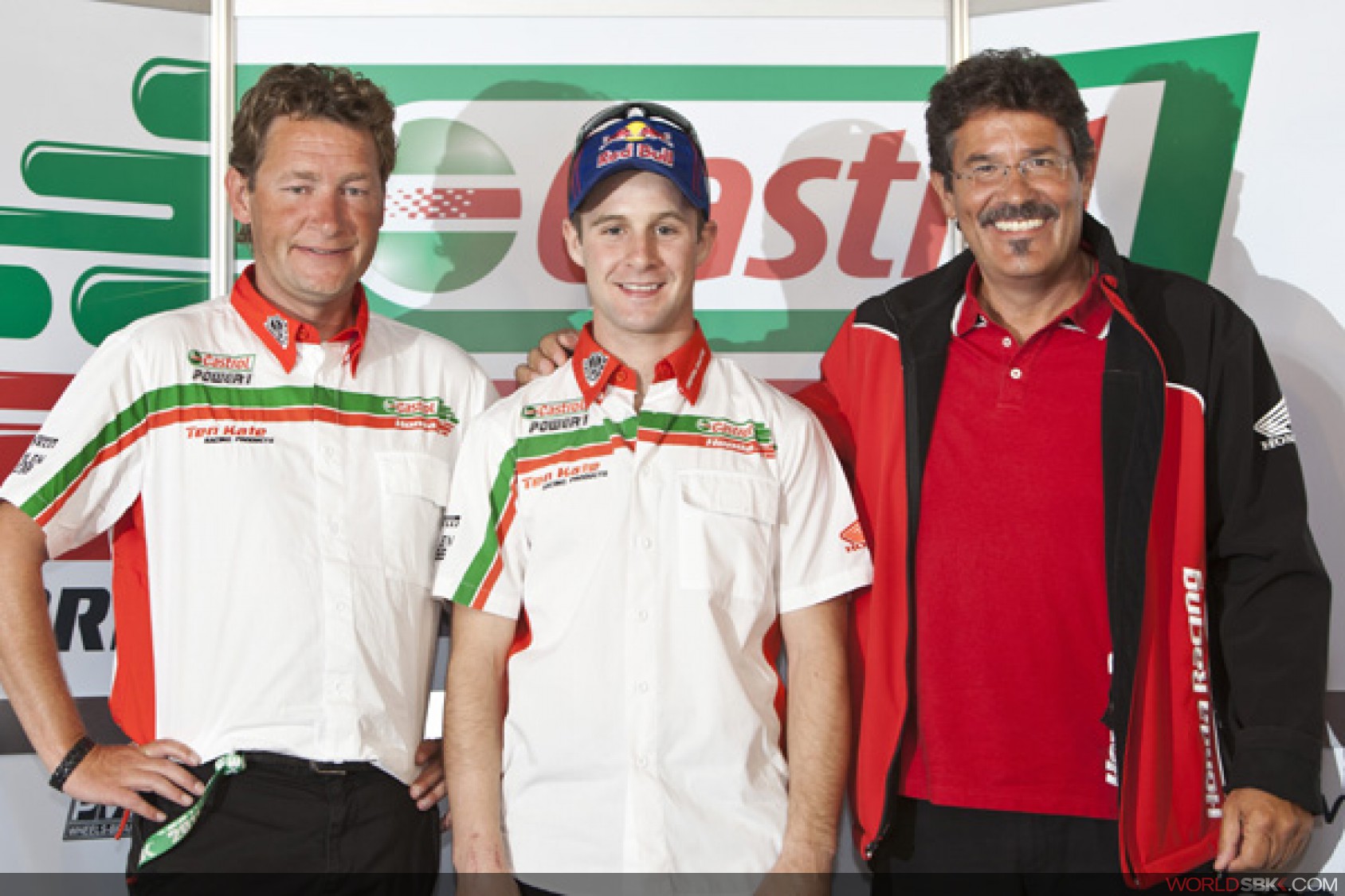 Rea and Honda together in 2012
Jonathan Rea will ride a Honda CBR1000RR Fireblade in the 2012 World Superbike championship following an announcement from the Castrol Honda team at Nurburgring in Germany today. The 24-year-old from Northern Ireland chose his comeback weekend after three months out through injury to sign a year-long extension to his long association with Honda that has seen him ride at Supersport and Superbike level in both British and World championships.

Rea has ridden with the Honda Motor Europe-supported team run by the Ten Kate organization in the Netherlands for the past four seasons, the last three of which have been on Honda's CBR1000RR Fireblade. The 2012 season will mark the 20th anniversary of the Fireblade's introduction and Rea and his team are looking forward to competing once more against some of the world's best riders and manufacturers in the World Superbike championship.

Jonathan Rea: "We started talking quite early this season and it was clear to me that everyone was aware that we were struggling with the bike in some areas. After four years with this team, and even more with Honda, it was refreshing and inspiring to see how intent everyone was on addressing the problems. These are difficult economic times everywhere, but Honda and the team have increased their commitment and ticked all the boxes for me, so I'm really, really happy. There's no championship left to fight for this season, but that won't stop us trying as hard as ever for race wins. And the fact that we're not battling for a title means that we can also continue our development work for next year. I'd like to thank Honda for the continued support and the team for everything they do for me. Together, we all have unfinished business in the World Superbike championship."