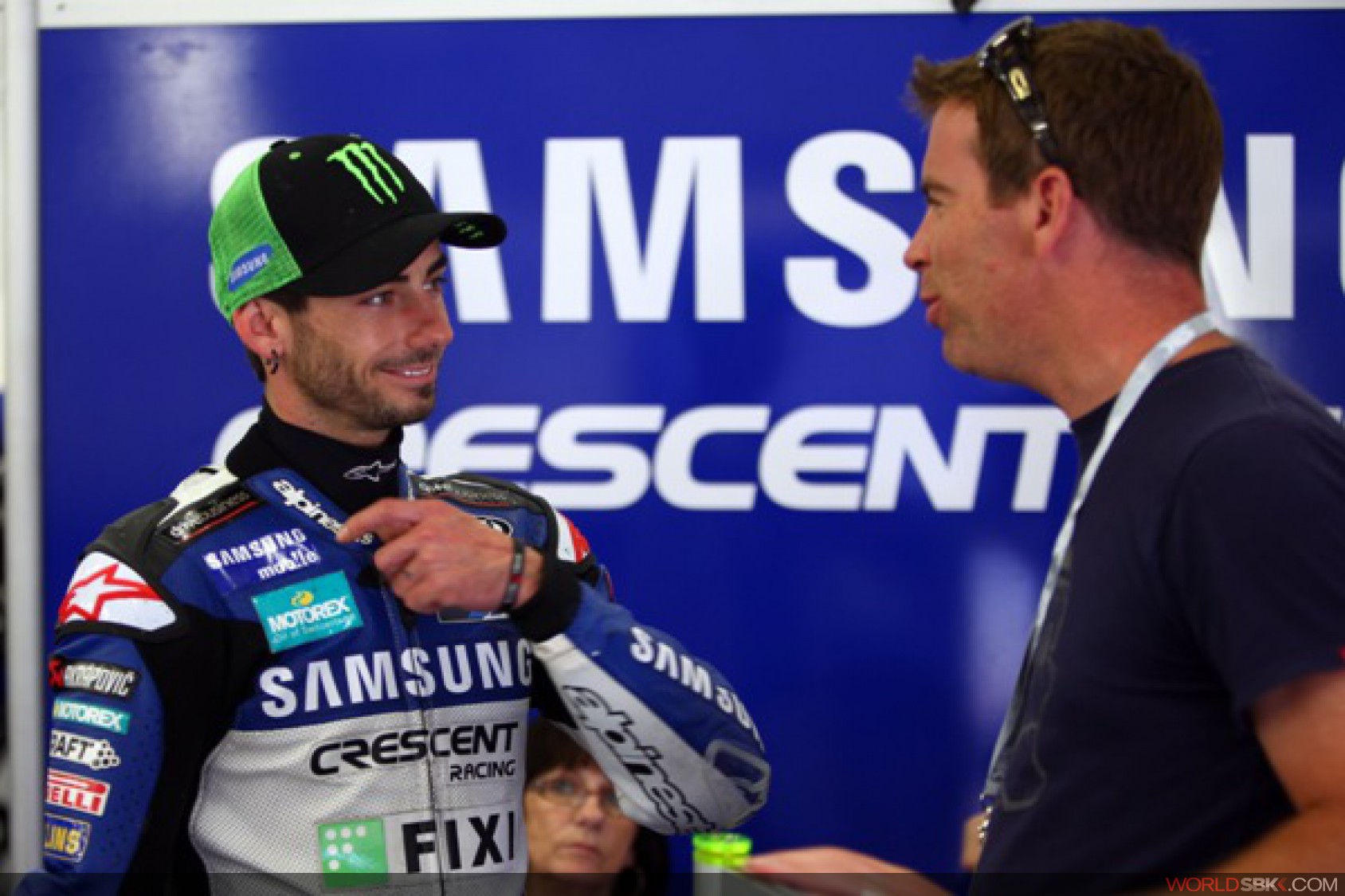 Paul Denning speaks of WSBK hopes
The Superbike World Championship is eagerly awaiting the full-time arrival in the series of the Crescent Racing and Yoshimura partnership in 2012, with Suzuki engines being supplied by Yoshimura and the logistics and team set-up coming from the British based Crescent team.

Yoshimura have made no secret of their desire to enter in WSBK racing and indeed have enjoyed wild-card entries in the last couple of years, but trying to run a team based in Japan in a championship largely centred in Europe was far from easy. Now a tie-up with the ambitious and vastly experienced Crescent Racing Suzuki BSB racing team has provided both with the chance to make the step up to WSBK racing.The team will get a first chance to test for real at Portimao at the end of the month but before then we caught up with Crescent Racing Team Principal Paul Denning to explain more of the background to this very welcome initiative.

As Denning explained, for the iconic ‘Yoshi' concern a tie up with a European-based partner is a move that works on several levels. "The Yoshimura partnership makes absolute common sense as they still have a burning passion for racing and Fujio and his team are absolutely as committed as they ever were," said Denning. "But they found it very difficult to turn up as wild-cards and be competitive enough. Therefore, the idea of joining our team with a full structure and technicians and engineers that they trust and know are already at a very good level, gives Yoshimura an opportunity to be right at the front end of World Superbike. And hopefully challenging for their brand to be on the podium on weekends with an absolutely realistic chance of doing well."

For the Crescent team, so nearly BSB Champions this year with John Hopkins, the entry to WSBK racing with such a legendary tuning house as Yoshimura is the perfect way to start out in this important branch of global racing. Said Denning, "It also makes sense for us because considering the amount of experience and wealth of knowledge that Yoshimura have, when they approached me about it, they were so respectful of everything that our chief engineer Lez Pearson and the boys here had achieved. They said that even before we talk about it we want to send you an engine and an engineer and do some back-to-back testing. They said to use the best ideas of ours, the best ideas of theirs, so as a mixture I think there could be a really strong step forward on the motor side, compared to where we were in BSB. That also includes quite a few developments that Crescent and the guys here have put together, but with some new technologies and some very interesting stuff that Yoshimura have got going on as well."

With the engines all taken care of in Japan, and shipped back and forward to Europe, the Crescent operation can now expend its time and efforts on the other aspects of racing, a fact that has not escaped Denning. "It also helps us because it adds to our resources. They will be building, supplying, developing, maintaining the motors, which is a huge help in terms of man-hours my guys can spend doing other things. They can do the engines from Japan without a problem. It makes sense for both of us. Our agreement was an easy thing to put together. And it is pretty cool as well! We do not know exactly what the title sponsorship will be yet, or what the team name will be, but whatever it is, let's say for now that it is Crescent Suzuki powered by Yoshimura, Yoshimura has still got a very credible, very nice global image, plus they are nice people, easy to work with."