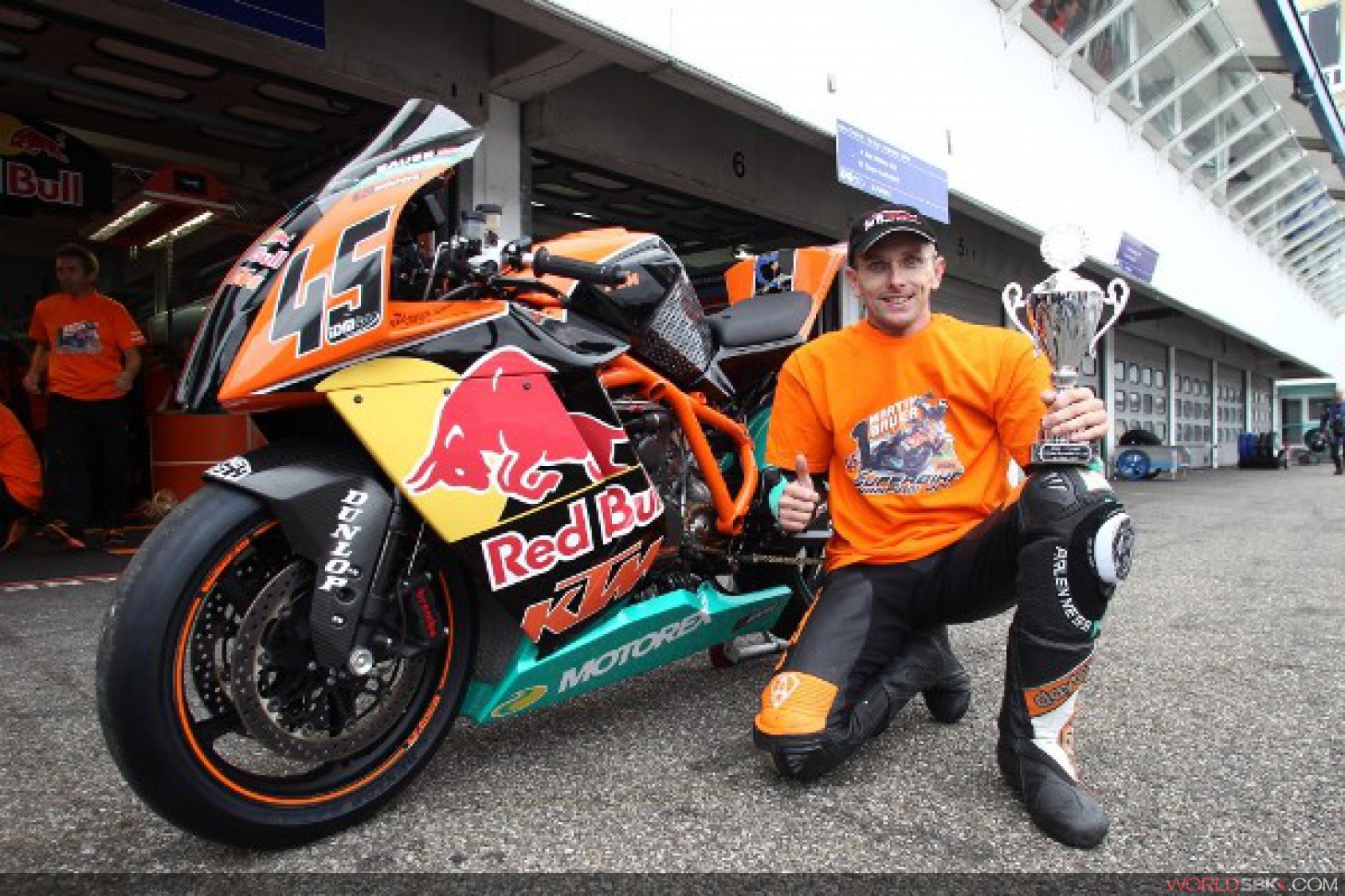 KTM move forward in Superbike development
Martin Bauer's 2011 title victory on the KTM 1190 RC8 R in the International German Superbike Championship (IDM) was an important step in KTM's planned progress as it moves closer to participation in other major international superbike series.

Bauer (photo Buenas Dias) has now signed to stay with KTM in the capacity as a test rider and he and the team led by Konrad Hefele will dedicate themselves in 2012 to moving the development of the ‘Made in Austria' two-cylinder Superbike into the next logical stage.

Wolfgang Felber, Head of KTM Road Racing said by retaining the skills of an experienced and winning rider like Martin Bauer as a test rider, KTM had already made a valuable step forward in the further development of the RC8 R. "With Martin as test rider and Konrad and his team behind him we will surely reap the same rich benefit for developing the Superbike as we do from our factory riders' input into the development of our offroad bikes. KTM is proud of its ‘Ready to Race' philosophy and it goes without saying that the experience we gain on the track is directly reflected in the development of our series model machines."

Bauer, Hefele and his team will fully concentrate on the next stage of development of the KTM 1190 RC8 R. The move is considered timely, logical and necessary to move the Austrian brand one step closer to its goal of being a future force in top ranking Superbike competition. While no commitment has been made concerning future competition, all options are also open. The first step is to dedicate 2012 to further developing the RC8 R and identifying to potential to compete in other top ranking race series. It is also possible that Bauer will compete in some series as a wild card entry during the 2012 season and to this end his team boss Konrad Hefele will be compiling a calendar of test events and possible wild card entries.