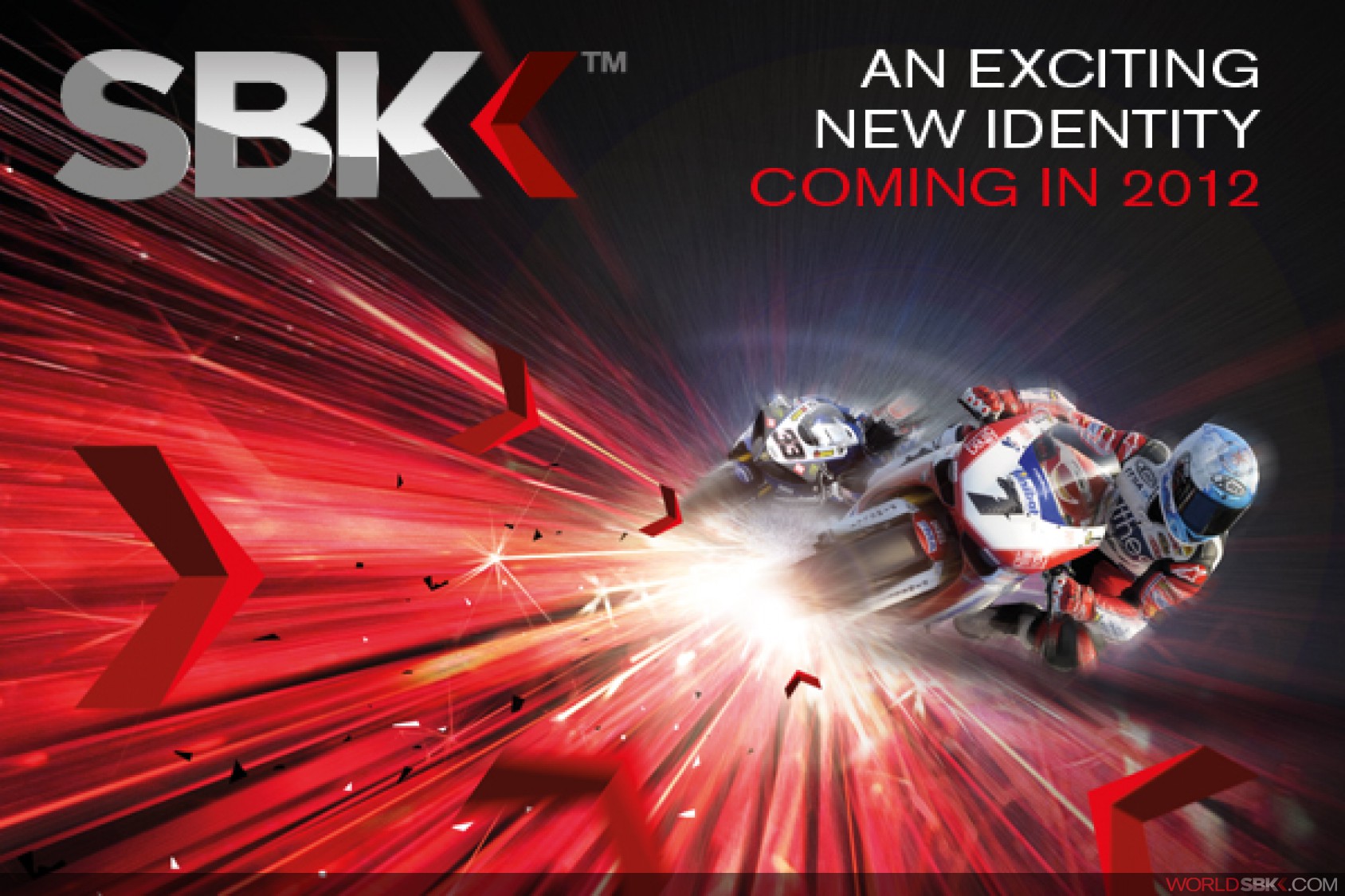 Infront Sports & Media has announced it is to introduce a new brand and an exciting visual identity for the FIM Superbike World Championship in 2012, celebrating the 25th anniversary of the leading road racing World Championship using production-based motorcycles. The new brand will be launched as a symbol for the on-going development and innovation of the series, clearly addressing the needs and expectation of its partners and millions of enthusiastic motorbike fans worldwide.

The revised identity represents one distinct brand clearly reflecting the sport, its image, ambience, values and style of international motor racing at its highest level. A versatile branding system will enable the series' global appearance and overall marketing appeal to be strengthened.

Starting from the first round in 2012, taking place in Phillip Island (AUS), the new event mark and its look & feel will ultimately be reflected in every aspect of the FIM Superbike World Championship events, including television, new media, print, signage and as well as any of the commercial affiliates.

Rebranding a key priority
Philippe Blatter, President & CEO of Infront Sports & Media said: "The rebranding of the championship is one of our key priorities within the overall long-term innovation strategy for the series. A distinct and cohesive brand, clearly reflecting the sport, its image, ambience, values and style of international motor racing at its highest level, is an important element of the overall marketing approach targeting new followers and providing all commercial partners with a strong communication platform. With our investment in the new identity the championship is set to being recognised as one of the top global motor sport properties."

Stephan Herth, Executive Director Summer Sports, added: "We believe that the time has come to enhance the presentation and branding of the FIM Superbike World Championship and its support race series. The essence and value of the series will now be captured and conveyed in a new and well-structured premium brand. We trust that this can be achieved with the new strong and consistent stand-alone family of brands to increase awareness and to make the event commercially even more appealing for sponsors, TV, media as well as the public."

Paolo Flammini, CEO of Infront Motor Sports, commented: "Passion, competition and accessibility are three key values that we continuously endeavour to communicate to our audience. People perceive and recognize them appropriate for SBK. The road is our origin: SBK comes from the roads, our bikes are production-derived bikes, our races are competitive and exciting and enable fans to identify themselves with the riders. This is why we have chosen to further develop the chevron, a familiar icon from the roads worldwide, as a key visual element for the new SBK brand family and bring it to life wherever we can."

Full SBK brand structure to be introduced later this year
The full new SBK brand structure including all key elements and sub-brands will be introduced later this year. Following the initial announcement today Infront Motor Sports will carry out several additional communication activities and events as part of a comprehensive re-launch campaign. Motorsports fans will be able to get in touch for the first time at EICMA, the 69th International motorcycle fair taking place in November in Milan. The sports business community will also be informed next week at the Sportel Monaco 2011 market place.

The new brand has been developed by Designwerk, a leading international creative agency specialising in brand communication for the sports industry. London-based Designwerk has vast experience projecting brands to a worldwide audience. It is well-known for positioning its clients - such as UEFA, the America's Cup, FEI, Peugeot, Badminton England and now SBK - at the top of their respective markets.