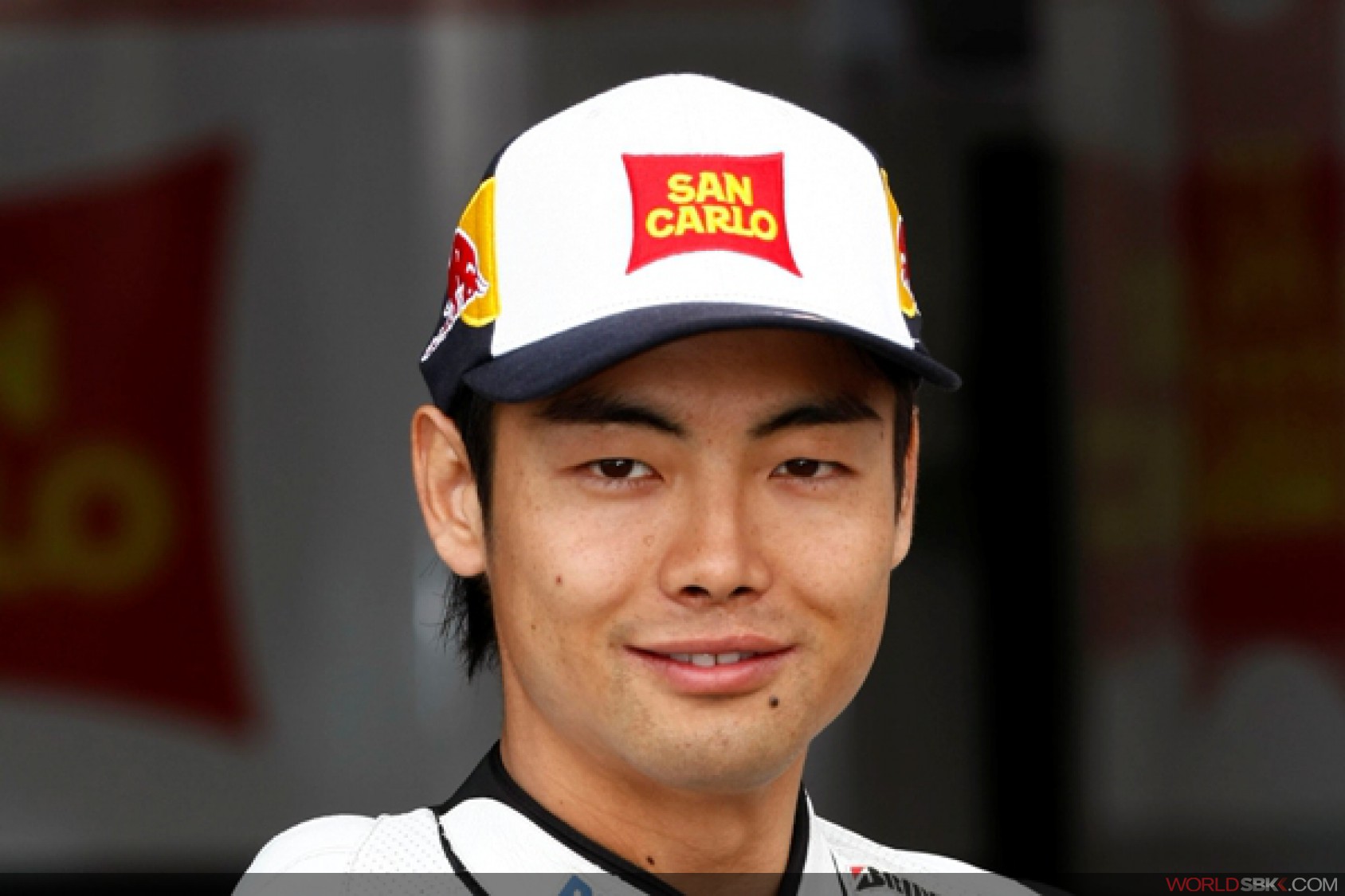 Hiroshi Aoyama with Honda WSB for 2012

The 29-year-old from Japan's Chiba prefecture began racing pocket bikes at the age of five and progressed through 125cc and 250cc All Japan championship racing before graduating to the 250cc Grand Prix series in 2004. Aoyama has ridden on Honda machinery almost throughout his racing career and, despite having to learn some new circuits, says he is very much looking forward to continuing his association with Honda on the new CBR1000RR Fireblade in the 2012 World Superbike championship.

"I have raced in MotoGP for the last couple of years and it has really been a great experience for me," said Aoyama. "I really want to thank Fausto Gresini and all the staff and technicians of Team San Carlo Honda Gresini for this extraordinary period in my career. Now I have the opportunity to go to World Superbike with Honda and Ten Kate Racing and I'm very excited about this new challenge. I don't know very much about Superbike but I really hope to make a good job together with my new team."

Ronald ten Kate - team manager: "We are all thrilled about Hiroshi Aoyama joining us for what promises to be a really exciting 2012 World Superbike championship. He's coming to SBK at still quite a young age and the speed he has shown in the last couple of years in MotoGP is beyond question. We hope that, with a solid winter testing programme, we can make Hiroshi's transition to the new SBK-specification Fireblade as quick and easy as possible. Of course, we'd like to thank Ruben [Xaus] for his efforts this season and the team wishes him the very best for the future."

Carlo Fiorani - Superbike Racing Manager, Honda Motor Europe: "Of course we are very excited to have Hiroshi Aoyama join our World Superbike team for next season. He grew up inside the Honda family and has gained a lot of experience at different levels. We are sure that he can bring that experience and a strong Honda spirit to the team. Honda Motor Europe has been looking for a dynamic and fast partner for Jonathan Rea and we are convinced that this combination is the best way to take us forward as we develop the new CBR1000RR Fireblade for 2012."