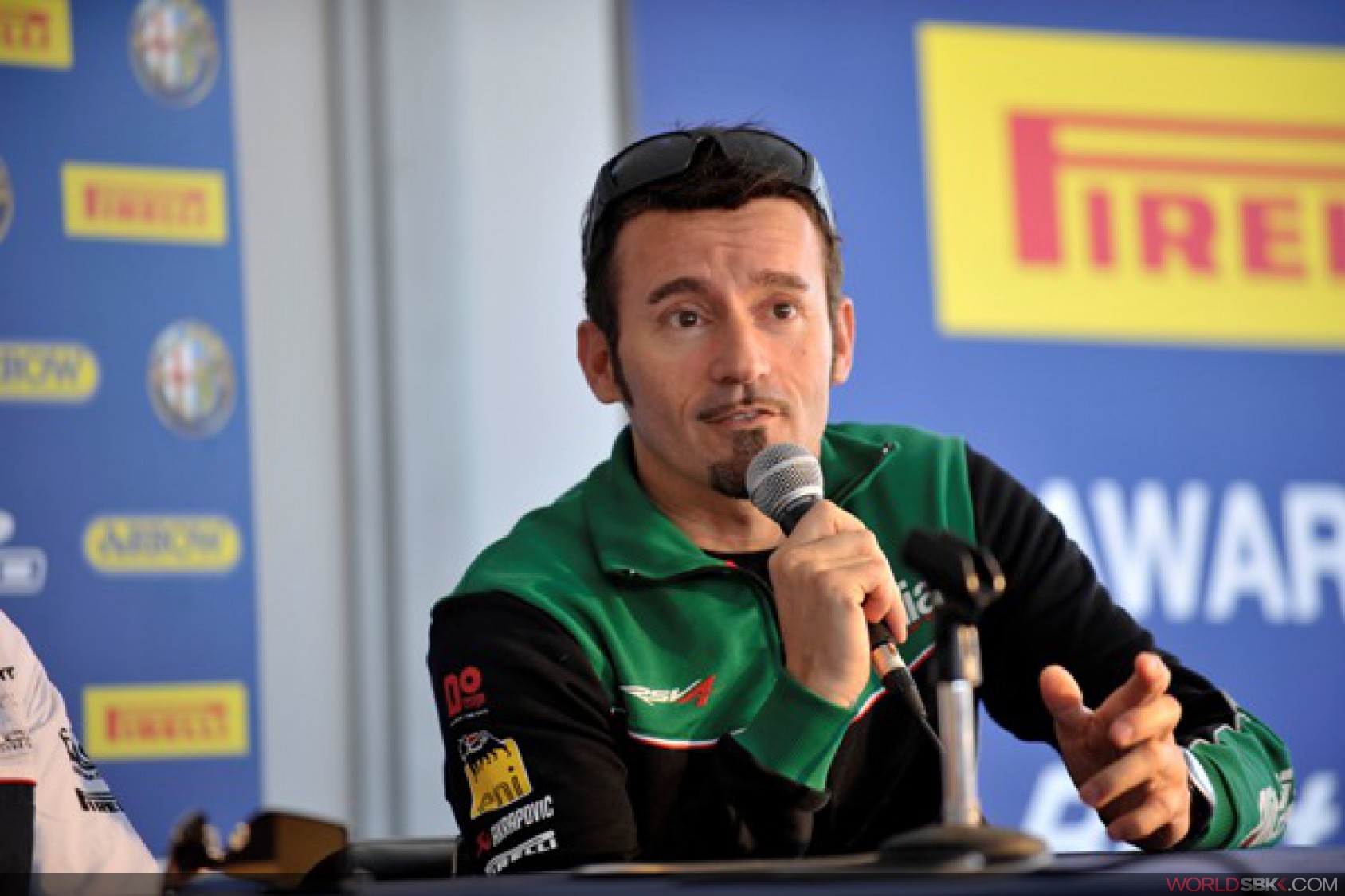 Biaggi closes up on Checa
Max Biaggi (Aprilia Alitalia) was the biggest improver in the second and final qualifying session, the Italian moving into second place before the all-important Superpole decider. Another man on the move was Tom Sykes (Kawasaki Racing Team) who closed right up on the front-runners ahead of Sylvain Guintoli (Ducati Effenbert - Liberty Racing).