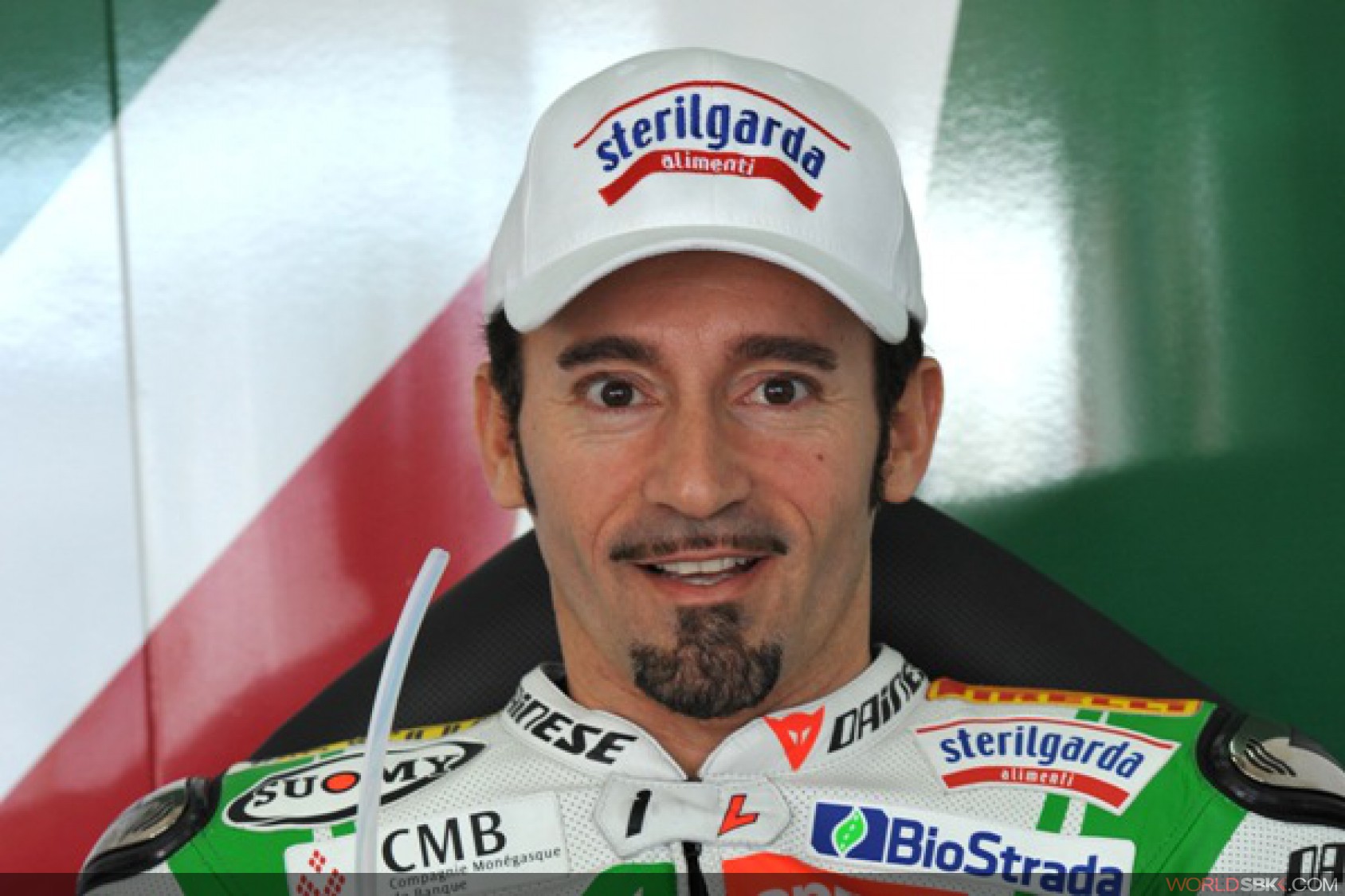 Biaggi chats to WorldSBK.com in the run-up to Brno
World champion Max Biaggi's month of June has been an important one for a number of reasons. Firstly, because the Aprilia Alitalia rider scored his first win of the year in race 2 at Motorland Aragon, and this result, together with a second place in the first race allowed the Italian to reduce the gap to leader Carlos Checa (Ducati Althea) to just 43 points from the 72 that separated them after Misano. In addition yesterday Biaggi also celebrated his 40th birthday in his twentieth season competing on the world scene. WorldSBK.com caught up with Max in the run-up to the next round at Brno.

So finally you scored your first win, does your season start right here and right now, especially with the Brno round coming up?
"I strongly believe that the results in the first part of the season were not what we deserved. I'm really looking forward to the next round at Brno, where I feel sure we won't be caught unawares!"

What's been missing in the first part of the year, a bit of luck or something else?
"Luck is always a fundamental ingredient, even in sport. I've made a few mistakes, I can't deny that, but I'm looking ahead and am ready to fight on."

Now that he's got his first win of 2011 out of the way Biaggi is heading towards what is probably his most congenial circuit, the Automotodrom Brno which will host the Czech Republic Round from 8-10 July, and where Biaggi has scored wins on virtually every bike he has raced on.

What's your strategy to make up the 43 point gap? Go for the win or settle for the points?
"I'll always give 100%, that's all I can do without backing off. I strongly believe that every bike racing fan knows my abilities and knows that I have never backed away from a fight."

The top 3 in the standings are all very experienced riders, is that just a coincidence? And how important is that over an entire season?
"Experience helps but it's not everything... on the contrary! All I can say is that every race on Sunday is different and has its own difficulties. You have to adapt rapidly, and those who can do so as quickly as possible are in a position to make all the difference."

You are the first and only Italian to win a WSBK title, but on the victory front you still have a couple more races to go to beat the current record holder Pierfrancesco Chili.
"Ah, I really wasn't aware of that. That's nice to know, it's always an honour to notch up these ‘firsts' throughout your career. Now I've got one more reason to go for the wins in the next races."