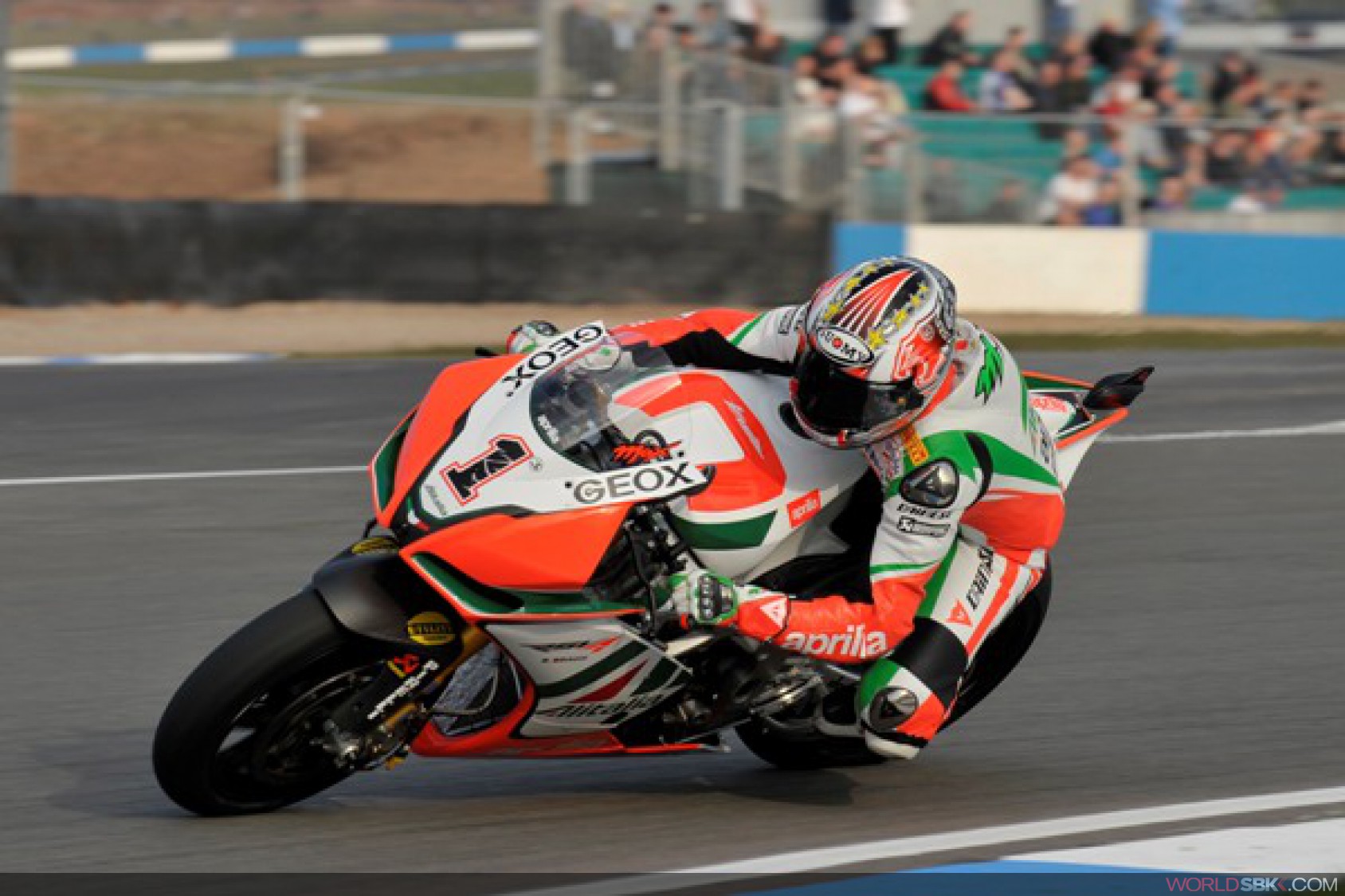 Biaggi and Melandri wrap up Q1 at the front
Max Biaggi (Aprilia Alitalia) scorched round the new-look Donington Park circuit in a blistering time of 1 minute 28.794 seconds to head off a challenge from Marco Melandri (Yamaha World Superbike) as the Superbike riders concluded their first qualifying session. Biaggi's final advantage over Melandri was just a fraction, with the two Italians the only riders into the 1'28 bracket.

Carlos Checa was also on the pace, grabbing the lead in the middle of the session, but the Althea Racing man eventually ended up third, while Eugene Laverty (Yamaha World Superbike) completed the overnight front row.

The hard-fought session saw a series of surprises as both Leon Haslam and Troy Corser were up amongst the frontrunners for a while on their BMW S 1000RR machines, together with Joan Lascorz (Kawasaki Racing Team), while two fallers today were Ayrton Badovini (BMW Motorrad Italia) and Michel Fabrizio (Suzuki Alstare).