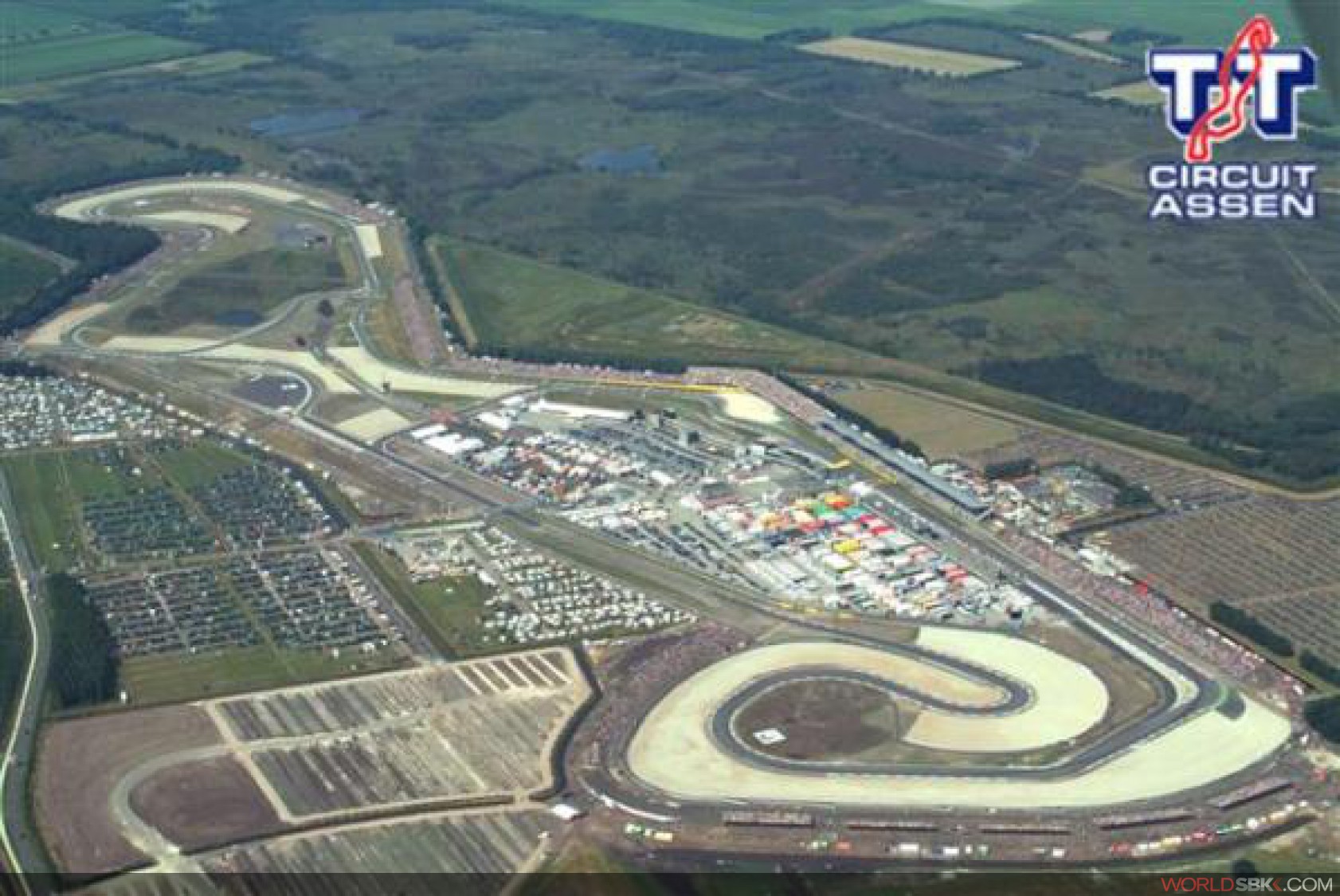 Old Master a favourite with riders
The seemingly ever-changing Assen circuit will once more deliver the Superbike World Championship a timeless atmosphere along with its latest slice of modernity, with a new track length being the main talking point in the run up to yet another potentially classic race weekend. The truly world famous Circuit van Drenthe is now 4.542km long, thanks to the slight alteration of a couple of parts of the track which have reduced the overall length by a handful of meters. This former road circuit is simply a must-do for any would-be champion, one of those race venues that demands so much from the rider that even the most successful feel there is always something new to learn with each visit.

HASLAM TOP CLASS AND TOP OF THE CLASS: Leon Haslam (Suzuki Alstare) has had a brilliant start to his first year with Suzuki, and now leads Max Biaggi (Aprilia Alitalia) by 18 points. Twenty-five points behind Max, another 2010 race winner Carlos Checa (Althea Ducati) is third, while last time out at Valencia Noriyuki Haga (Ducati Xerox) turned the tables on his recent run of bad luck, taking a race two win. It was his first victory of the year and his second podium in six races.

FORMER ASSEN WINNERS COME BACK FOR MORE: Haga was the race two winner at Assen last year and is one of the four current WSBK riders who have won a race at Assen before. The triumphant quartet also features James Toseland (Yamaha Sterilgarda), Chris Vermeulen (Kawasaki Racing Team) and Ruben Xaus (BMW Motorrad Motorsport). Only Haga is still on the same type of machine that he raced to victory on, but that is only one of many variables at work at this unique racetrack. Vermeulen will return to action this weekend, joining his team-mate Tom Sykes again to complete the original 2010 Kawasaki Racing Team line-up. Another top name comes back from injury this weekend, as Broc Parkes (ECHO CRS Honda) takes his first steps in a real race situation for his new team.

OFFICIAL TEAMS PACK THE FIELD: The 14 officially entered machines in WSBK racing are backed up by a solid mass of strong privateers, with seven competing manufacturers represented once more by a remarkable array of talent, with varying levels of global experience. Troy Corser (BMW Motorrad Motorsport) is on the same title count as double champion Toseland, and the Aussie star will be out to go one better than the best-ever fourth place he posted for BMW at Valencia last time out. Ruben Xaus (BMW Motorrad Motorsport) will be another in the frame for a top result, at a circuit that clearly suits his style.
Opening the season with two podiums was a strong start for Michel Fabrizio (Ducati Xerox) but he will be looking to Assen as nothing less than a full-scale recovery to his best form, after two no-scores at Valencia. Jonathan Rea (Hannspree Ten Kate Honda) has yet to win this year but is still a good fifth, while his team-mate Max Neukirchner is very keen to show his best again at his team's home circuit. Sylvain Guintoli (Alstare Suzuki) sits seventh in the table, on the same points as Toseland after six races and three rounds.

LEGENDARY NAME MISSES THE PARTY: The official Yoshimura Suzuki Racing Team was set to make the first of a scheduled three entries to the Superbike World Championship in 2010 with four-time Superbike race winner Yukio Kagayama this weekend, but the ongoing volcanic cloud and transport situation in Europe has meant that the Japanese company has postponed its debut until possibly the Monza round.

BRITISH RIDERS MAKING THEIR MARK: Consistent finishes have eluded some of the seven British riders in the championship this year, but Portimao podium man Cal Crutchlow (Yamaha Sterilgarda Team), Leon Camier (Aprilia Alitalia) and Shane Byrne (Althea Ducati) have all shown fabulous pace already, with the promise of more to come. Assen has been a happy hunting ground for British competitors many times in the past, with four different UK riders standing on top of the podium in the Netherlands. Undisputed King of Assen Carl Fogarty managed it on 12 separate occasions...

WORLD SUPERSPORT: It was all change at the top of the Supersport World Championship tree at the previous Valencia round, as Joan Lascorz (Kawasaki Motocard.com) moved into the lead, ahead of Kenan Sofuoglu (Hannspree Ten Kate Honda) and Eugene Laverty (Parkalgar Honda). Lascorz won convincingly at home, meaning all of the top three riders have now taken a race win each. To add more spice to this weekend's contest, Assen is a home race for Sofuoglu's team, as Valencia was for Lascorz and his Kawasaki squad. Triumph riders Chaz Davies (Triumph ParkinGO BE1) and David Salom (ParkinGO BE1 Triumph) head up Fabien Foret (Lorenzini by Leoni Kawasaki) in the points after Valencia, with Foret now sixth overall.

PARKINGO SERIES CONTINUES TO GATHER PACE: The ParkinGO Stars series, which features a movable feast of riders on identical Triumph Street Triple R machines, will have its second outing of the year this coming weekend, after its debut weekend in Spain almost two weeks ago.