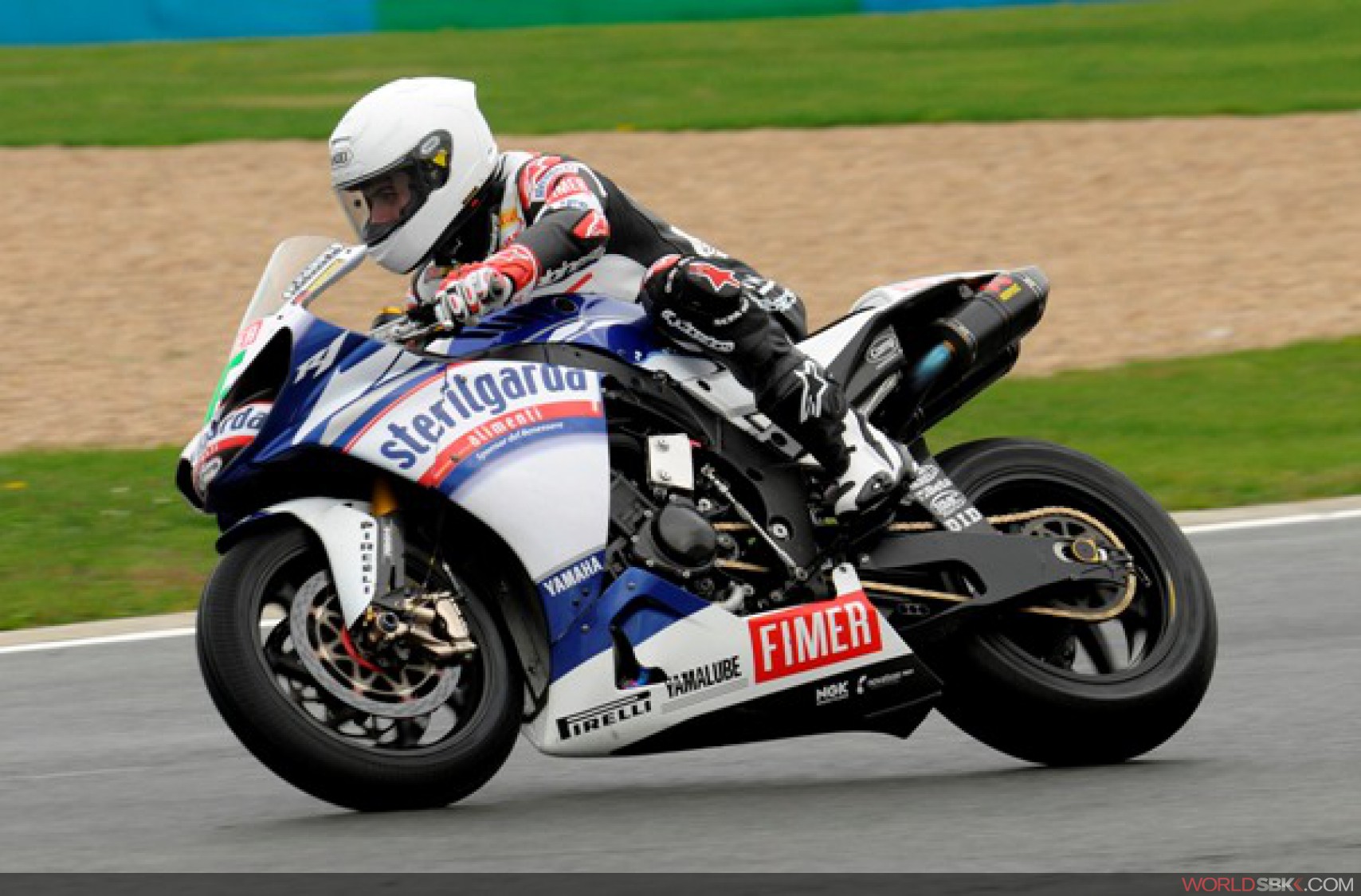 New combinations defy weather on day 1 of Magny-Cours test
Occasional bouts of heavy rain and a wet track surface around the 4.411km Magny-Cours circuit prevented the new bike and rider combinations from getting through the workload they expected to today.

But there were many interesting sights in pitlane, and occasionally on the circuit in between showers, as new signing Leon Haslam (BMW Motorrad Motorsport) had his first outing on a 2010 spec S1000RR, and Eugene Laverty (Yamaha Sterilgarda) rode his new bike for the first time today as well.

Michel Fabrizio (Suzuki Alstare) re-joined the team he won the Superstock 1000 Championship with in 2003, and put in some laps on wets on his GSX-R1000. Noriyuki Haga (Aprilia Pata Racing Team) took a factory-spec bike out in public for the first time as well, in the inaugural test for a fresh team for 2011, a combination of the DFX and Borciani.

Due to the changeable conditions no truly significant times were recorded today but another day of testing remains tomorrow, with weather forecasts indicating there will be slightly improved conditions.