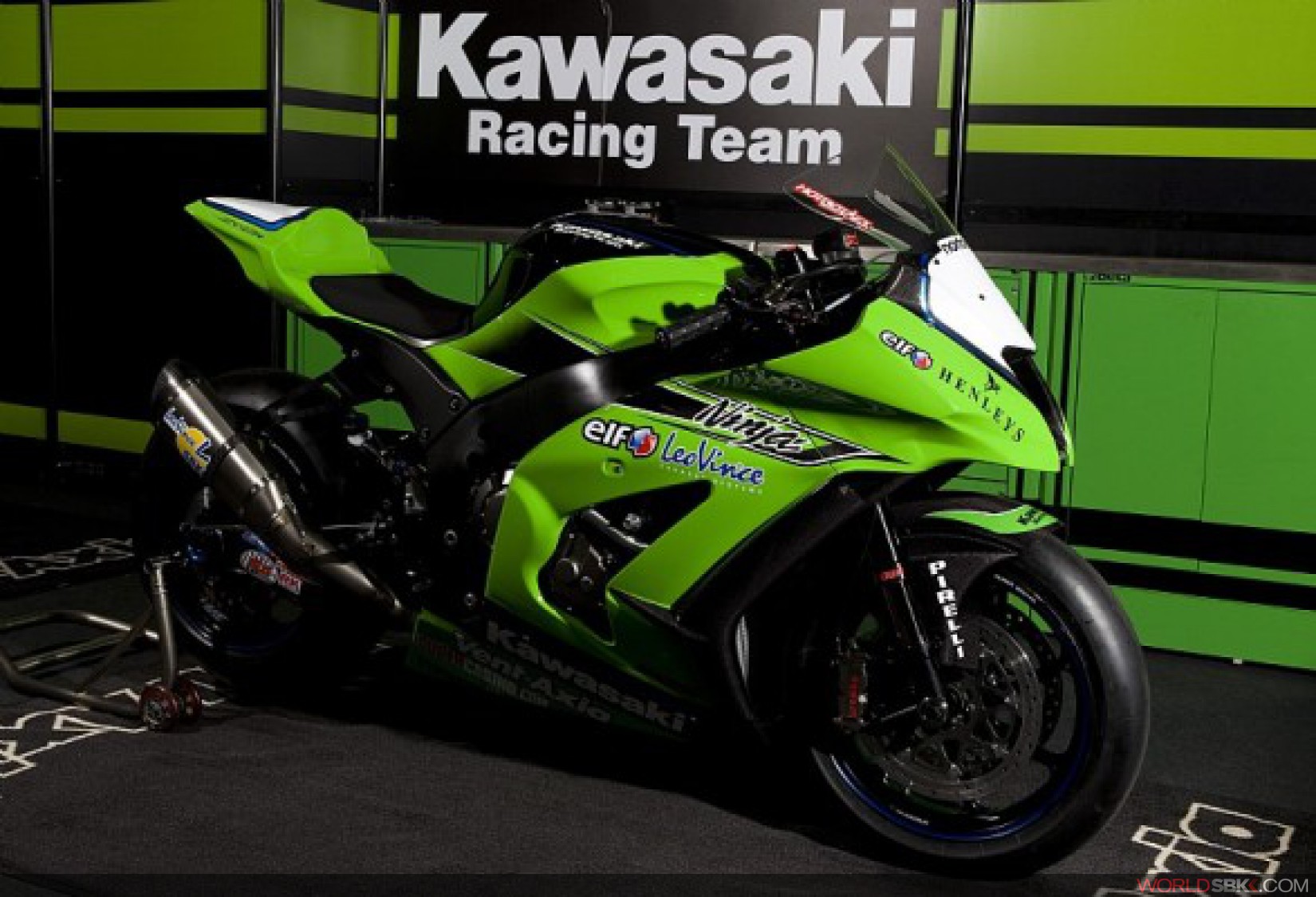 Kawasaki announces five riders for Superbike and Supersport
Kawasaki has confirmed the line-up of its factory-supported teams in both WSBK and WSS classes for the 2011 racing season. Tom Sykes will ride alongside Chris Vermeulen and Joan Lascorz essentially forming a three-man WSBK effort for KRT. The team, being run by the Paul Bird Motorsports squad once more, will be using the all-new Ninja ZX-10R.

Broc Parkes and David Salom will be running in World Supersport for the Kawasaki Provec Motocard.com team, competing on the well-proven Ninja ZX-6R.

Sykes, like Vermeulen, has been retained for the 2011 Superbike World Championship season, as part of a determined attack on the title with the new Ninja ZX-10R. He is already taking part in an extensive winter test programme, including the current track outings at Aragon in Spain. Vermeulen will start his second season with the factory Kawasaki after he finishes his rehabilitation from reconstructive surgery on his right knee. Promoted from the Supersport division, rising star Lascorz is preparing himself for his latest challenge, in the Superbike class, after several successful seasons for the Spanish rider in WSS racing.

In Supersport Parkes, already confirmed as a 2011 rider for the Kawasaki Provec Motocard.com team, will be joined by Spanish rider Salom. David has much experience in this class and is thrilled to be in a factory squad with the strong recent track record enjoyed by Kawasaki.

Ichiro Yoda, KME Racing Manager: "We believe that three riders giving information inside the PBM team will speed up the process of developing the all-new Ninja ZX-10R, and help tune up the new bike's potential very quickly! Then, obviously, we hope to be highly competitive from the very beginning of next season. For WSS, we are very happy to work with Broc Parkes, who was ex-WSB rider for us, and along with David Salom there is a big racing passion and high motivation to succeed next year. We feel confidence with them and the Provec team management to achieve our target of winning that championship."