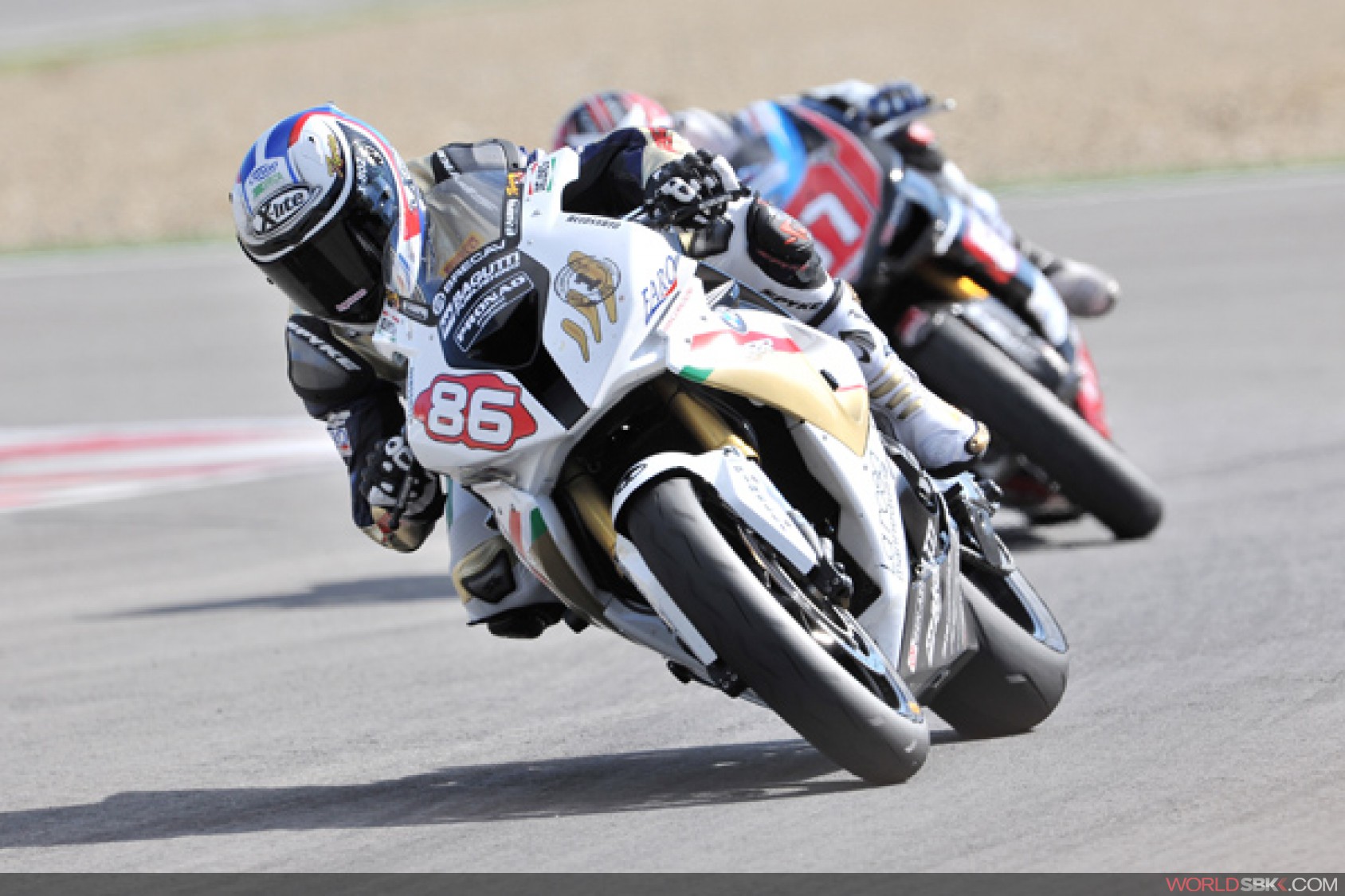 Home win for Ayrton
Ayrton Badovini (BMW Motorrad Italia STK) made it nine wins in nine attempts after a long battle with Lorenzo Zanetti (SS Lazio Motorsport Ducati) was effectively ended on lap nine, when Badovini made a pass into the final chicane and gapped Zanetti right away.

Maxime Berger (Ten Kate Race Junior Honda) had an eventually lone race in third, nine seconds behind the lead on the final lap. In the championship, Badovini has 225 points, a perfect score, and Berger is now guaranteed second, with 122.