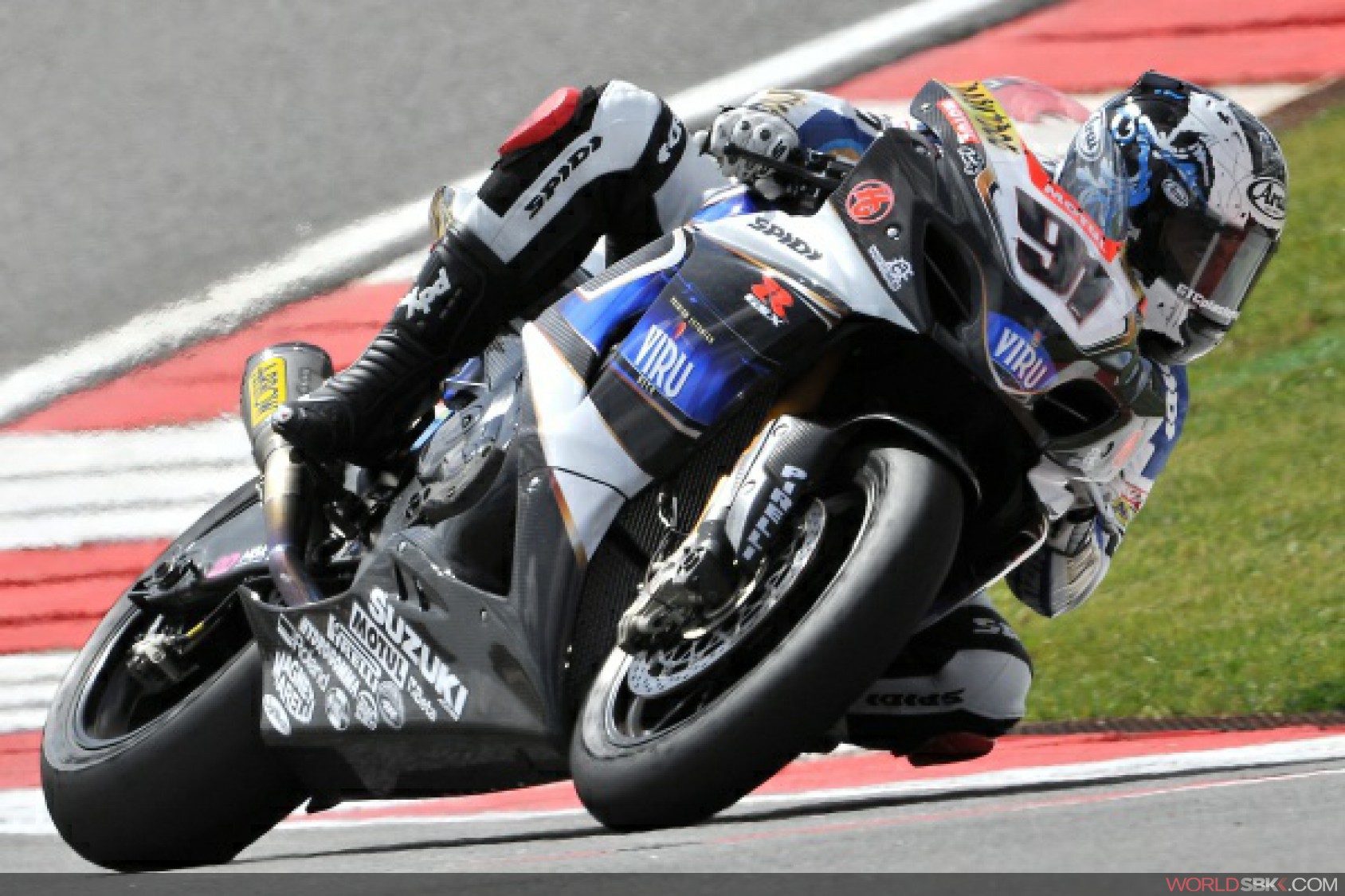 Haslam leads after one day in the Portuguese sun
Leon Haslam (Suzuki Alstare) made best use of a dry and steadily improving track surface to record the best qualifying time so far and take provisional pole with a 1'43.476. Late charger Michel Fabrizio (Ducati Xerox) was only 0.032 seconds back in second, with Phillip Island race winner Carlos Checa (Ducati Althea) third.

Aprilia Alitalia rider Max Biaggi was a competitive fourth quickest on his latest spec of machine, with Yamaha Sterilgarda rider and double WSBK World Champion James Toseland fifth, having been the first rider to get under the 1'44 barrier.

SBK rookie Cal Crutchlow (Sterilgarda Yamaha) was a fine sixth, and was one of seven riders to take their place at the top of the timesheets at some stage of the first qualifying session, before Haslam left his name on top.
Shane Byrne (Althea Ducati) held off Jakub Smrz (Pata B&G Racing Ducati) for seventh. Aprilia Alitalia rider Leon Camier pushed his machine to ninth place, and yet another British rider, Jonathan Rea (Hannspree Ten Kate Honda) was once again the top Honda runner, tenth. Jonathan had suffered a high speed crash in the first untimed practice session, but got going again in the afternoon.

A total of 14 riders were covered by a second today, with an even closer level of competition expected in the next qualifying session, to be held tomorrow morning. The fastest 20 riders will then make it into Superpole, on Saturday afternoon, to fight for their ultimate grid positions.

Leon Haslam: "It is all feeling good here even though we are not as quick as we were at the winter test. We did a lot of laps on the same tyre to get ready for the race and it is pretty satisfying to be fast on the first day."

Michel Fabrizio: "I only really got the chance to go for one quick lap time in the session but with a couple of more chances I think I could have gone faster. We worked well on the set-up today for the race and I am relaxed and confident that we will go even faster tomorrow."

Carlos Checa: "We worked in the morning session to find a good set-up and as soon as we used the softer tyre in the afternoon session we were something like one second faster. We are only losing some time in the final split so we are now working on how to make that up."

Eugene Laverty (Parkalgar Honda) moved up to the provisional pole position at his team's home race, setting a best of 1'45.797. His nearest competitor is Michele Pirro (Hannspree Ten Kate Honda) and Michele's team-mate Kenan Sofuoglu was third. Chaz Davies proved to be top Triumph ParkinGO BE1 rider - fourth - with the best Kawasaki under the control of Joan Lascorz (Kawasaki Motocard.com) in fifth place.