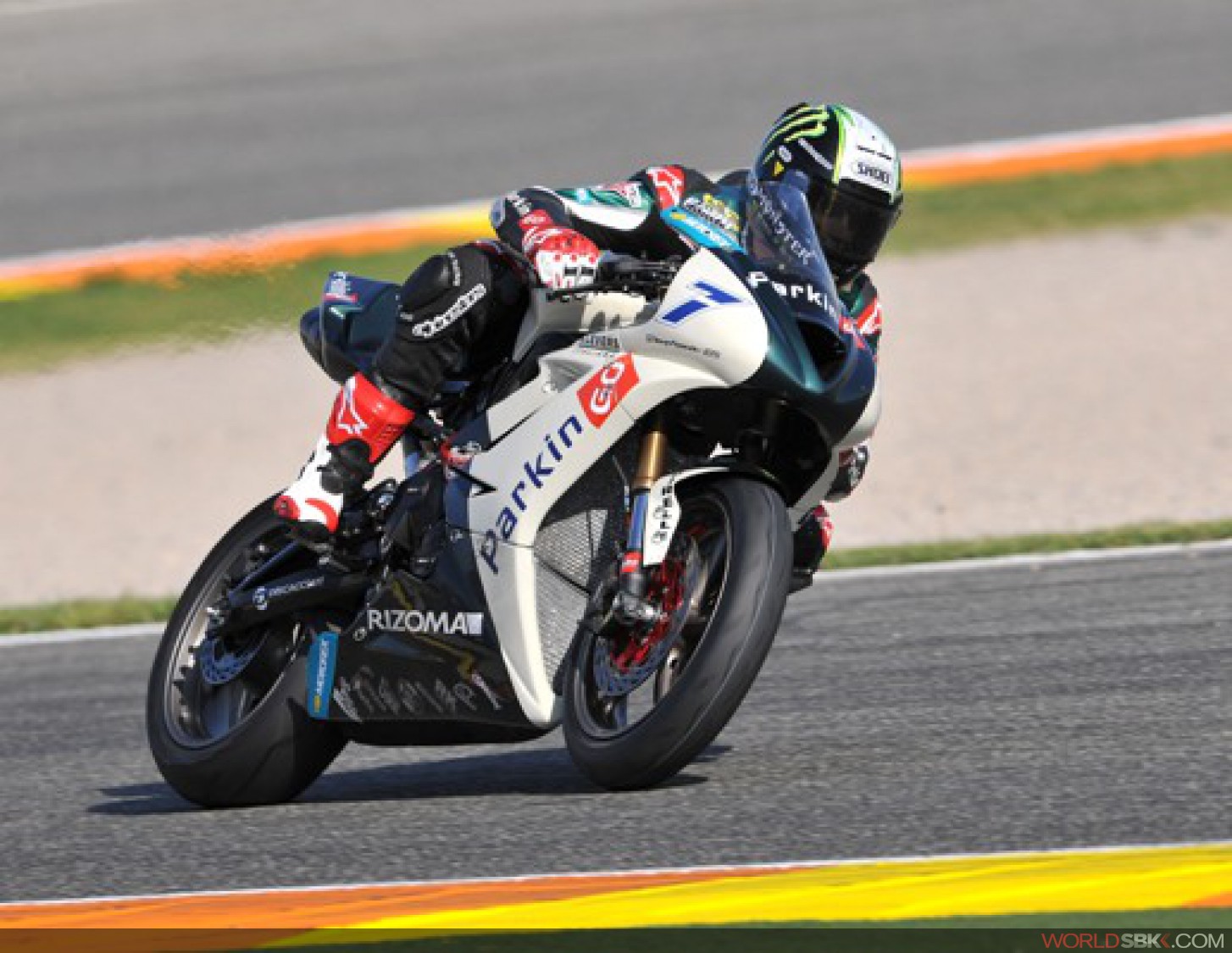 Davies notches up first podium for Triumph
The Valencia Supersport race saw Britain's Chaz Davies notch up his best result since joining the championship towards the end of last year and the first podium of the season scored by the Italian-based ParkinGO Triumph BE1 Racing. The 23-year-old finished third after 23 hard-fought laps during which he had a great scrap with former world champion Kenan Sofuoglu.

The result was a historic one for Triumph as it is the first podium in World Supersport scored by a Brit. The two previous third places had been obtained by Aussie Garry McCoy.

"It was a beautiful race. I got a very good start and got in the leading pack with Lascorz, Laverty and Sofuoglu," declared Davies. "After a few laps, I got in second place and from that moment on I started the duel with Sofuoglu. Lascorz exploited that and build up a gap. With six laps left, I made a small mistake while I was still battling for second place. This allowed the Turkish rider to create an advantage for himself. I tried to catch him, but the tyres were almost worn out and so I wasn't willing to take any risks. I hope this podium will be the first of many. I have to thank the entire team for doing a great job. This result wouldn't have been possible without their hard work".