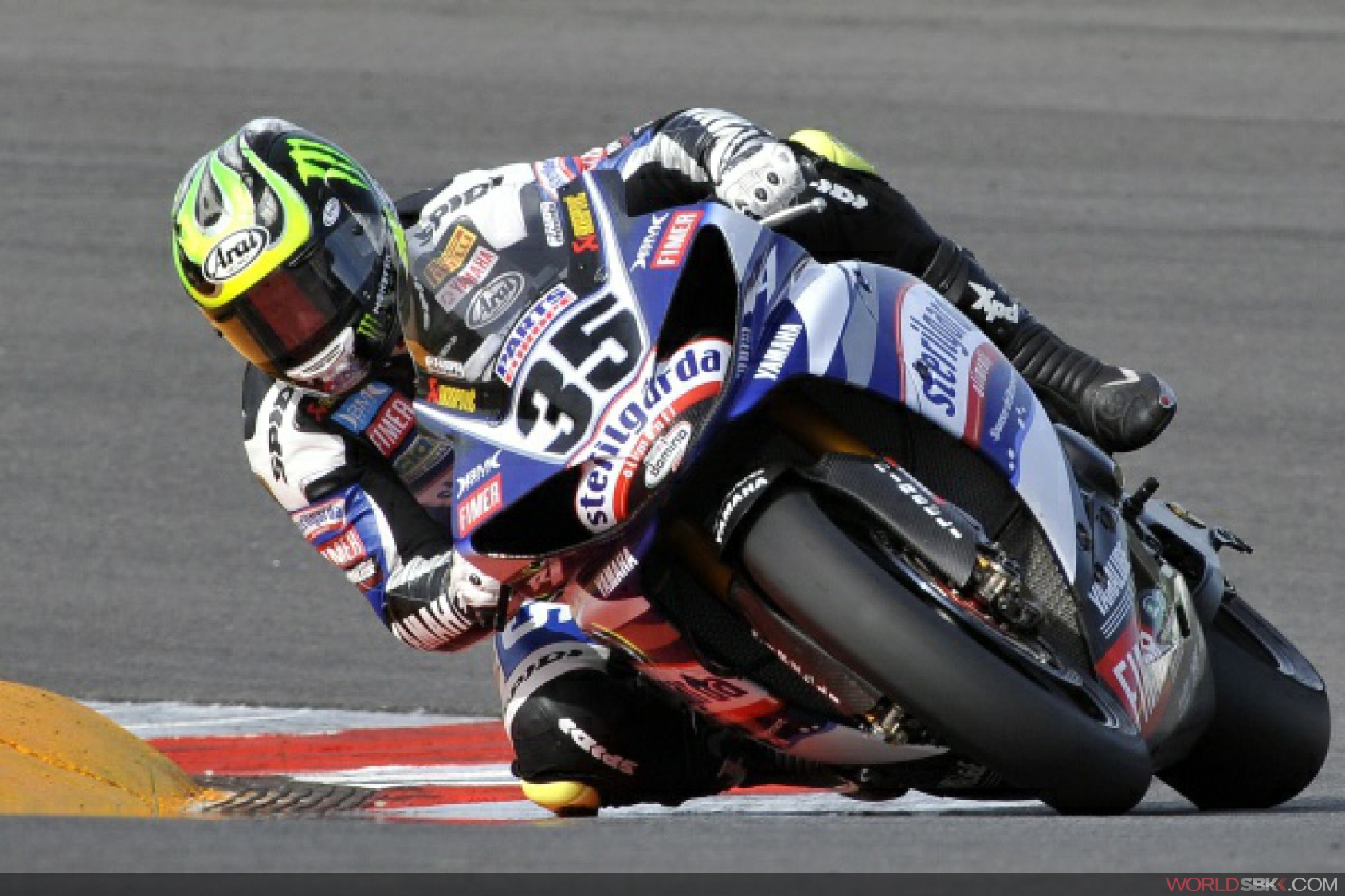 Crutchlow even had a qualifying tyre left in his pit box as he had completed the first two Superpole sessions using race tyres, having spent most of practice riding on worn tyres to find a strong set-up for raceday.

With both factory Ducati Xerox machines ruled out early from the reckoning, after a Superpole 1 crash for Michel Fabrizio and a tough Superpole 1 session in general for Noriyuki Haga, Carlos Checa was once more best Ducati rider, taking his private Althea machine to third-best grid placing.

Leon Haslam (Suzuki Alstare) could not make the most of his qualifying tyres and was fourth on the grid, but still starts from the front row for Sunday's 22-lap races.

Cal Crutchlow: "We made some changes since the last race. Yamaha has worked really hard in the last month to work out our problems as well. The track here is better and better and our bike is also improving. I was quietly confident I could get pole and we even had one qualifying tyre left at the end because we used race tyres in the first two sessions. Pole is a bonus."

Max Biaggi: "We made a good race here last year so we know what our level would be. Now we are back where we should be, fighting with the best guys on the top. We did not make many changes just got the set-up to work as best we can. The layout of the track and the tarmac just means that our bike is working better."

Carlos Checa: "I think it is open tomorrow, because many riders have good pace with a chance to win and be at the front. We will see how the race turns out, but hopefully we will be there at the end and have a chance."

Eugene Laverty (Parkalgar Honda) pushed his way to the pole time at Portimao, with Hannspree Ten Kate Honda riders Kenan Sofuoglu and Michele Pirro second and third. Top Kawasaki rider was Joan Lascorz in fourth, with the best Triumph BE1 machine under the control of Chaz Davies, sixth on the timesheets. Local rider Miguel Praia (Parkalgar Honda) was eighth and now starts from the second row.