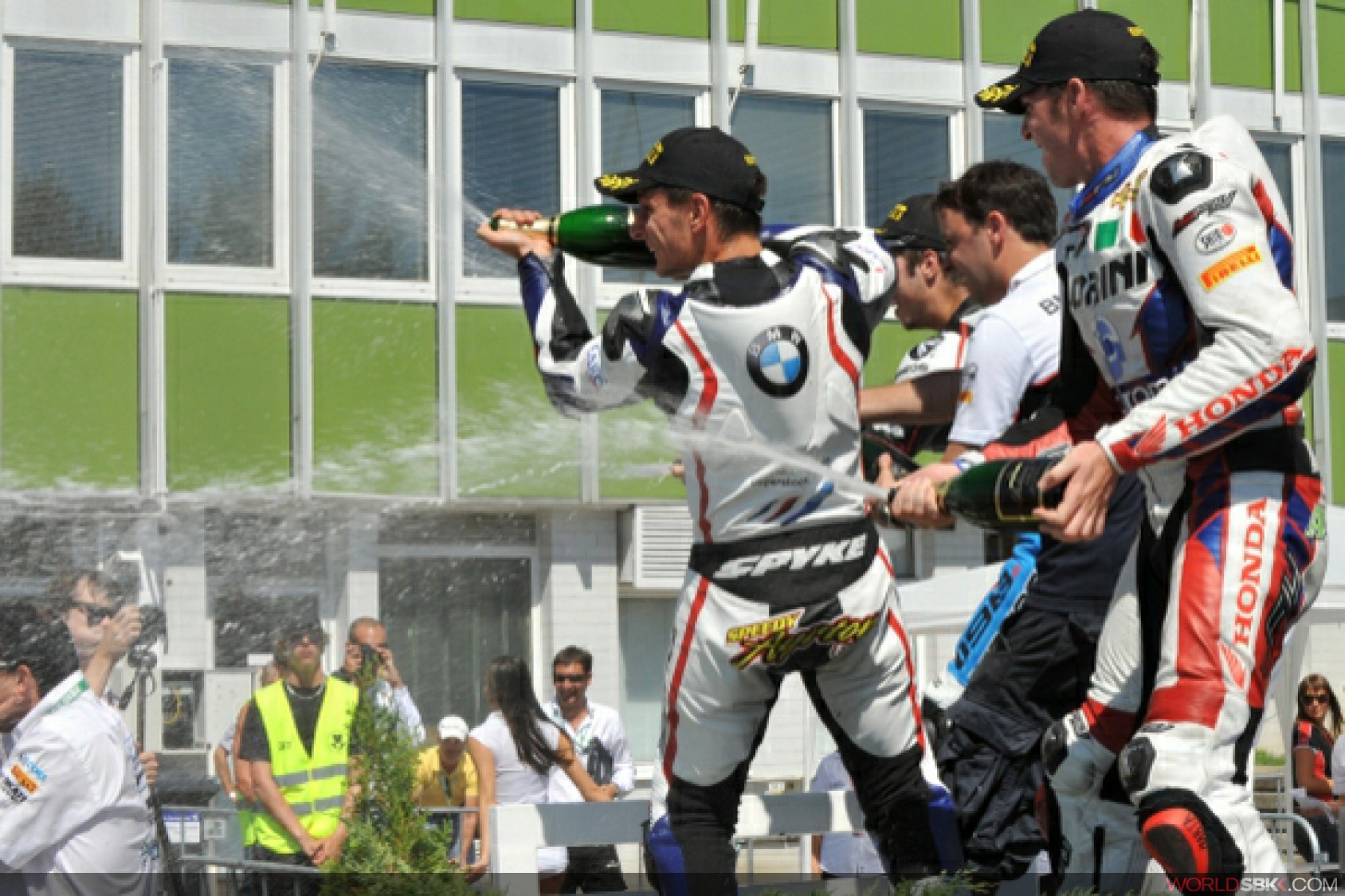 Ayrton the master in Brno
Ayrton Badovini (BMW Motorrad Italia STK) had to work until the very last corner of the 12-lap Superstock 1000 race but he still took his sixth win in six races to lead the championship on a perfect 150 points.

He was hit from behind early in the race by Maxime Berger (Ten Kate Junior Race Honda) but held on to win by only 0.286 seconds from Ducati rider Lorenzo Zanetti (SS Lazio Motorsport) who was himself competing in his first big race.