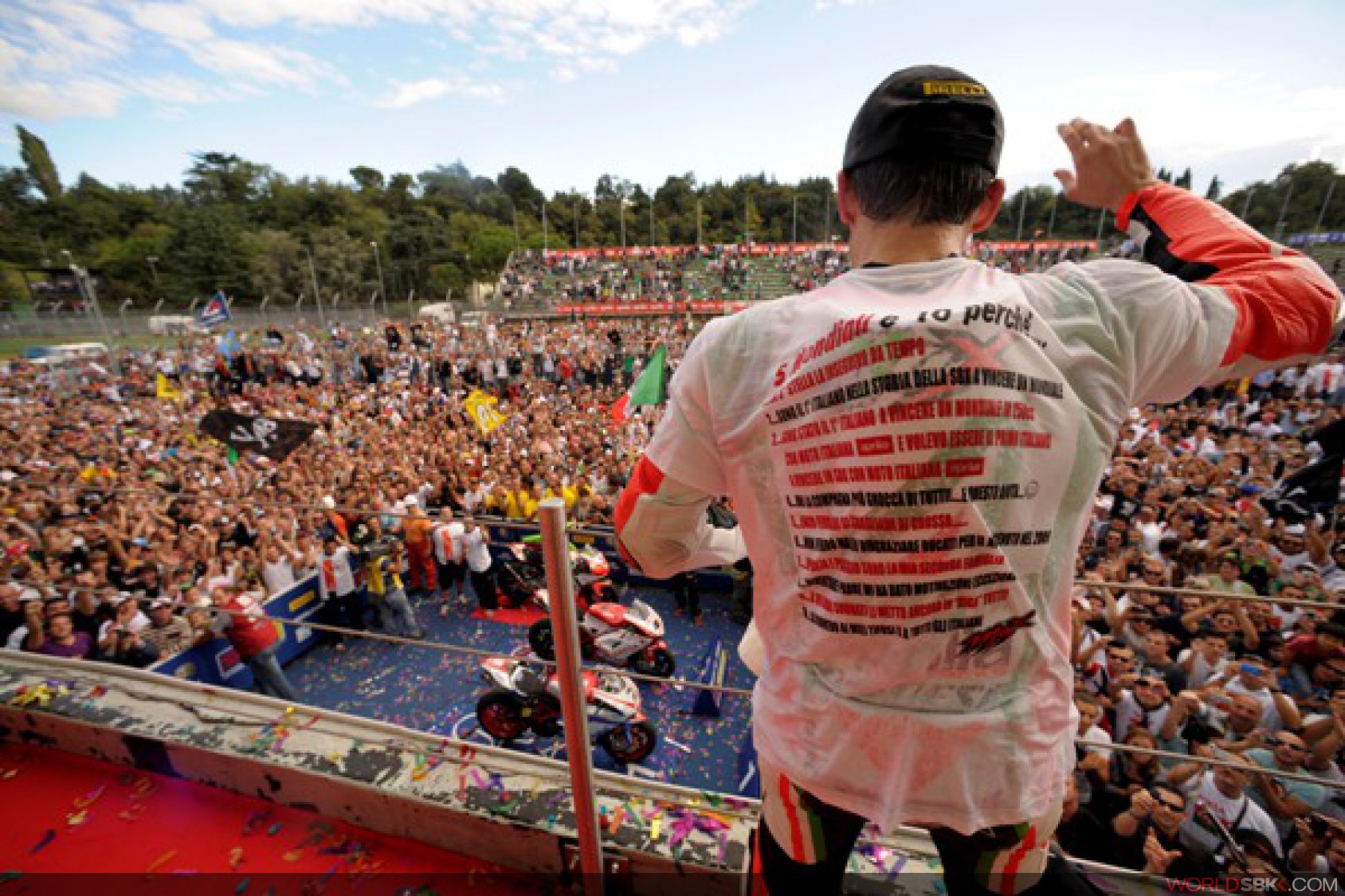 5 World titles and 10 reasons why...
When Max Biaggi stepped onto the podium shortly after winning the 2010 Superbike World Championship, he was wearing a special T-shirt to celebrate the win, as in traditional, time-honoured fashion.

This time round however Biaggi's commemorative T-shirt was a little bit different to the others as, in addition to the 5 stars on the front (for four 250cc and one SBK title), on the back it also had a list of 10 reasons, thought of by the Italian himself, of why he is now the proud holder of 5 world titles.

1. I've been chasing a fifth star for a long time;
2. I am the first Italian in SBK history to win the world title;
3. I am the first Italian to win a 250cc world championship with an Italian bike (Aprilia) and I wanted to be the first Italian to win in SBK with an Italian bike (Aprilia);
4. I have the hottest chick as my companion, and this helps! (Ed. referring to his current companion Eleonora Pedron, ex-Miss Italia);
5. Enzo Ferrari was wrong, in a big way... (Ed. referring to the F1 constructor, who famously said "When a driver becomes a father, he loses one second a lap");
6. I will never stop thanking Ducati for their refusal to sign me in 2009;
7. Aprilia and Piaggio are my second family;
8. Becoming a father has given me exceptional motivation;
9. At well past 39 years of age I can still keep everyone else in line;
10. I owed it to all my fans and the Italians.