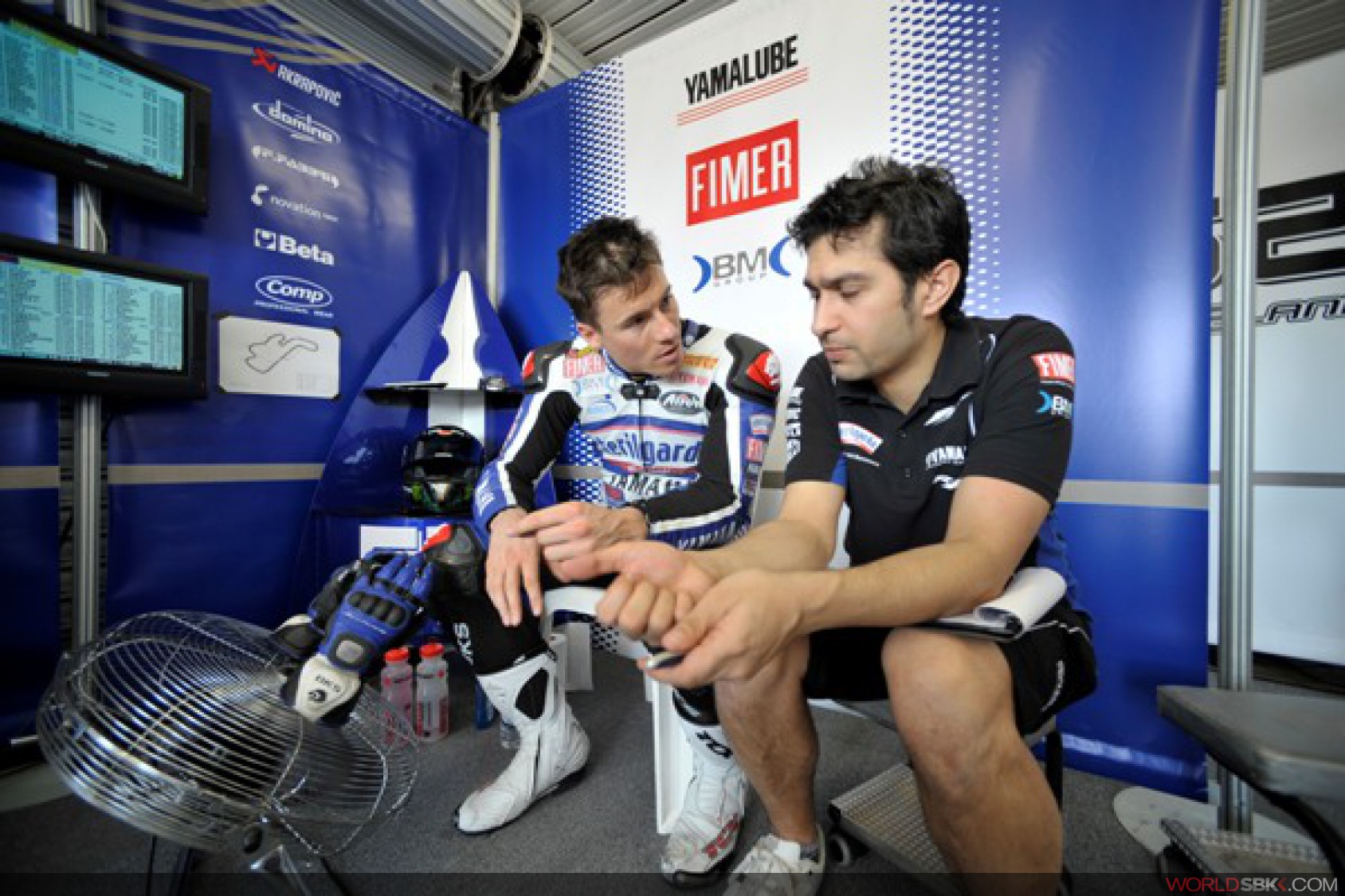 Valencia the venue for some top name WSB tests this week

Lined up for the tests are Aprilia Racing Team riders Max Biaggi and Leon Camier, plus test-team rider Alex Hofmann.

For Honda, both WSB and WSS branches of the Hannspree Ten Kate Honda team will be in attendance, with Jonathan Rea, Max Neukirchner, Kenan Sofuoglu and new signing Michele Pirro taking their next steps in machine development.

Suzuki Alstare will field both their new signings for 2010, Leon Haslam and Sylvain Guintoli, each of whom also tested in Australia recently.

The Sterilgarda Yamaha team will also be at Valencia running James Toseland (photo) and Cal Crutchlow on their R1 machines.

A planned appearance for the Althea Ducati team (Carlos Checa and Shane Byrne) will not happen now, simply because the team is still working on its 2010 machines (having been a Honda team in 2009) and its staffing levels.