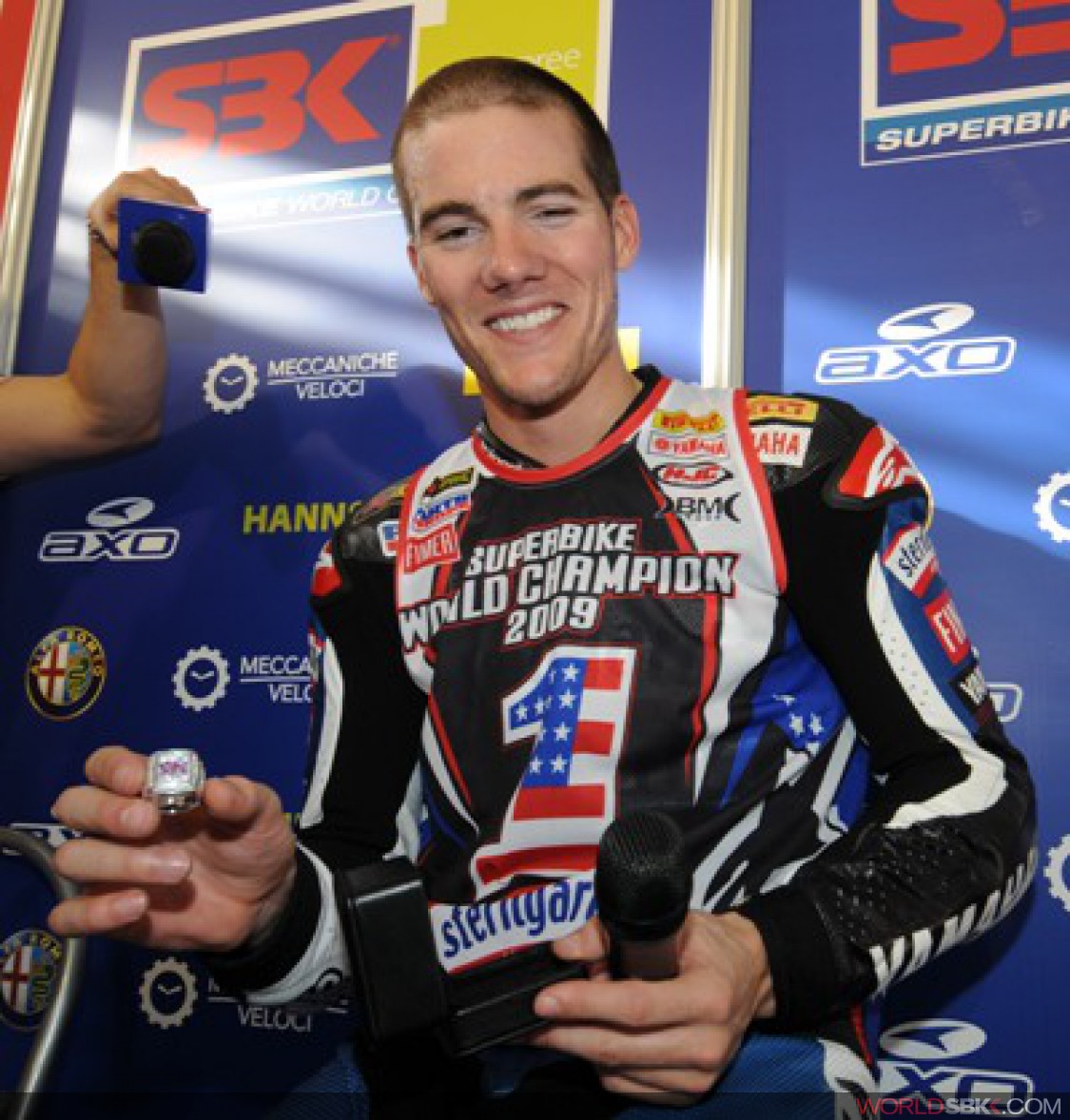 Spies: the Lord of the Ring!
WSB Champion Ben Spies' visit to the post-race SBK Paddock Show for the rider's traditional appearance before the general public concluded with the awarding of a special prize by one of the championship's partners.

Italian jewellery company Circuiti Gioelli of Novara (www.circuitigioielli.com) decided to create a WSB champion ring to be presented to this year's eventual winner and just half-an-hour after race 2 had sanctioned Ben's 2009 triumph, the ring had been engraved with his name and was ready for the presentation.

The ring is in white 18 carat gold and weighs 38.20 g. In the centre it has the SBK logo and bears the engraving ‘2009 World Champion'. It was made entirely by hand and contains 94 diamonds, 28 sapphires and 20 rubies, all of which combine to make it worth around 30,000 Euros.

The ring was presented to Spies by the manager of the company, Gianfranco Quartaroli.