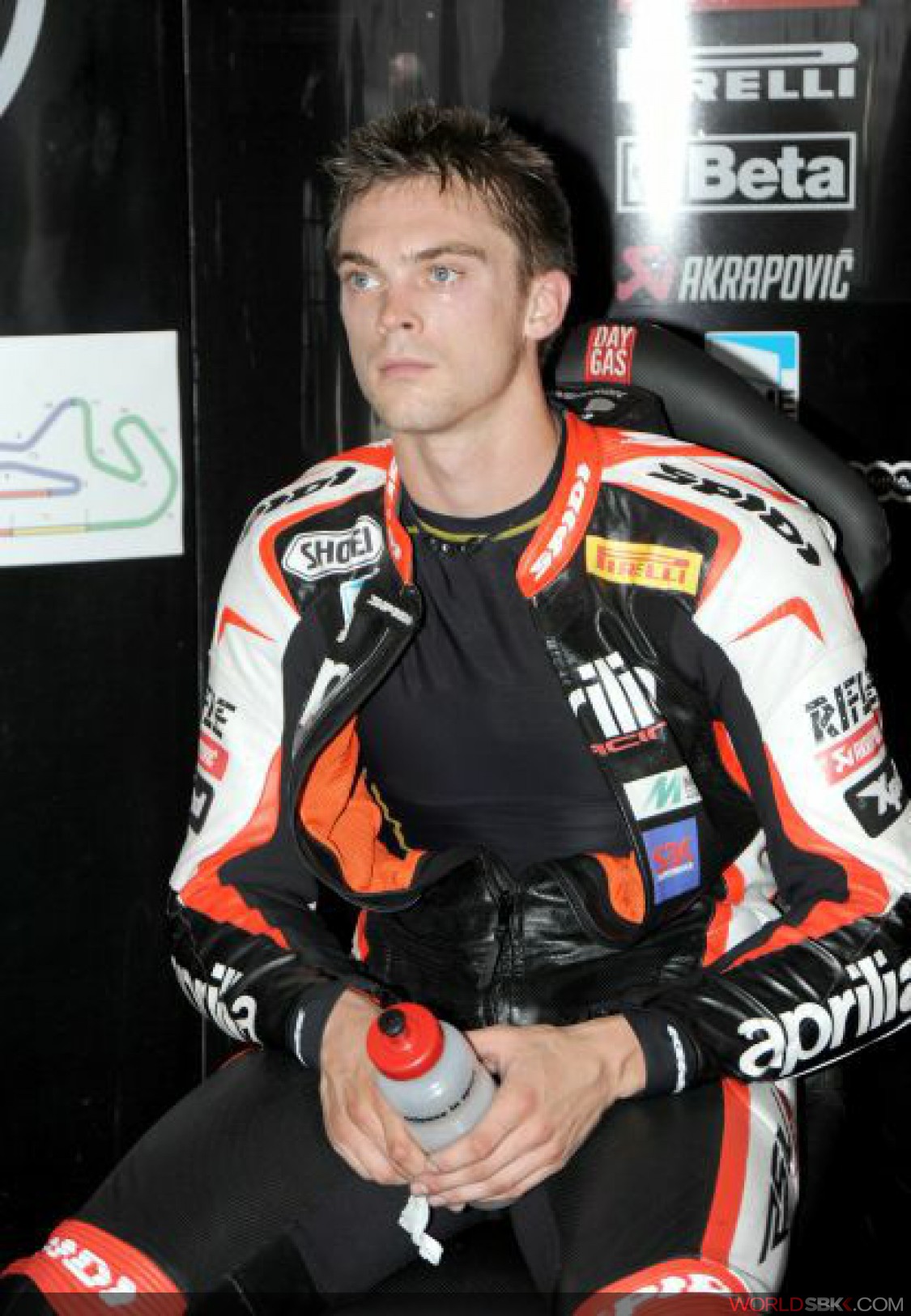 Leon Camier on the Aprilia RSV4 in the 2010 WSBK Championship

The British rider, born in Ashford on 4 August 1986, made his Aprilia RSV4 debut towards the end of the 2009 season, taking part in the Magny-Cours event and the last race of the season at Portimao (Portugal).

His excellent results at Portimao (sixth and seventh) and the post-race tests at the Portuguese circuit confirmed the choice of the young British driver for the 4-cylinder Italian bike.