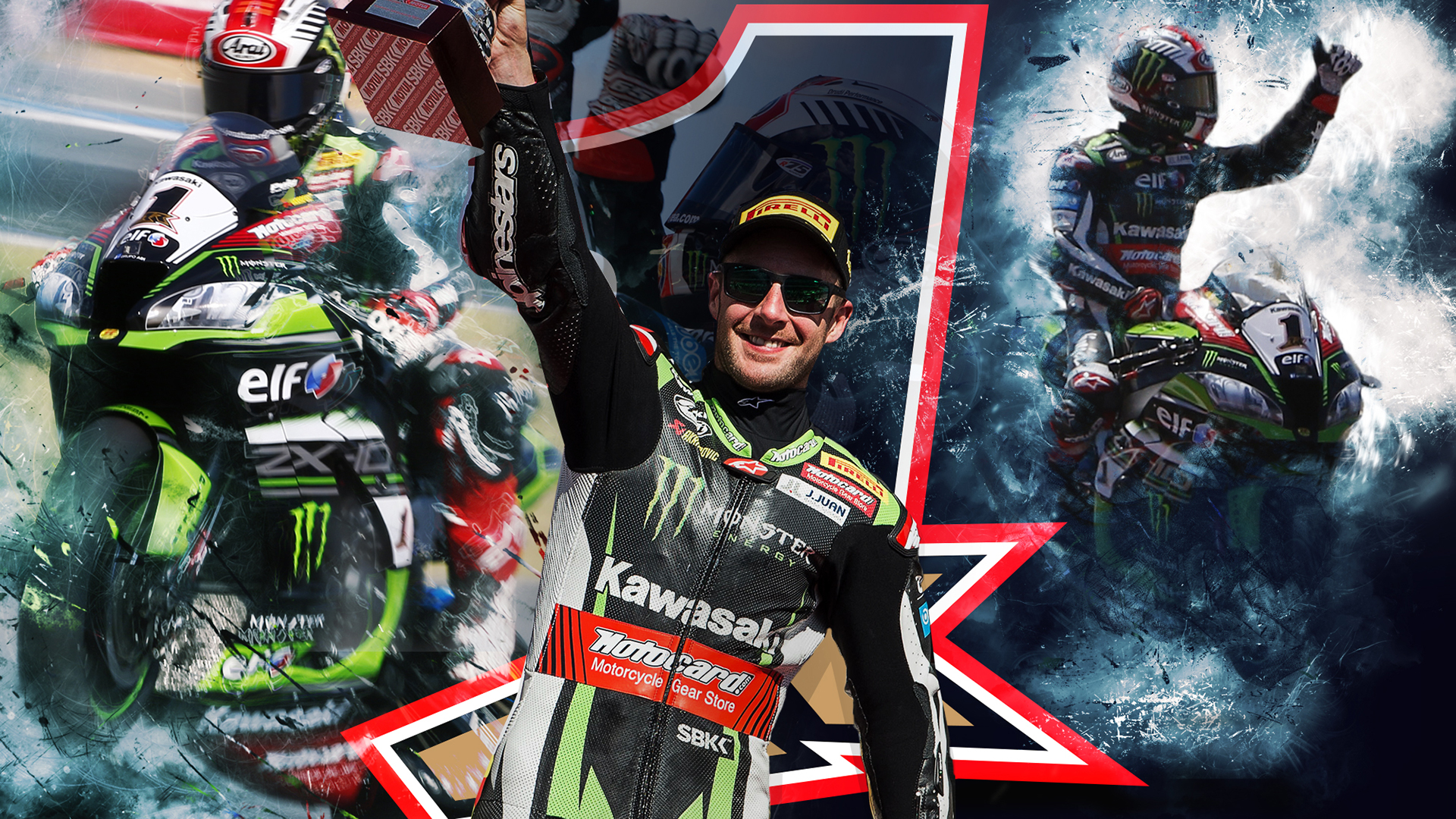 When someone asks you when Jonathan Rea (Kawasaki Racing Team) made history by winning three back to back WorldSBK titles, you will remember 30th September 2017, as the Northern Irishman has been crowned MOTUL FIM Superbike World Champion this weekend in France. A match made in heaven with his Ninja ZX-10RR, Rea took the crown in race one with a stunning display of pure race craft. The 30 year old has made this seasons dominance seem effortless, and as he lifts the third consecutive title in a row he has cemented his name in the history books along the way.

Beginning his racing career in motocross, Rea moved over to the tarmac as he began to compete in the British domestic series. Making the step up onto the world stage in 2008 in WorldSSP, he quickly found his feet and moved into the World Superbike class with Honda – taking 15 victories overall. Swapping to a green machine in 2015, Rea quickly adapted to his Kawasaki Racing Team Ninja, and he secured his debut world title that same season.

It was from here the Northern Irish born rider became unstoppable as he took the 2016 title in style at the final round in Qatar, finishing a narrow 51 points ahead of team-mate Tom Sykes (Kawasaki Racing Team). Becoming the first champion of this millennium to secure back to back titles, he then went into 2017 looking to make history.

A strong winter of pre-season testing stood the 31 year old in good sted ahead of his title defence, and he began the season in true Rea style with pole position and a double victory around the Australian circuit of Phillip Island.  Round Two in Buriram saw the dominance continue with another double victory and pole position, heading to Europe with a 30 point lead in the championship standings.

With already such a strong lead in the standings, the rider from Ballymena didn’t show any signs of slowing down. Rea was able to stop British rival Chaz Davies (Aruba.it Racing – Ducati) around MotorLand Aragon to take the victory in race one, before continuing his stunning run of victories at the TT Circuit Assen for Round Four, making it 11 wins in The Netherlands.

Rea faced some tough competition in the mid-part of the season, with Davies dominant in front of the Ducatisti around Imola and Sykes heading to his preferred circuit of Donington Park, but the champion continued with his consistency throughout the Rounds, only finishing off the podium once in Race One around Donington Park following a tyre issue.

Heading into the summer break with a 59 point lead following victories at Misano and Laguna Seca, talk of Rea securing the title this season had already began, of which he brushed off. Returning on track in August to the Lausitzring circuit, Rea again struggled to hold off Davies’ domination, but two podium finishes didn’t leave the reigning champion worried. Producing a masterclass of a double victory in Portugal seemed to seal the deal for Rea, whilst his team-mate and main title rival Sykes was forced to watch from the sidelines. Heading to Magny-Cours, Rea welcomed a fast pace from Friday and was able to secure pole position as the rain fell on Saturday morning. The title fight was never in doubt, as the Northern Irishman put in a stunning performance to dominate the 21 lap race in wet conditions, to take the title and his 12th victory of the season.

After securing this historic title, Rea is quickly becoming known as one of WorldSBK’s greats, with compatriot Cal Fogarty’s records in his sights. Ever the fan favourite and a dedicated family man, the three time champion is making his mark on the series in a big way and the question will continue to be asked; how many more can he win? 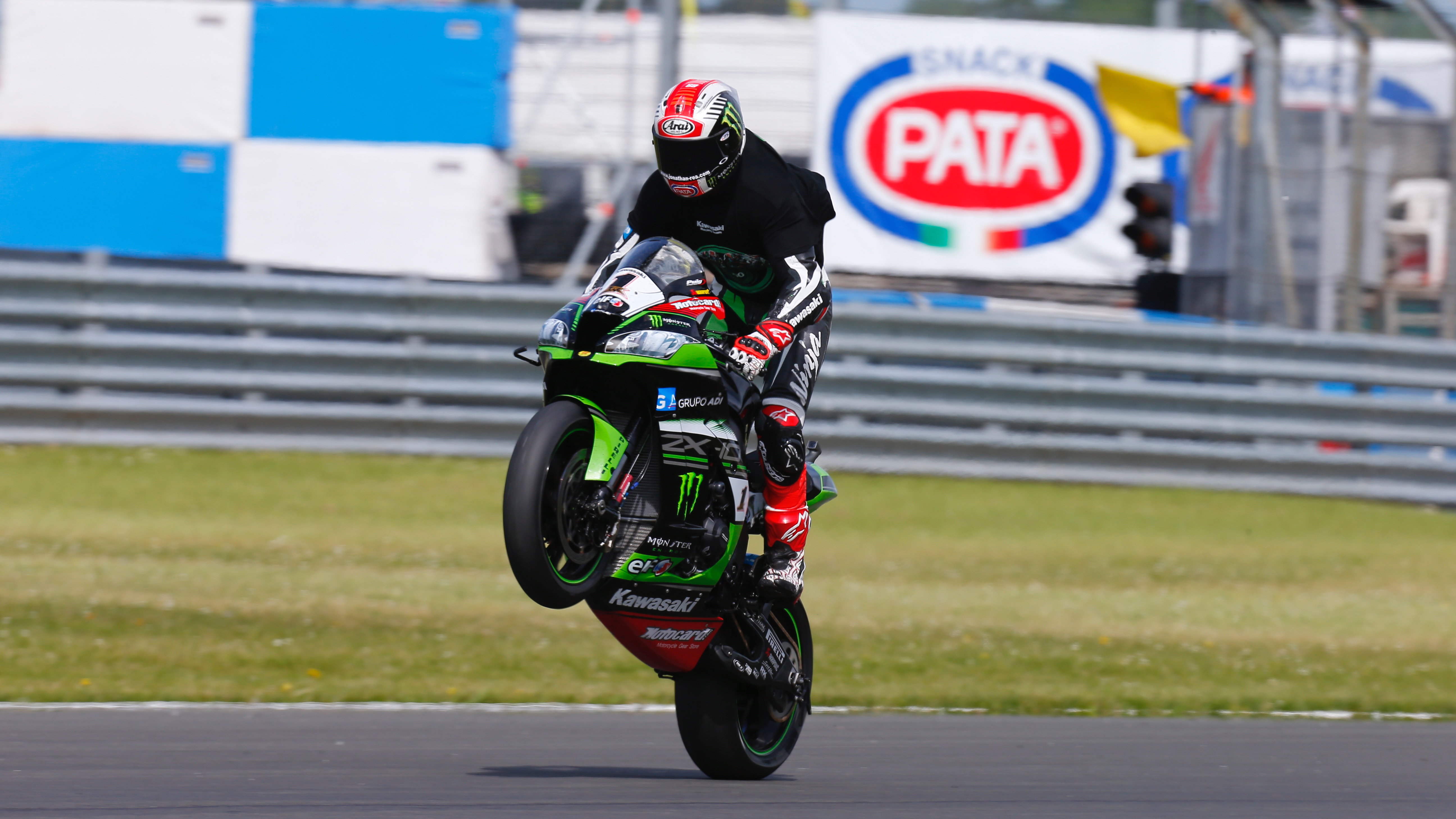 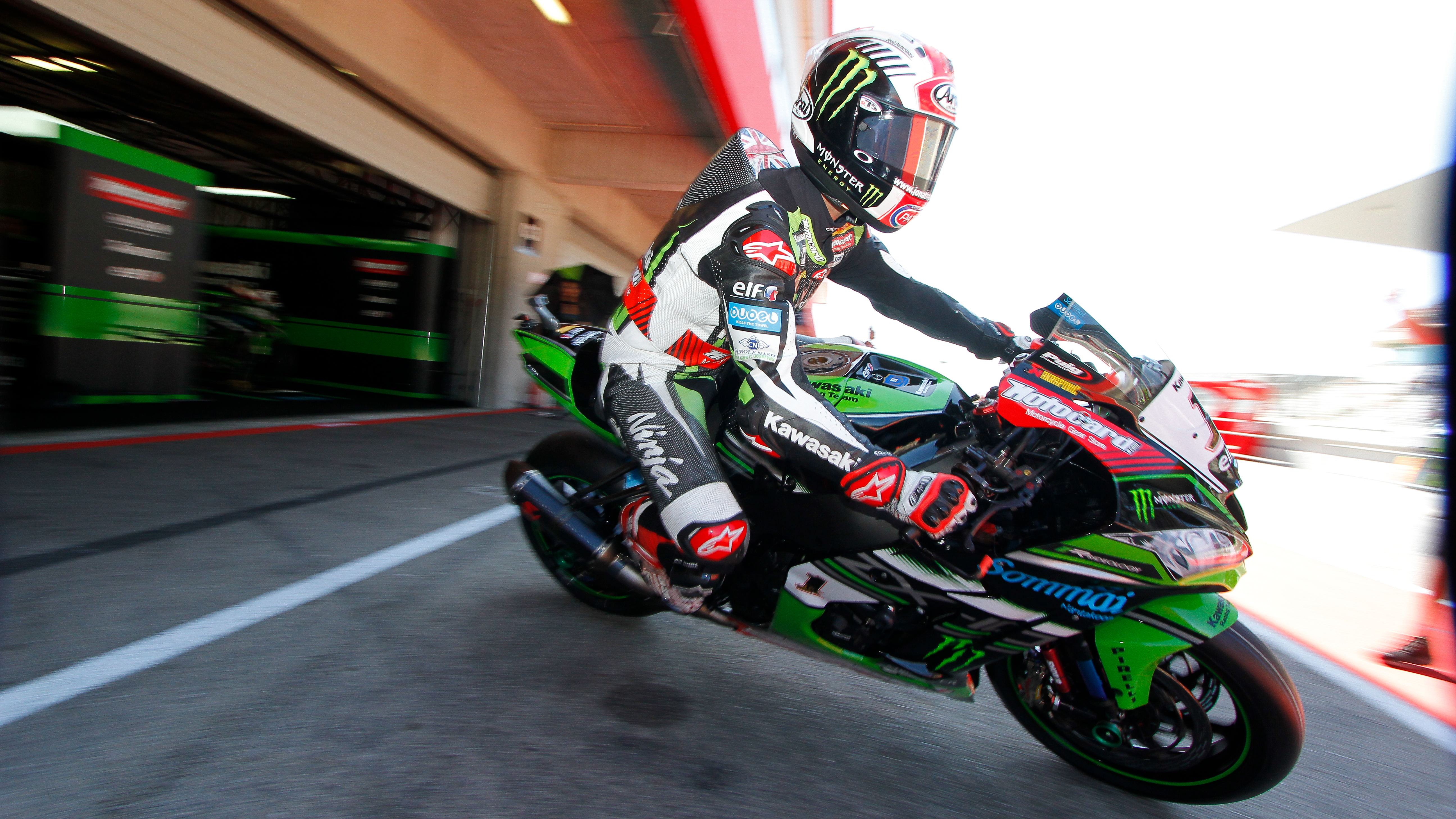 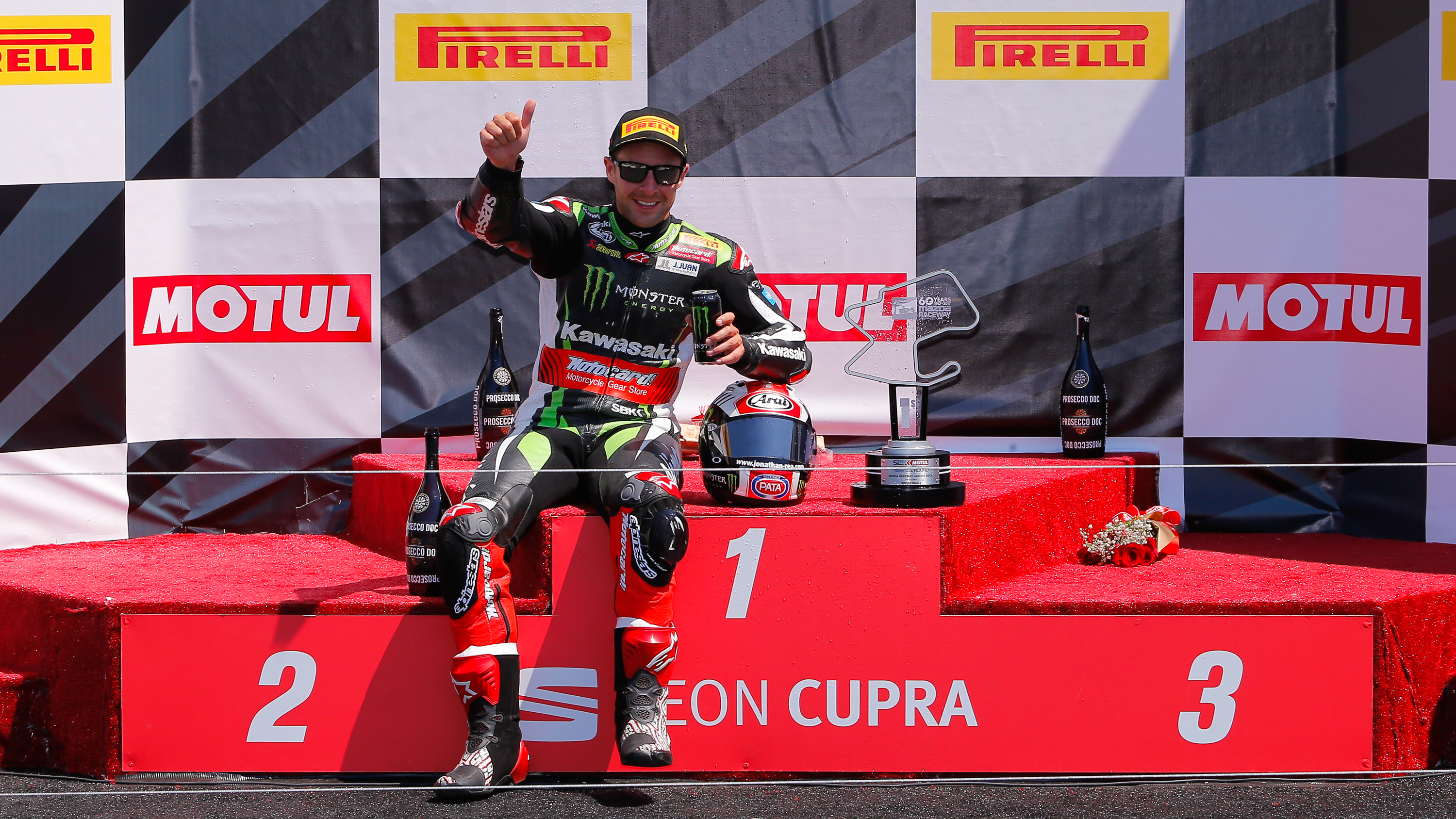 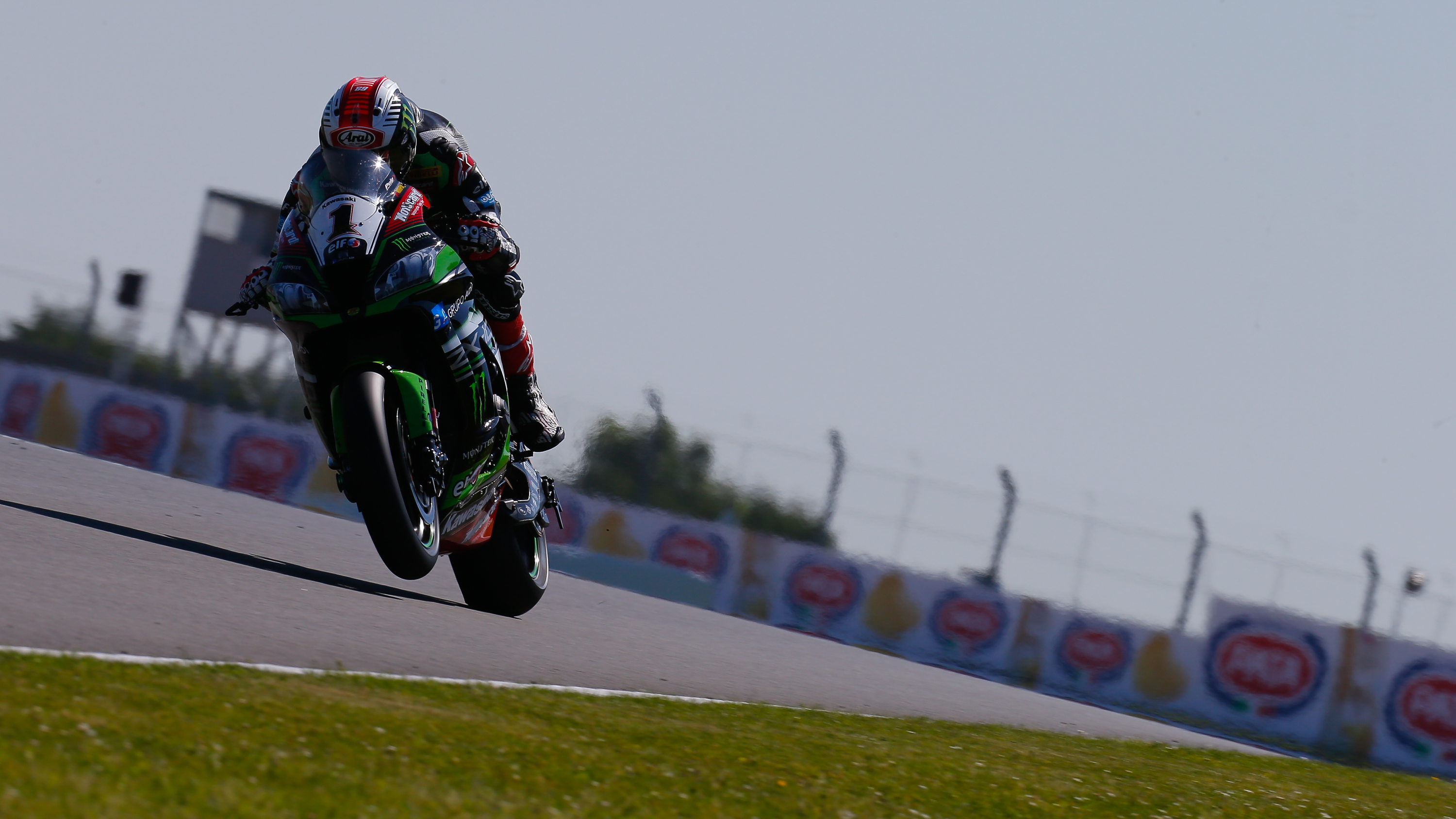 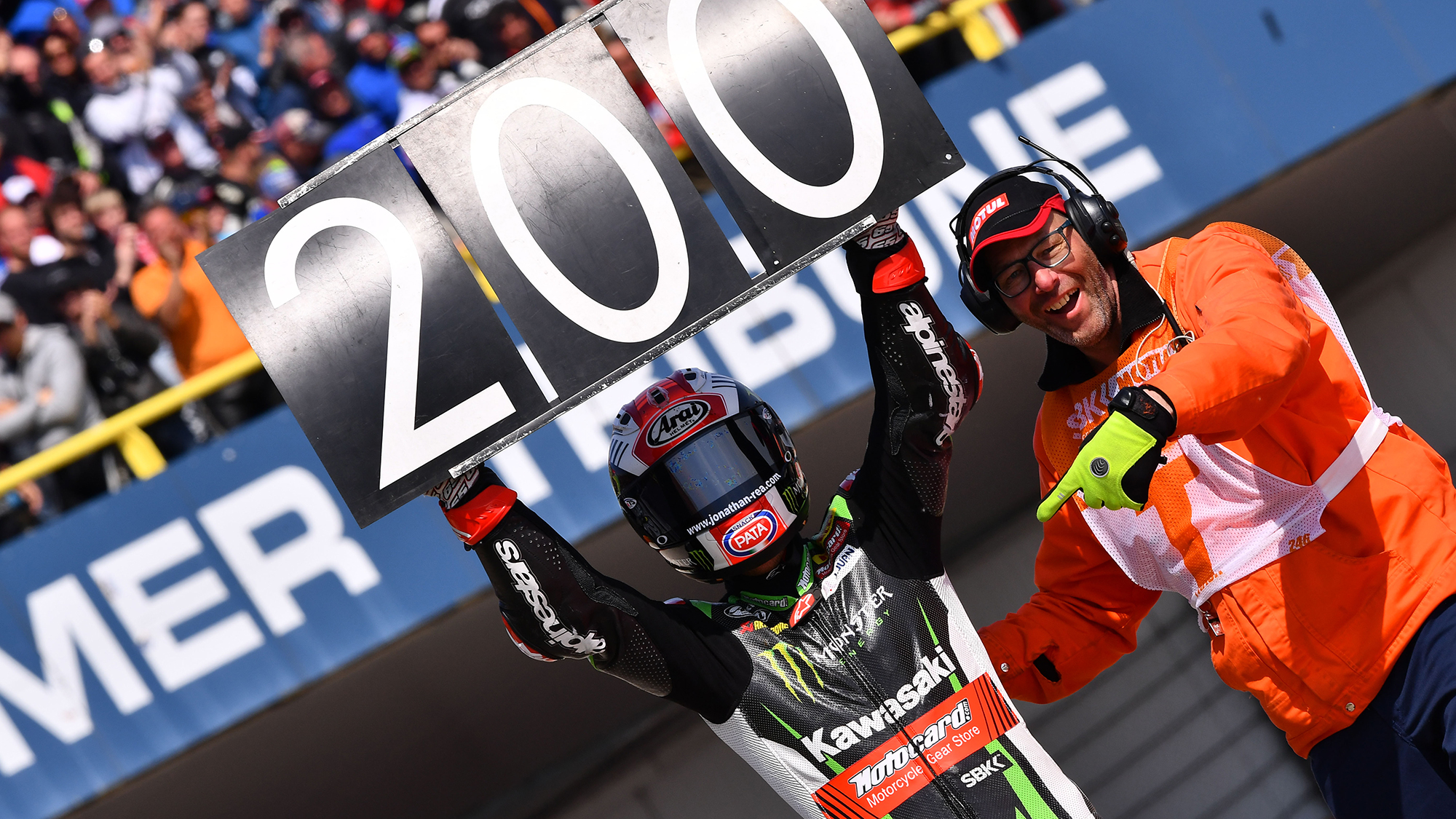 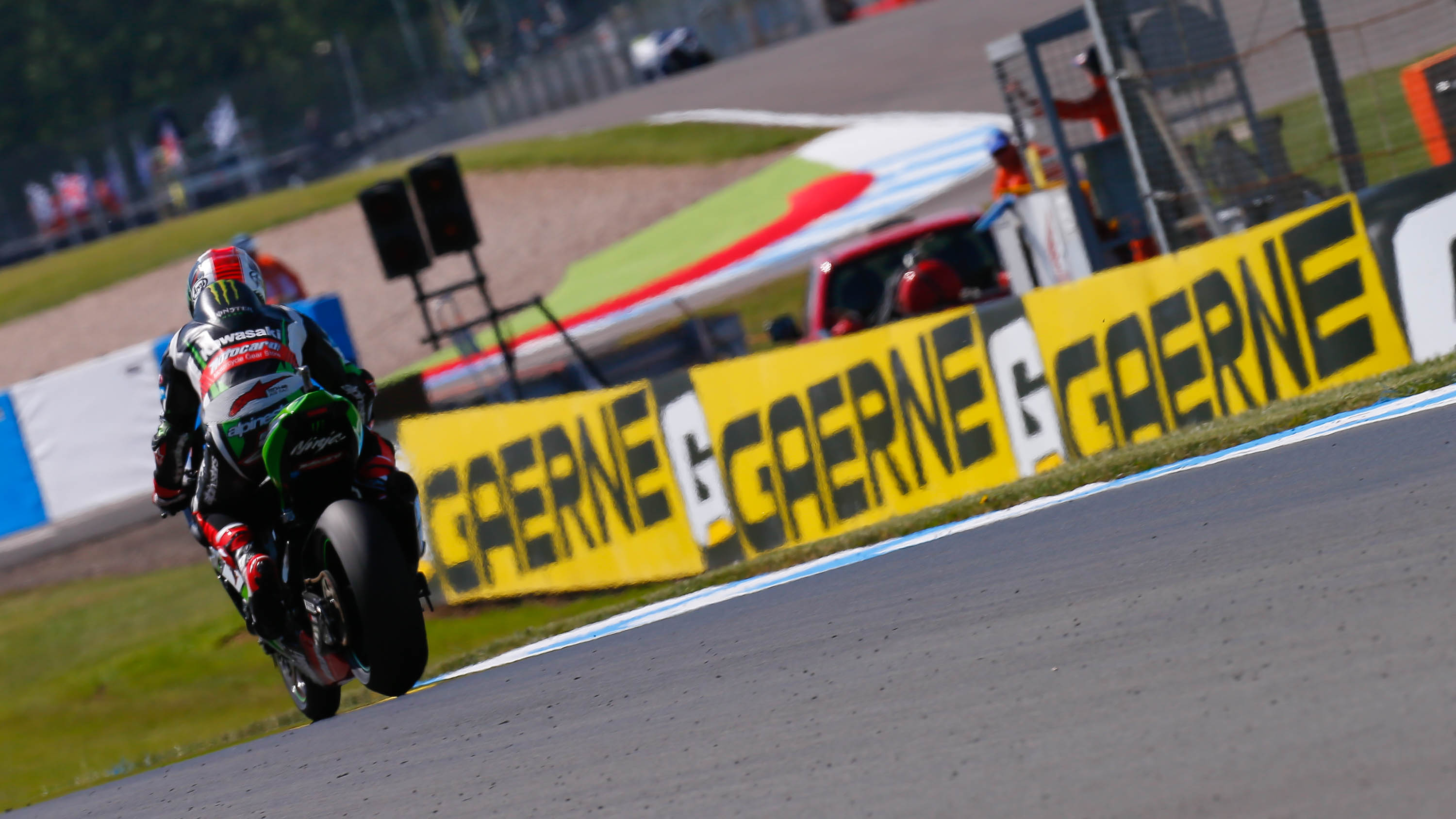 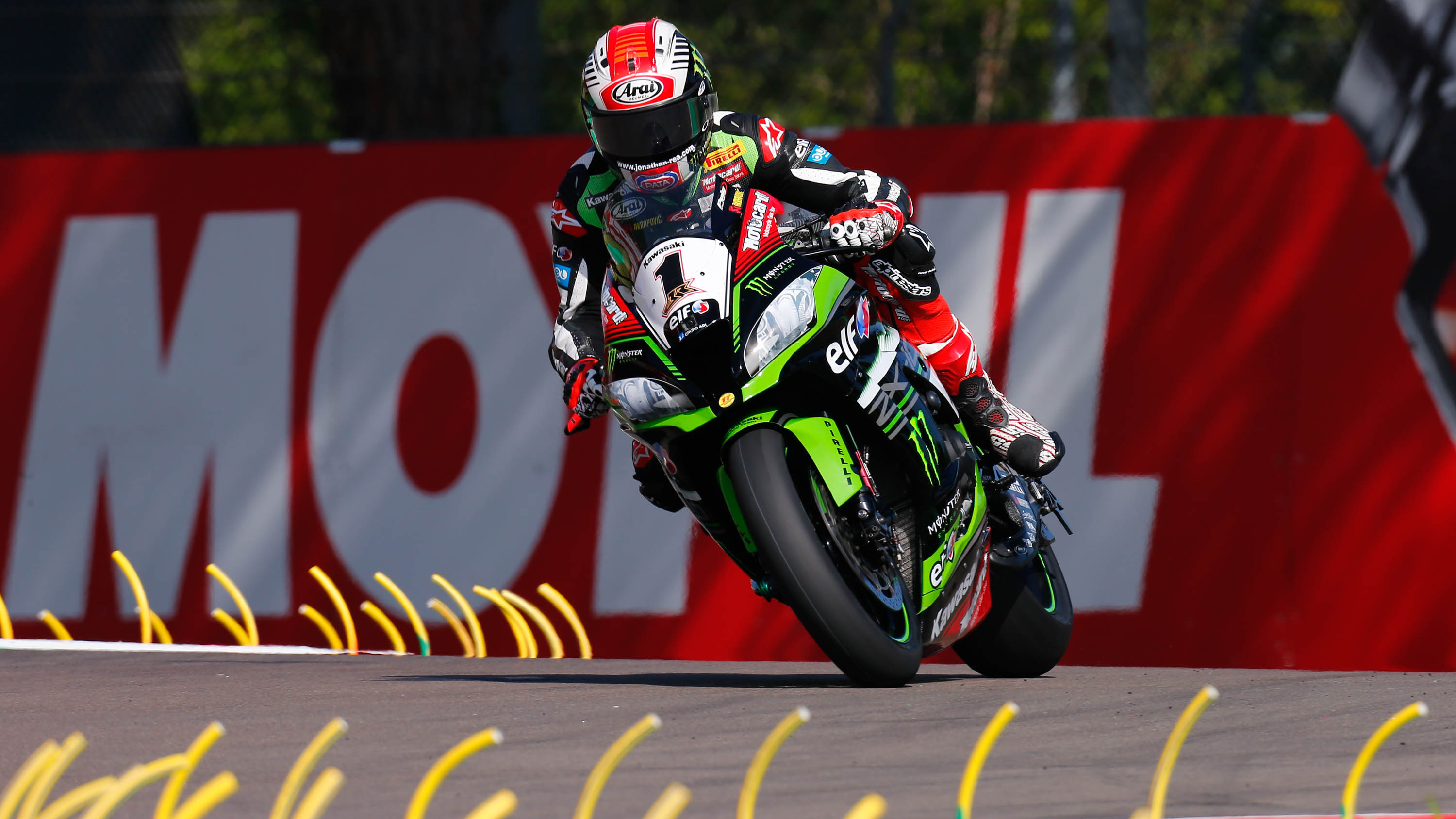 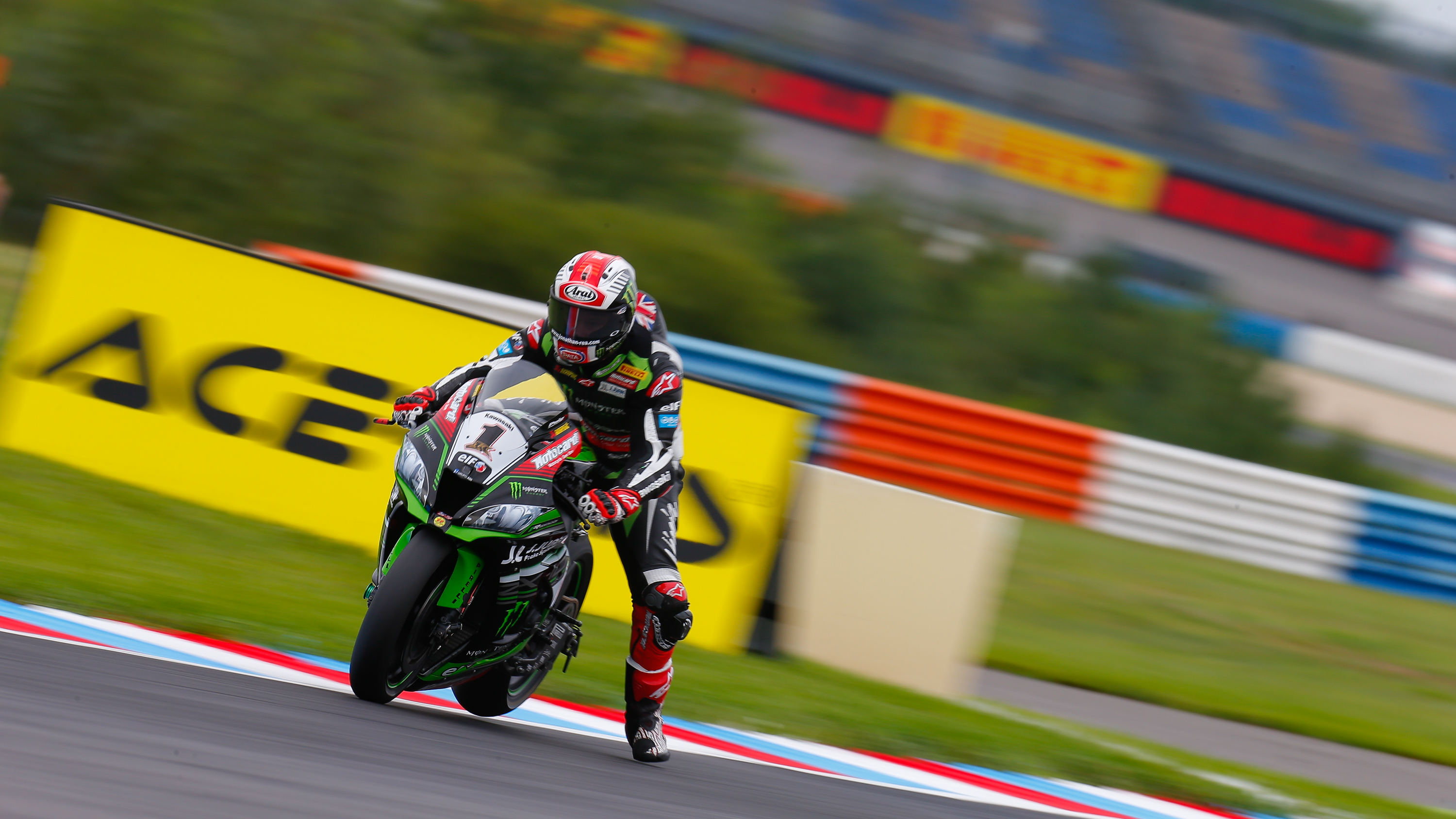 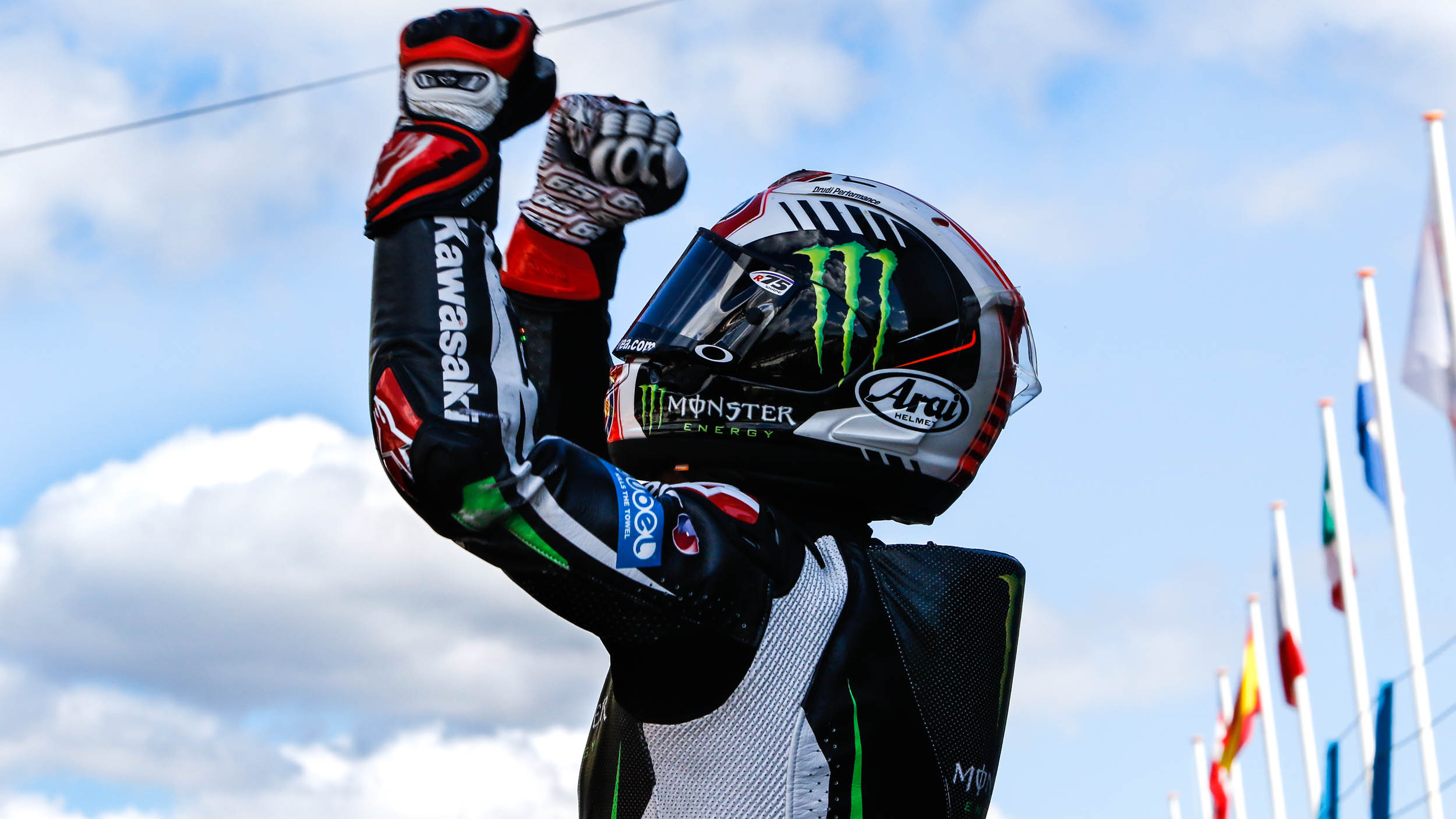 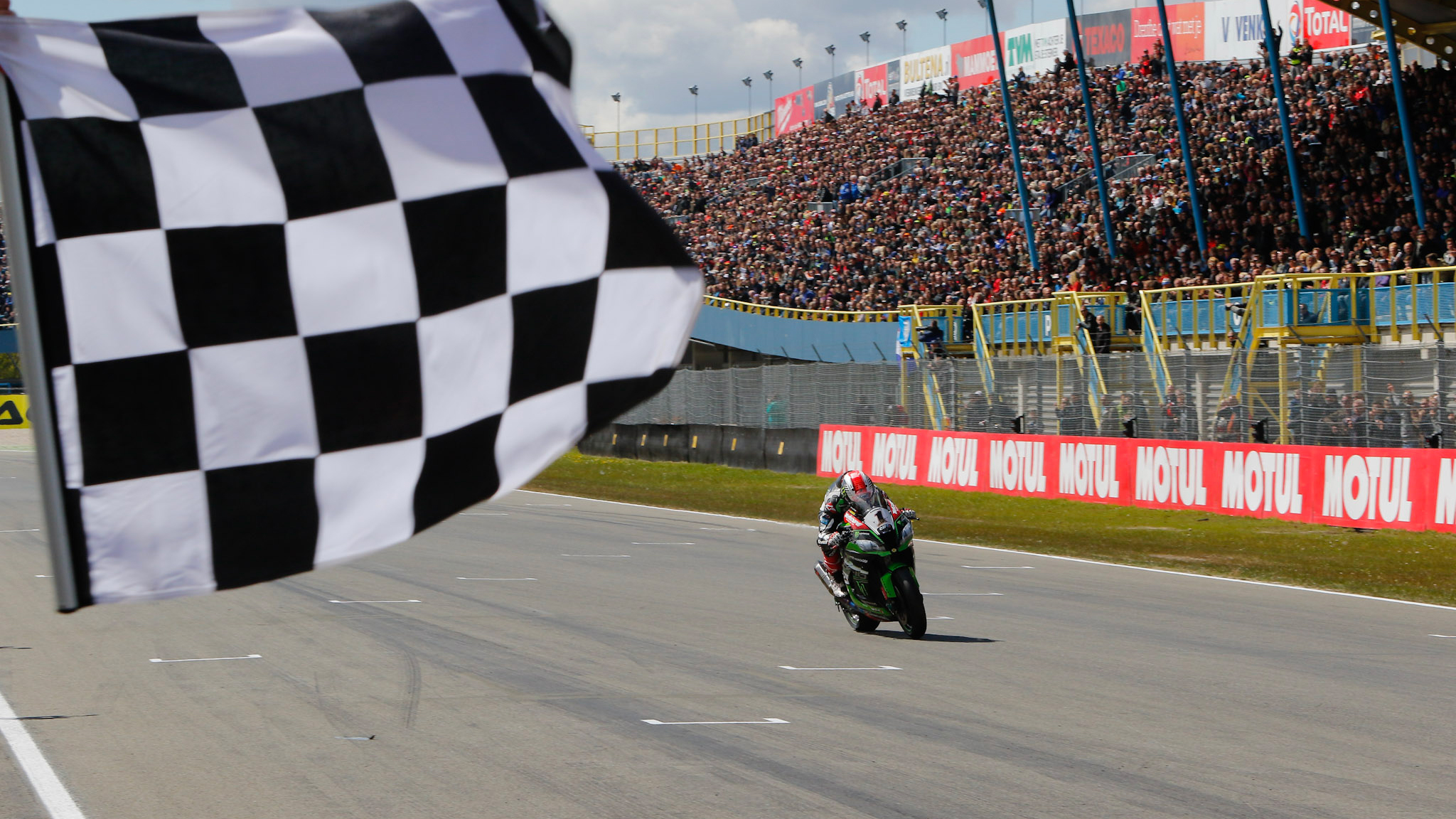 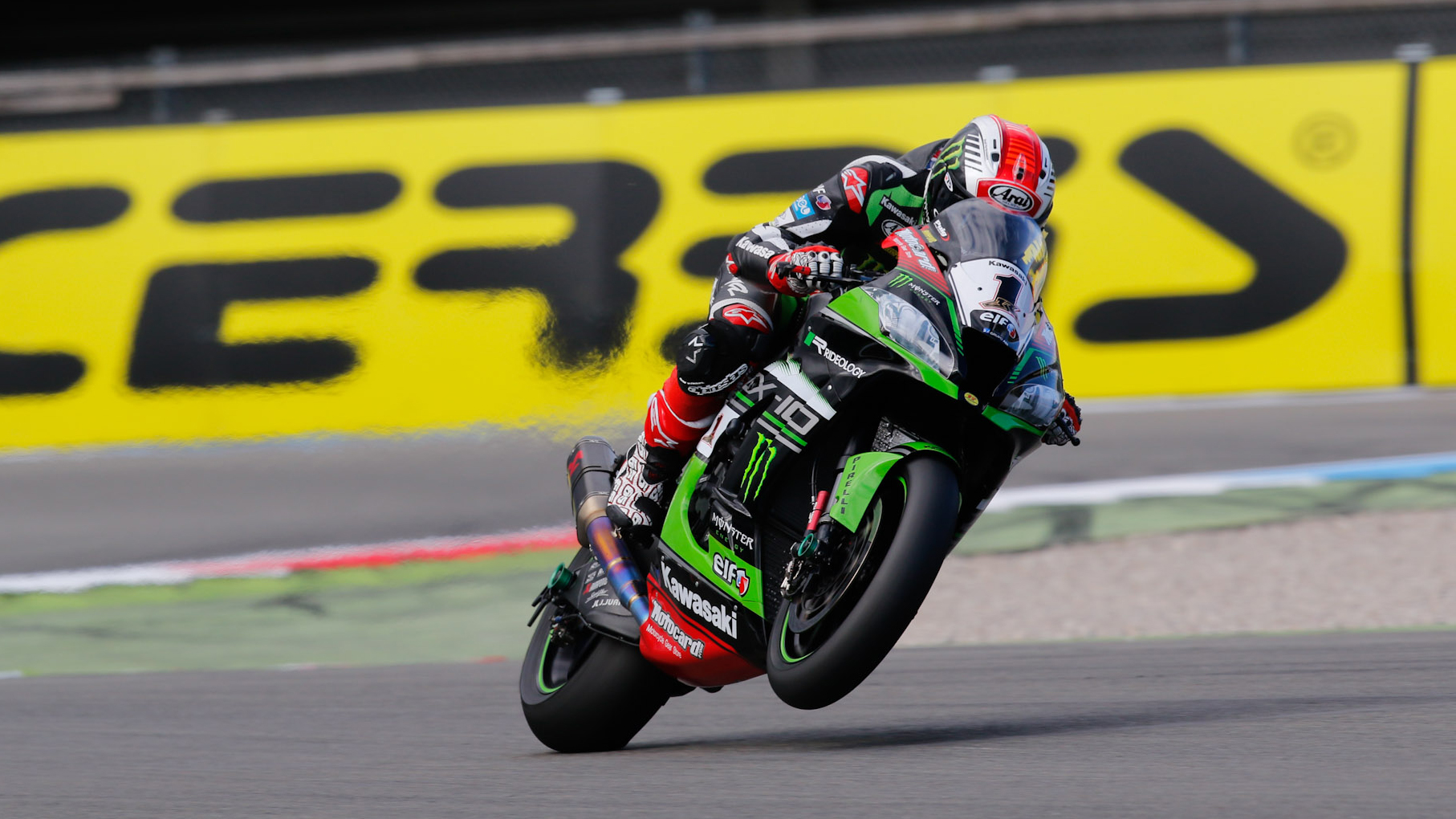