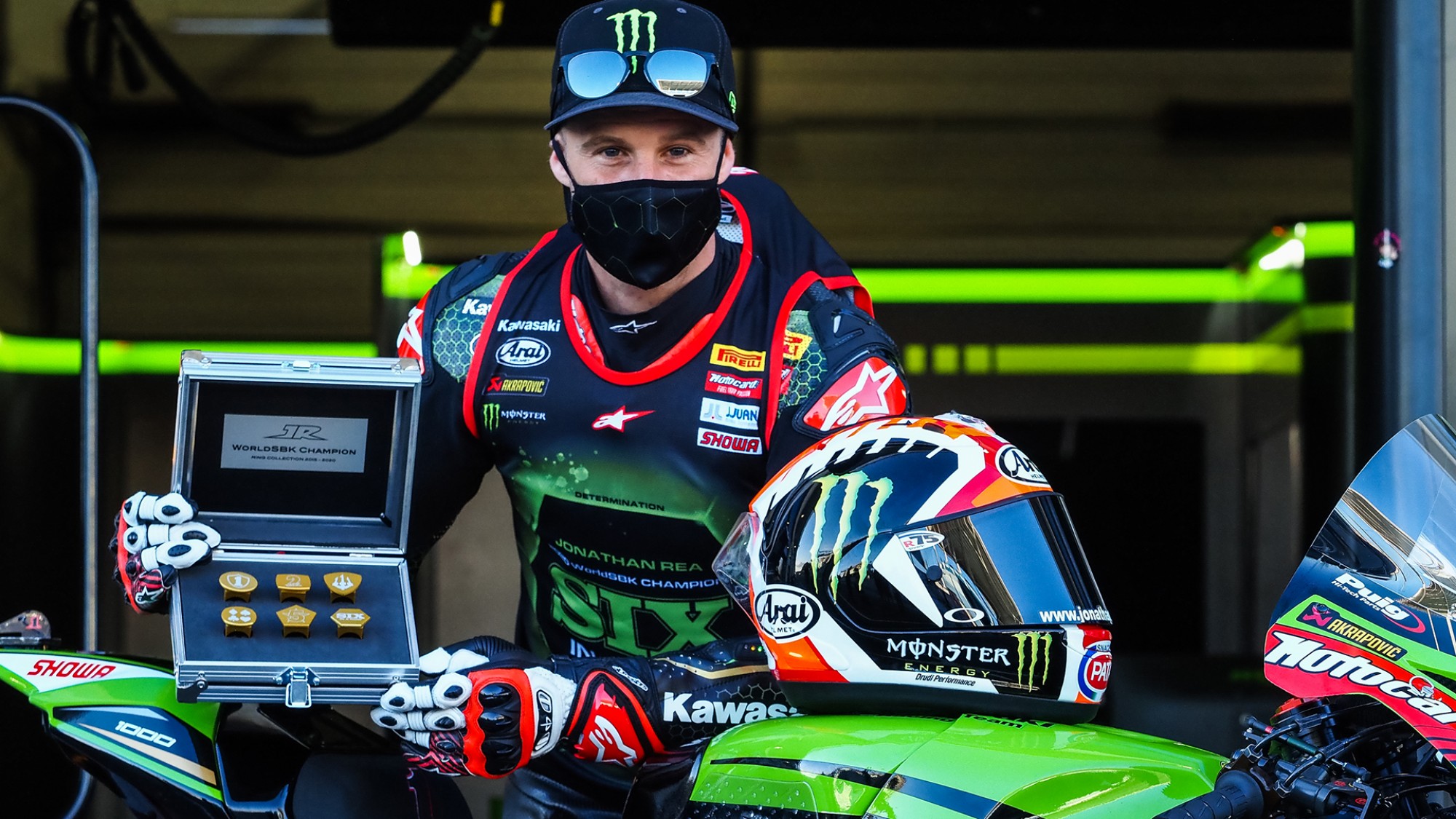 For a fourth straight year, Jonathan Rea has clinched the title in majestic fashion at Estoril, his sixth in all and with a round to spare – but this was the season where his opponents missed a chance.

The 2020 MOTUL FIM Superbike World Championship goes to Northern Ireland once more as record-breaking Champion Jonathan Rea (Kawasaki Racing Team WorldSBK) clinched the title with a thrilling performance at Estoril on Saturday. Despite him racking up the wins as the year progressed and despite a global pandemic setting in, he simply couldn’t be stopped. So, instead of looking at the success of Rea – that can come another time – we look at the demise of his rivals as the season unfolded.

After Race 1 at Phillip Island, we thought that this year could’ve been the one. Rea’s off-track excursion after a collision with Tom Sykes (BMW Motorrad WorldSBK Team) put him at the back of the field but as he fought through, he crashed out. 2020 suddenly became the land of opportunity that we’ve enjoyed, and it was Toprak Razgatlioglu (PATA YAMAHA WorldSBK Official Team) who clinched the victory from Rea’s teammate Alex Lowes and rookie Scott Redding (ARUBA.IT Racing – Ducati). Rea fought back in the Tissot Superpole Race on Sunday morning, but it was new teammate Lowes who defeated KRT’s golden boy on a run to the line in Race 2.

After months off and various Championship calendar updates, WorldSBK was back at Jerez. Scott Redding took charge of Race 1 ahead of Rea, but it wasn’t all lost yet. The Superpole Race specialist took his fourth consecutive win of the 10-lap dash, reminding everyone why there’s a #1 on the front of the ZX-10RR. A few hours later though and it was a race to forget; Redding stormed to victory ahead of teammate Chaz Davies for the first Ducati 1-2 in eight years, whilst Razgatlioglu picked up vital points in third. Michael Ruben Rinaldi (Team GOELEVEN) gave a taster of what was to come in fourth whilst the KRT duo of Lowes and Rea were fifth and sixth respectively. Rea’s worst result for Kawasaki, two wins in six races, got us thinking: is this the changing of the guard?

Round 3 took us to Portimao the weekend later and Jonathan Rea responded in style. 24 points down in the Championship were quickly whittled away and after a magical hat-trick, he was the leader again, this time by four points; Scott Redding’s seventh, fifth and second seeing him drop lose 28 points to Rea throughout the weekend. However, it had also been a weekend of great significance; a DNF for Lowes in Race 2 meant he was now 45 behind Rea, whilst Razgatlioglu crashed and remounted to finish eighth but now he was 33 back and over a race win’s worth behind. Michael van der Mark’s double podium suggested that maybe he was a new rival in the title race.

Rounds four and five took place at the state-of-the-art MotorLand Aragon circuit for the Aragon and Teruel events. Both rounds would see another Championship rival begin to fade – this time, it was the one that looked like Jonathan’s biggest threat. Scott Redding took victory in Race 1 in the first MotorLand round but failed to capitalise on it throughout the remainder of the weekend. By the time the Teruel Round was on, Redding’s luck got worse as he crashed out of Race 1 – a stark contrast to just one week earlier. In a year that would be won and lost by who’d crack first in the second half of the year, Redding now had a task that nobody has ever done – come from behind to beat Jonathan Rea.

By the time the Championship left the inland desert of Aragon and headed to the spectacular Mediterranean city of Barcelona for the first ever Catalunya Round, the atmosphere had changed, and this had to be the round where Redding fought back. Instead, this was the round where Redding suffered one of his hardest weekends. A Race 1 second to Jonathan Rea seemed like a strong start but an extremely difficult Superpole Race and Race 2 meant that, combined with a second and a somewhat lowly fourth for Rea, the gap got bigger; Redding struggling to just sixth in Race 2 and not capitalising on Rea’s difficult Sunday. Heading to his first match-point of the year, Rea sported a lead of 51 points and despite taking Race 1 and the Tissot Superpole Race in France, he couldn’t clinch the crown after a Redding victory and a fourth for him in Race 2. However, he soon got going again in Portugal, wrapping the title up 27 years to the day since Kawasaki’s first Riders’ title at Estoril, with Scott Russell.

Round by round, race by race at some points, Rea’s rivals dropped away. Despite the hell-for-leather start by the opposition and the initial struggles of Rea, the Ulsterman bounced back brilliantly. The KRT family around him focusing on their job, making small, incremental modifications to make the ZX-10RR a lethal weapon under Rea’s stewardship. There’s no combination like it that’s ever been seen before in WorldSBK, a simply startling team that, even in the year where the opposition looked sure to bounce back, were able to remain on top for a sixth straight season.

Watch more thrilling World Superbike action in 2020 and beyond into the off-season with the WorldSBK VideoPass!