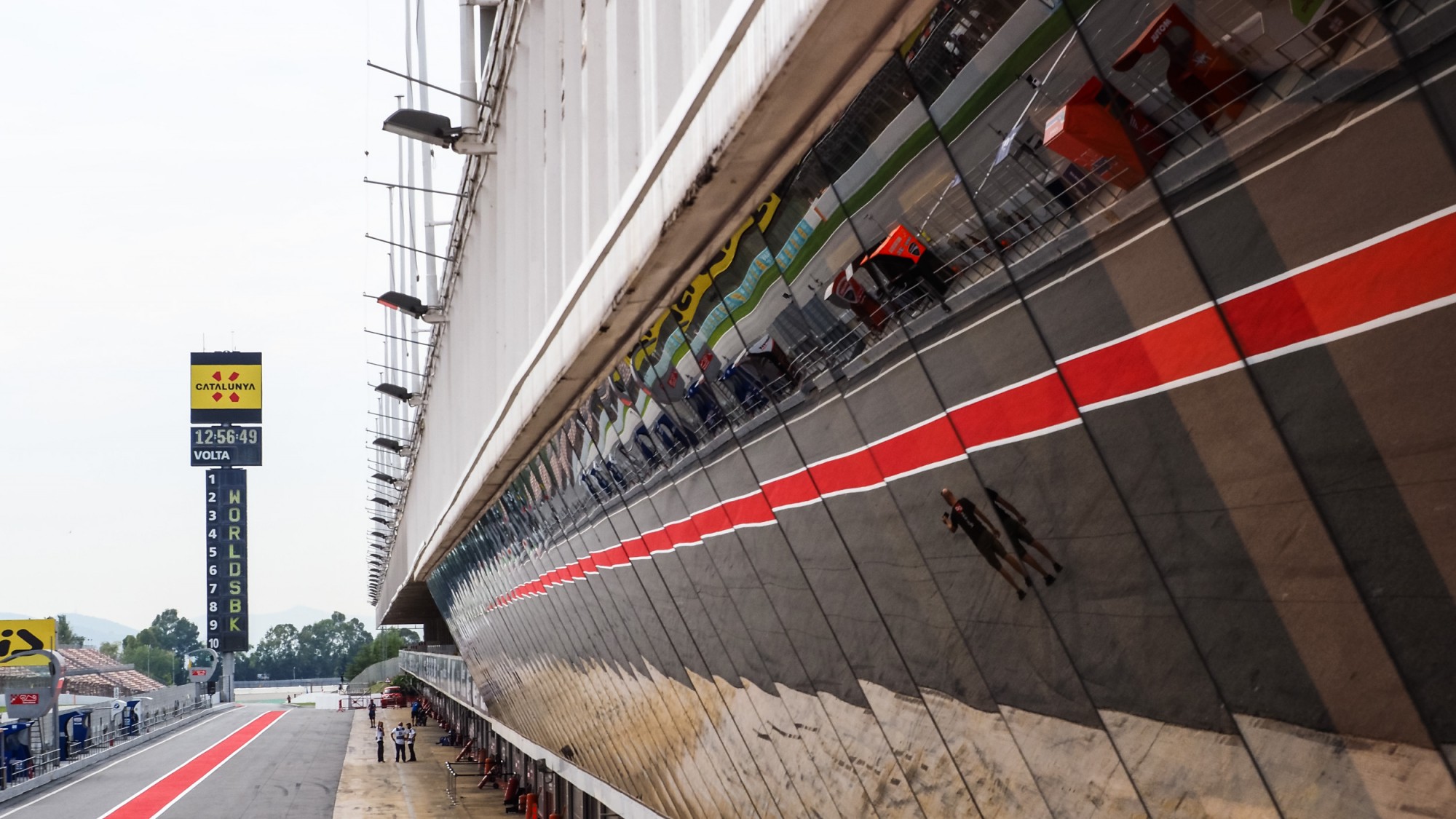 WorldSBK visits its 51st venue this weekend with the Catalunya Round at the Circuit de Barcelona-Catalunya. Commentator Steve English spoke with the KRT to find out about new track challenges

There is always excitement in the year when a new circuit is added to the calendar. Racing at the Circuit de Barcelona-Catalunya will be a new experience for many of the WorldSBK grid, but a mid-summer test will at least mean that the majority of the field has information and data about what to expect. This circuit, a mainstay of the MotoGP™ calendar for almost 30 years, is a known quantity for world class racing and it’s fast, flowing corners are already a firm favourite for the World Superbike stars following the test.

Kawasaki Racing Team WorldSBK’s workshop is metres from the gates to the track but home advantage is no guarantee of on-track advantage. The path to success rarely follows the shortest route; it’s about the hard yards that go in behind the scenes. “Going to a completely new track is a little different to going to one where you have years of data,” said Jonathan Rea. “From a technical perspective, the most important thing is to understand the final gearing for the longest straight. A brand-new circuit is always the hardest because session by session we'll get faster and faster. From a team's point of view, they can get the gearing quite close straight away because they'll look at MotoGP™ or they'll have data from another team that helps them build a gearbox accordingly.

“At this point of a season all the teams should have a base setting and know their bikes so it's about fine tuning that base. In FP1, the electronics engineer is the busiest person in the team because they need to understand the engine braking strategies. Even having been there for a test won't mean that we are immediately ready because the grip will be different.”

The mid-summer test was held in scorching conditions and while it will be cooler this weekend it will still be very warm with 30C temperatures forecast. In a unique WorldSBK season we’ve seen racing in Phillip Island, Jerez, Portimao and Aragon with hot track temperatures all the way through. This had been a weakness of Kawasaki in the past, but they’ve made a big step forward to improve on this area. The Catalan test was a key time to make this improvement. It was a clear line in the sand for the improvements that Kawasaki had made with race simulations looking very strong. At the time it was a surprise but now, other than a small top end deficit, the ZX10-RR is a complete package.

Rea continuously finds a way to become an even more well-rounded package but on the other side of the pit box his teammate, Alex Lowes, is making progress. The Englishman made some changes to his bike settings at Aragon to try and improve his confidence on corner entry and is now ready to show the progress that he’s making. He’s been chipping away at the Kawasaki since the return and a similar approach is needed when you arrive at a new circuit.

“The hardest thing about going to a new circuit is to discovering braking markers or your tip in points,” said Lowes. “When you understand the basics of the circuit you need to find the secrets and every track has a few keys where you need to understand which corners you can really attack, which corners lead onto another where being slow in the first corner can help. Some places you can really attack to find lap time and maybe in the faster sections you can ride in a certain way to get your lap time. There’re many ways you can attack any corner so you need to understand that but it's not too bad now because there's so many onboard laps where you can study the track and understand what people are doing. At the end of the day, you've got to understand the track to let you link up all the corners as well as possible and if you do that, you'll able to set fast times. It's easy...in theory!”

This circuit is sure to be a favourite of the paddock and one that every rider is excited to tackle for a race weekend. Once they understand the basics, they’ll focus on finding the nuances and then making the final push to find the limits. The best riders find that limit as early as possible, but they’ll also know the important thing isn’t to peak on Friday it’s to build until Saturday morning’s Superpole. The Kawasaki’s will be strong. Ducati will be fast. Honda are finding improvements and have now had podium finishes. Yamaha will be more confident of a challenging at the front. BMW are starting to make progress with the S1000 RR and were competitive at the test with both bikes inside the top six. WorldSBK has waited a long time to come to Catalunya...it’ll be worth the wait.

Don’t miss out on the action that is set to unfold and enjoy the inaugural Catalunya Round with the WorldSBK VideoPass!